Your password could soon be a sound from your skull

Fingerprint scanners are becoming the norm for unlocking our mobile devices these days, while iris and facial recognition are also being explored, but the next big solution in biometric authentication might be something that can only come from inside your head. Literally. A group of university researchers in Germany have come up with a system that uses a unique sound that comes from within a user’s skull.

“SkullConduct,” as it’s called, uses a bone conduction speaker and microphone connected to a user’s head. The researchers created a device by modifying a Google Glass wearable, so that when it’s worn, it plays a 1-second clip of audio that is imperceptible to the user. The microphone is then able to pickup and record that sound after it’s passed through their skull. 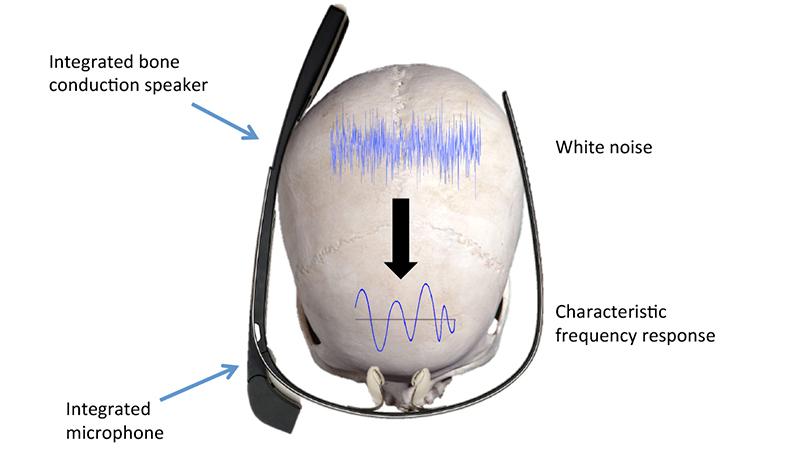 Because the shape of someone’s skull is unique, and thus the way the sound bounces around inside is as well, the signal that comes out can be tied to a specific individual, much like how fingerprints are. This makes it perfect for authentication, and it doesn’t require the user to remember anything or make a specific physical gesture.

The researchers, which hail from Germany’s University of Stuttgart, Saarland University, and the Max Planck Institute for Informatics, say that in testing the SkullConduct system was able to correctly identify the right person with a 97% success rate.

While this is still in the research stage, a few limitations that have been discovered include large amounts of background noise preventing the audio from being picked up, as well as a user’s weight gain changing the audio pattern as it plays through the skull over time.