Many developers and publishers are offering free next-generation upgrades for their current-gen games, and it’ll be no different for Gearbox and Borderlands 3. While we previously knew that Borderlands 3 would be coming to Xbox Series X and PlayStation 5, we didn’t know when the next-gen version will be available. That all changed today, with Gearbox announcing release dates for the Xbox Series X and PlayStation 5 versions of Borderlands 3.

We’ll also be getting some improvements in the next-gen versions of Borderlands 3. As previously announced, Borderlands 3 will run at 60 frames per second in 4K resolution in single player and online co-op mode. The Xbox Series X and PlayStation 5 versions of the game will also support three and four player splitscreen local multiplayer, which is indeed a rarity among many games these days. 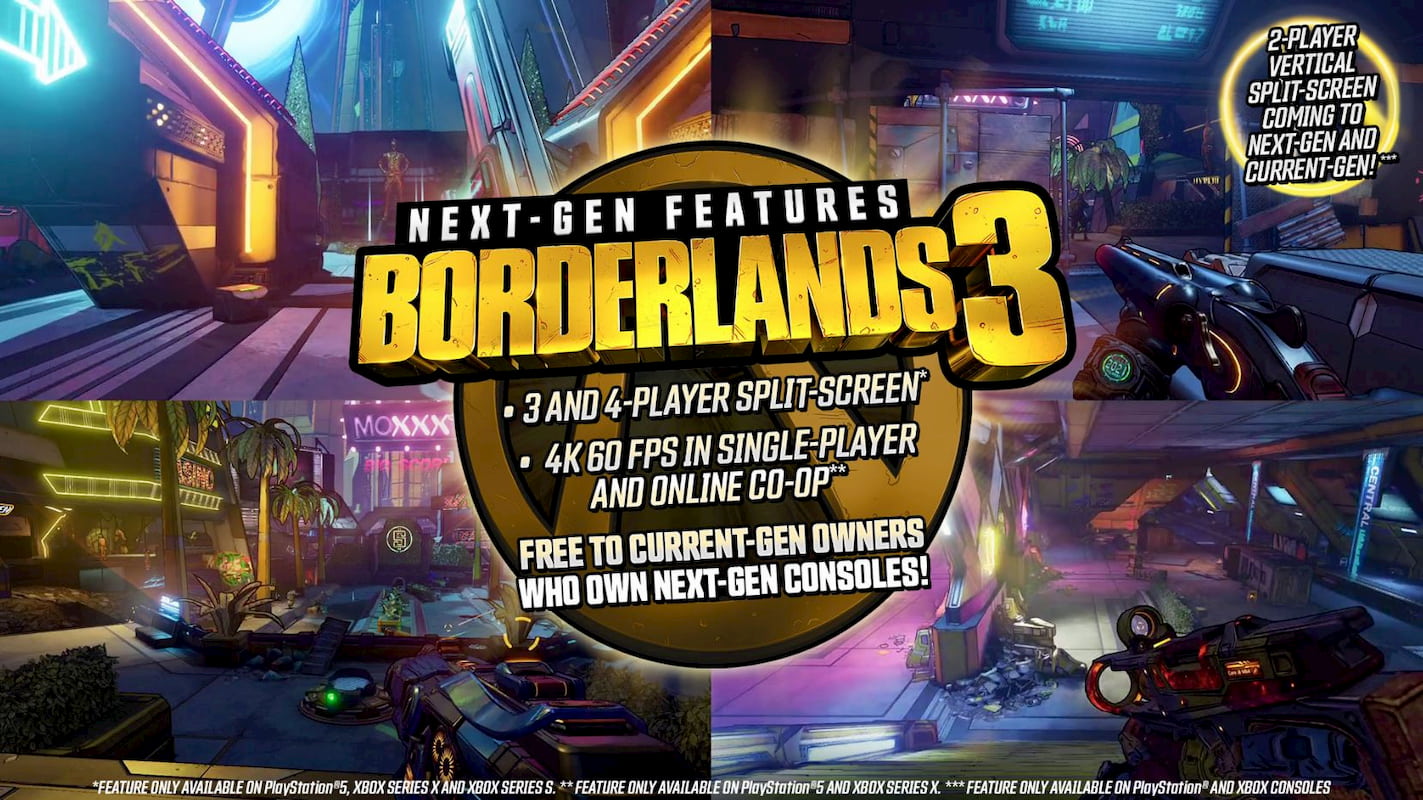 Gearbox also explained the upgrade process for Borderlands 3 today, saying that players will be able to upgrade to next-gen versions within the same console family (so those who own the game on Xbox One will be able to upgrade to the Xbox Series X/S version, etc). Those who have a disc-based version of the game can still upgrade to a next-gen version, but it’ll require a next-gen console with a disc drive – meaning the Xbox Series X or standard PlayStation 5, which will each run $499.99.

At this point, we’re not sure how disc-based upgrades work, but it sounds like you might use your current-gen disc for verification and then you’ll be able to download a digital next-gen copy. Gearbox says we’ll learn more during a livestream on the Borderlands Twitch channel on October 29th and 9AM PDT, so we’ll look for more details then.