This is how dual screen smartphones should be. Except, perhaps, for the less than premium specs. Last month, Meizu revealed its own take on the idea of a phone with screens front and back, ending up with a strange design that has yet to be proven in practice. The again, Russian phone maker Yota had two chances to make a dual-screen phone work, neither of which exactly took either local or international markets by storm. Not one to easily throw in the towel, Yota has partnered with a Chinese manufacturer to bring a third gen YotaPhone to life, one that may have even less chance of succeeding compared to its forebears.

The idea of a phone with two screens on both sides might seem both strange and convenient at the same time. In theory, and unlike in Meizu’s case, the second screen uses an electronic paper display or EPD instead of a regular colored LCD or OLED. Not just for reading ebooks, this type of screen only consumes power when changing what’s being displayed. In other words, it can really be always on without draining the battery.

That was the theory at least. For the past two YotaPhone generations, the second screen provided a way to have always visible information, like widgets, maps, photos, or even notifications, that change little over time. And yes, you can also use it to read books. 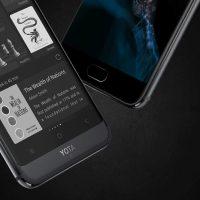 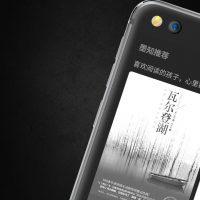 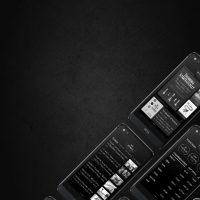 The first two phones, though they enjoyed some press love, didn’t really take off. But, as the say, third time’s a charm. That said, The YotaPhone 3 will be up against quite a lot of rivals, and it might not have much going for it in terms of hardware. The main 5.5-inch AMOLED screen has a 1920×1080 pixel resolution while the 5.2-inch EPD has 1280×720 pixels. Both are driven by an octa-core Qualcomm Snapdragon 625 with 4 GB of RAM and 64 or 128 GB of internal storage. The 3,200 mAh battery is, of course, nonremovable.

If those specs sound a bit familiar, you might have taken a peek at the BlackBerry KEYone, which has the same basic specs. So if you find the KEYone’s mid-range nature acceptable, you might have no problems with the YotaPhone 3. The only problem, then, will be one of availability. The dual screen smarrtphone will supposedly launch next month in China and Russia for $350 and $450 for the 64 and 128 GB models, respectively. No word yet on other markets.