Some people are advised to think out of the box in order to arrive at creative solutions to problems. Yamaha might have done exactly just that, almost literally, and without any real problem to solve. It has taken engineers and designers from its Yamaha Corporation, which makes musical instruments, and from its Yamaha Motor Company, which makes bikes, out of their respective work boxes and put them in each other’s shoes. The goal: to come up with designs for the respective products that incorporate the sometimes incompatible ideas and thinking of another.

This seemingly insane effort is part of Yamaha’s “Ah A May” project (hint: it’s “Yamaha” spelled in reverse) which tries to inspire the creative juices of designers and engineers by making them work on something they’re not normally used to. Motorcycle engineers are tasked to create musical instruments, while those who make musical instruments will attempt to design a motor bike. And the results, at least the musical instruments, are inspired, fascinating, and eerie, all at the same time.

First up is Fujin, named after the Japanese god of the wind, is a rather airy take on the xylophone. It is an instrument that will require two people to play, seated inside a ring of xylophone bars like two riders on a motorcycle. The back rider spins the ring around while the front rider hammers out random notes. Random because, unlike in a real xylophone, you really wouldn’t know which bars you’d be hitting and is like a game of musical roulette. 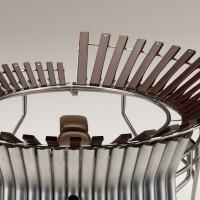 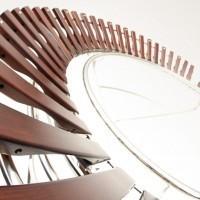 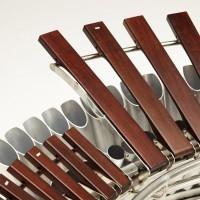 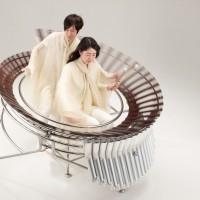 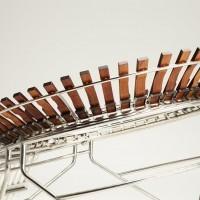 Raijin is name after the god of lightning and storms, which is appropriate given that it disassembles and reassembles a drum set in an extremely eccentric fashion. The drums, snares, cymbals, and kick pedals are arranged inside a sphere of metal tubing. The player, of course, stays inside and hammers through the set in whatever direction he or she wants. The end result will most likely make you feel like a real god of thunder beating up a storm. 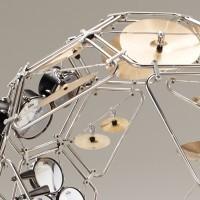 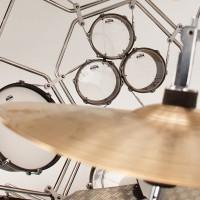 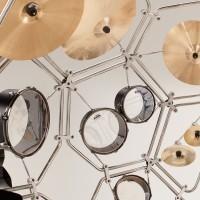 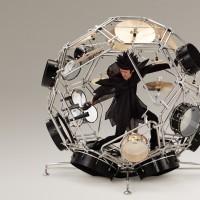 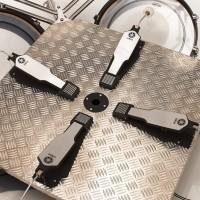 Of course, neither of these instruments will ever be useful in a real musical performance, and Yamaha isn’t intending to commercialize these anyway. They’re really mostly just for fun and to showcase the wild ideas you can come up with a bit of imagination, and some company sponsored time to work on other projects.