Yale, the locks and hardware company, not the university, has announced a new smart lock product that it says is the slimmest currently available on the market. Called the Yale Assure Lock SL, this electronic deadbolt boasts a very slim body and a touchscreen display, the combination of which gives home and business owners a way to update their security without adding a bulging, unsightly gizmo.

The lock features a ‘contemporary’ design, according to Yale, which says its product offers weather-tight construction that protects the sensitive internals. As the images show, users are given access to a keypad, enabling them to enter a code rather than using a key or phone. The keypad appears on the touch display, which itself wakes up when touched. 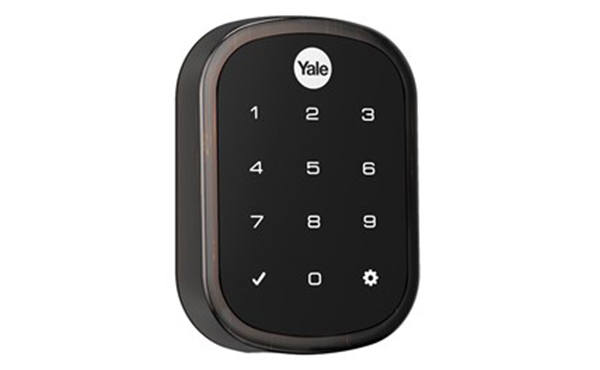 The Assure Lock SL model can be implemented into an overall smart home setup thanks to a network module; it supports ZigBee and Z-Wave at the moment, but will soon add support for HomeKit. Both the ZigBee and Z-Wave modules can be used with Alexa, as well, if there’s either a Wink Hub or a Samsung SmartThings Hub in the mix.

If you’re not interested in the connected model, you’ll pay less for the same electronic functionality, but without the smart home possibilities — that model is $169.99 USD, while the version with a network module is $219.99 USD. Network modules can be purchased for $49.99 USD each.

If you get the network module version of the SL lock, you’ll be able to store up to 250 access codes, whereas the non-network version can only hold up to 25 codes. Any of these codes can be deleted whenever the user likes, or they can be changed, making it possible to give someone temporary access to a home or room by deleting the code later on.