Most might be familiar with the way fingerprints can be used to uniquely identify individuals, but anyone who has watched a few seasons of CSI will probably know by now that a lot of other body parts can be used similarly. Parts like ears and palms, which, coincidentally, are body parts other than fingers that also get in contact with smartphone screens. Bearing that in mind, researchers from Yahoo have found a way to turn ordinary smartphone touchscreens into makeshift biometric scanners for these body parts.

Biometrics in smartphones like fingerprint scanners are nothing new, but they’re not exactly affordable either, which still makes it rare for devices across all tiers to add the convenience and security they offer. But what if you don’t need that extra hardware to pull off something just as accurate and something even more generic? What if all you needed was your touchscreen?

That is exactly what these Yahoo researchers achieved with what they are calling Bodyprint. In a nutshell, the technology uses the touchscreen as an imaging sensor in order to detect not just fingers but also knuckles, palms, and even ears. These can then be used to identify and authenticate a user, or even multiple users each with their own unique finger, palm, or ear prints. 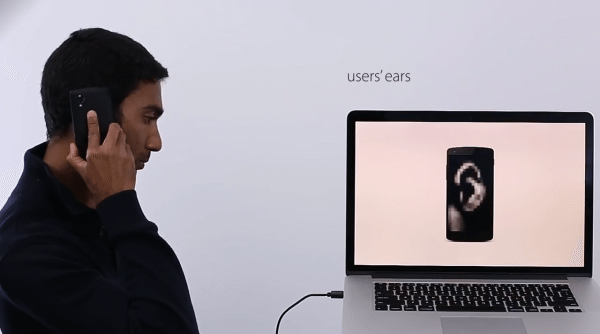 Aside from potentially becoming more available to any device that has a touchscreen, Bodyprint also extends the authentication beyond a single person use case. Two people can, for example, lock and sign a document and only when those two have given their bodyprint.

That said, Bodyprint is still in the research stage and there’s no indication yet whether anyone, even Yahoo, plans to take this further. As for accuracy, the team tested the system on 12 subjects and they got very impressive results, identifying body parts with 99.98 percent accuracy and identifying users 99.52 percent accuracy, with low false positives of 26.82 percent.