Xperia Z5 Plus tipped to get 4K display

It’s more than a bit odd to me that the resolution of many tablets and smartphones is higher than the resolution that many of us enjoy on our computers. Word is circulating that Sony Mobile might be among the first smartphone makers in the world to launch a smartphone that rocks a 4K UHD display. The smartphone rumored to be getting that 4K screen is the Xperia X5 Plus.

The tidbit about the 4K screen surfaced in the user-agent profile for all variants of the smartphone. That profile data clearly lists a screen resolution of 2160 x 3840. The profile data also claims that the smartphone will run a Snapdragon 810 MSM8944 chipset. 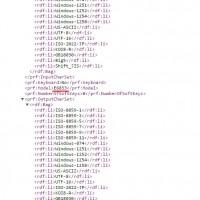 Profile data doesn’t tip anything on the size of the screen, but odds are we are looking for at least 5.5-inches of screen. Assuming that 5.5-inch screen size and the resolution of 2160 x 3840, the Z5 Plus would have a pixel density of somewhere around 801 ppi.

One thing we can’t be sure of is if users actually want a 4K screen on such a small device. I think higher resolution is great, as long as it doesn’t drive the cost of the smartphone up significantly. Most us probably won’t be able to tell the difference between 4K and 1080p on such a small screen.