With all that has happened this year, you’d think that the smartphone market has drastically changed over the past few months. Some might have expected Huawei to sink and Apple to reclaim its throne as the world’s Top 2. The smartphone market as a whole did shrink a bit and Huawei did lose market share but not enough for Apple to recover. In fact, the Cupertino-based company sunk even lower, allowing Xioami to finally take over a coveted Number 3 spot.

As a whole, the smartphone market in the third quarter of 2020 declined by 5.7%, at least compared to the same period last year. That said, this is actually a good period for the industry compared to the previous two quarters as companies, factories, and consumers start to get back on their feet after months of lockdowns and restrictions.

Not all phone makers, however, had a good quarter and, in fact, only two in the top five can be considered to have gained market share, at least based on Gartner’s latest figures. Even though it only grew by 2.2%, Samsung still takes the lead. Huawei surprisingly retains its position despite having lost 21.3% of its part of the market pie.

The biggest winner, however, is Xiaomi. The Chinese company grew 34.9%, enough to display Apple. And that’s even without entering the US market yet. The market analyst attributes this lead to Huawei’s loss in markets outside of China and it could overtake its embattled compatriot if Huawei’s fate doesn’t change in the next quarters. 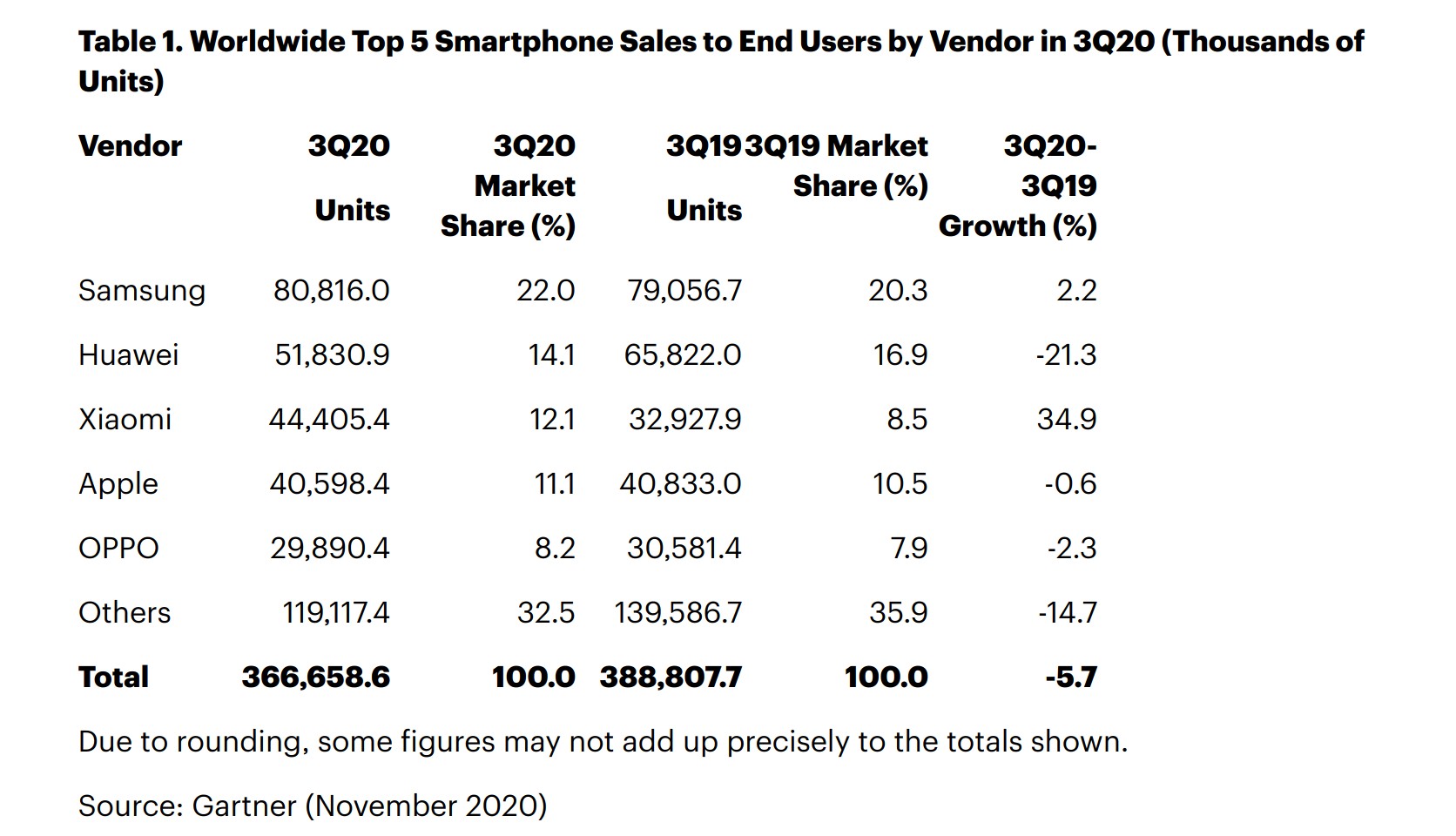 That said, Apple will surely recover in the next quarter. The delay of its iPhone 12 launch, which should have launched by September, caused the company’s almost stagnant shipments last quarter. Given the popularity of Apple’s first 5G phones, that will definitely change course in the coming months.