Your Xbox One is already used for gaming, watching movies, and other assorted activities, and now it can be used to brush up on your language skills…at least if those language skills requiring learning English or Spanish. This is made possible through Rosetta Stone, which has announced the launch of an Xbox One app that teaches the languages through a sort of simulated immersion environment, much like what you would get traveling to a region that spoke the language.

Rosetta Stone announced its new app on Tuesday, saying that with it the console owners can use their Xbox to learn new languages. The app is called Rosetta Stone’s Discover Languages app, and it presently only offers English and Spanish training. 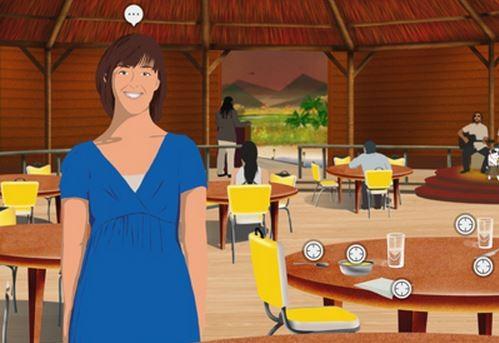 The app works by introducing users to the Discovery Zone, where they’ll chat with different characters while exploring several locations. There is also a Training Zone, which is where the gamers will “solidify the concepts” they’ve picked up at any given point using everything from games to recommendations on studying.

Obviously the app uses the same language-learning technology that is present in its language software, using immersion methods that are spread throughout a game rather than an education app. Be sure to hit up the timeline below to see other recent Xbox One news!