Unlike smartphones or even PCs, gaming consoles are something you buy once every 5 or so years and almost never upgrade. Their value comes primarily from the new games that arrive annually and the updates that extend the device’s functionality way beyond the original release. Often without having to buy a new part or peripheral. One such update lands for the Xbox One this month that, among other things, make it seem like you can talk to your console even if you’re actually talking to your speaker instead.

Microsoft has been teaming up with Amazon to make Cortana and Alexa work together across the two companies’ devices. Barely two months ago, the two finally launched their much-advertised but also delayed Cortana-Alexa integration. Now it’s bringing a part of that to the Xbox One. A new Xbox Skill is available for both Cortana and Alexa which will let you control aspects of your console with your voice. Something the old Kinect did before Microsoft killed it. 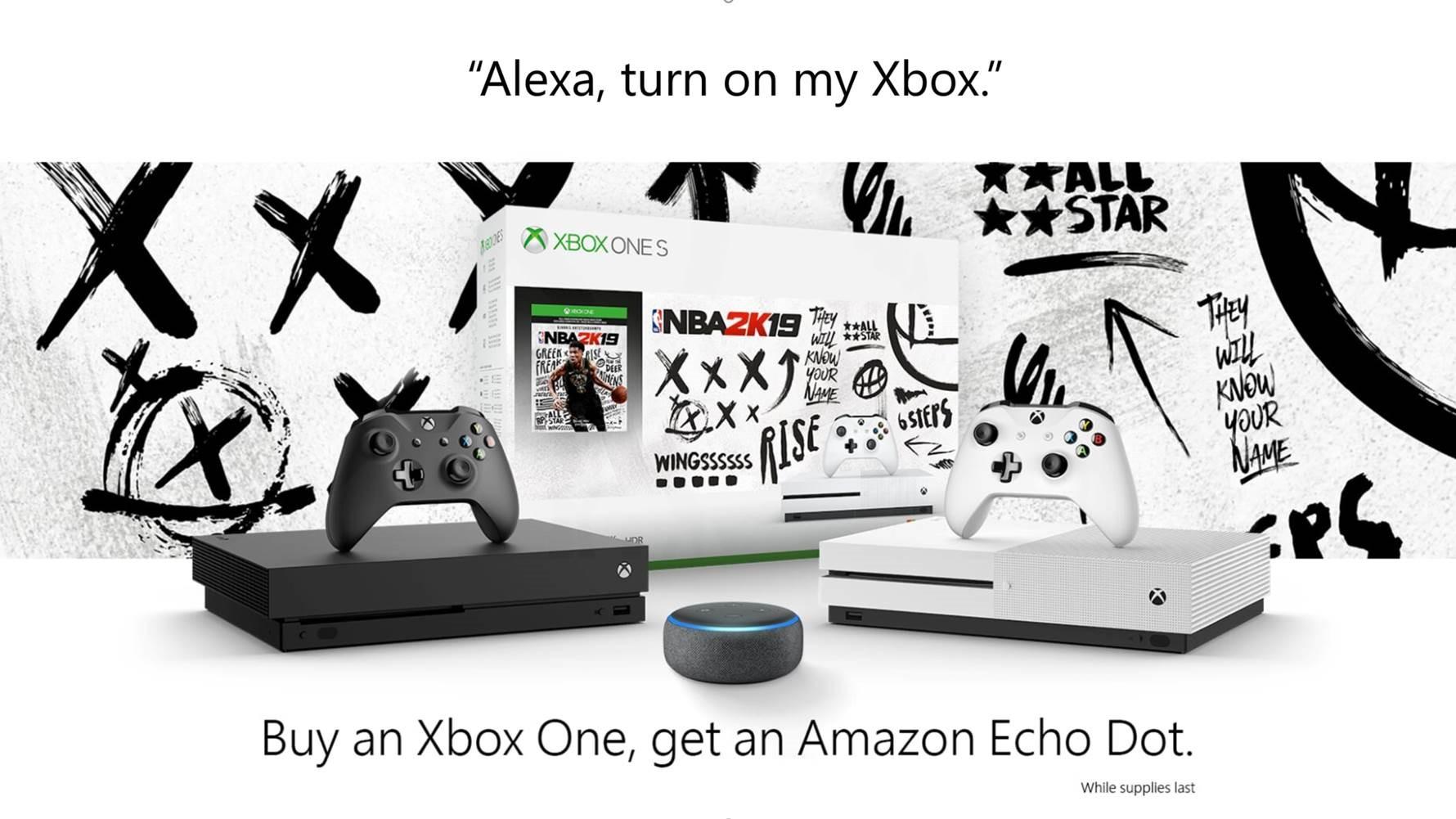 The catch here is that you’re not talking to the Xbox One directly. You’re instead talking to an Alexa-enabled device? Don’t have one? Don’t even have an Xbox One? If you buy now from Amazon, you’ll get a free Amazon Echo Dot to go along with an Xbox One S or Xbox One X. At least while supplies last.

The October update also adds support for Dolby Vision HDR when streaming on the Xbox One S and Xbox One X. Compared to normal HDR, Dolby Vision changes the HDR settings dynamically scene-by-scene rather than flatly throughout the entire content. Again, there’s a catch: you need to actually have a TV that supports Dolby Vision HDR connected to your Xbox One.

The update also introduces new Avatars to spruce up your profile and new items to spruce up your avatar in turn. They’re no Miitomo and there’s not much avatar-avatar interaction possible, but expressing a little personality to represent you without plastering your face all over Xbox Live never hurt anyone.