Wyze, the company that skyrocketed to popularity with its $20 security cameras and solidified its status with an inexpensive home sensor kit and connected light bulb, is back with another smart home device: Wyze Plug. The newly launched Wyze Plug, which was introduced earlier this year, enables users to connect any dumb gadget to their WiFi network, adding it to a wider smart home setup for use with Google Assistant and Amazon Alexa.

The Wyze Plug is a white rectangle featuring an outlet on the front, prongs on the back, a button on the side, a small LED on the front, and the Wyze logo. The item works exactly as you’d expect: you plug it into a wall outlet, then plug the item you want to control into the Wyze Plug. The LED shows the plug’s status and the button enables you to put in into pairing mode. 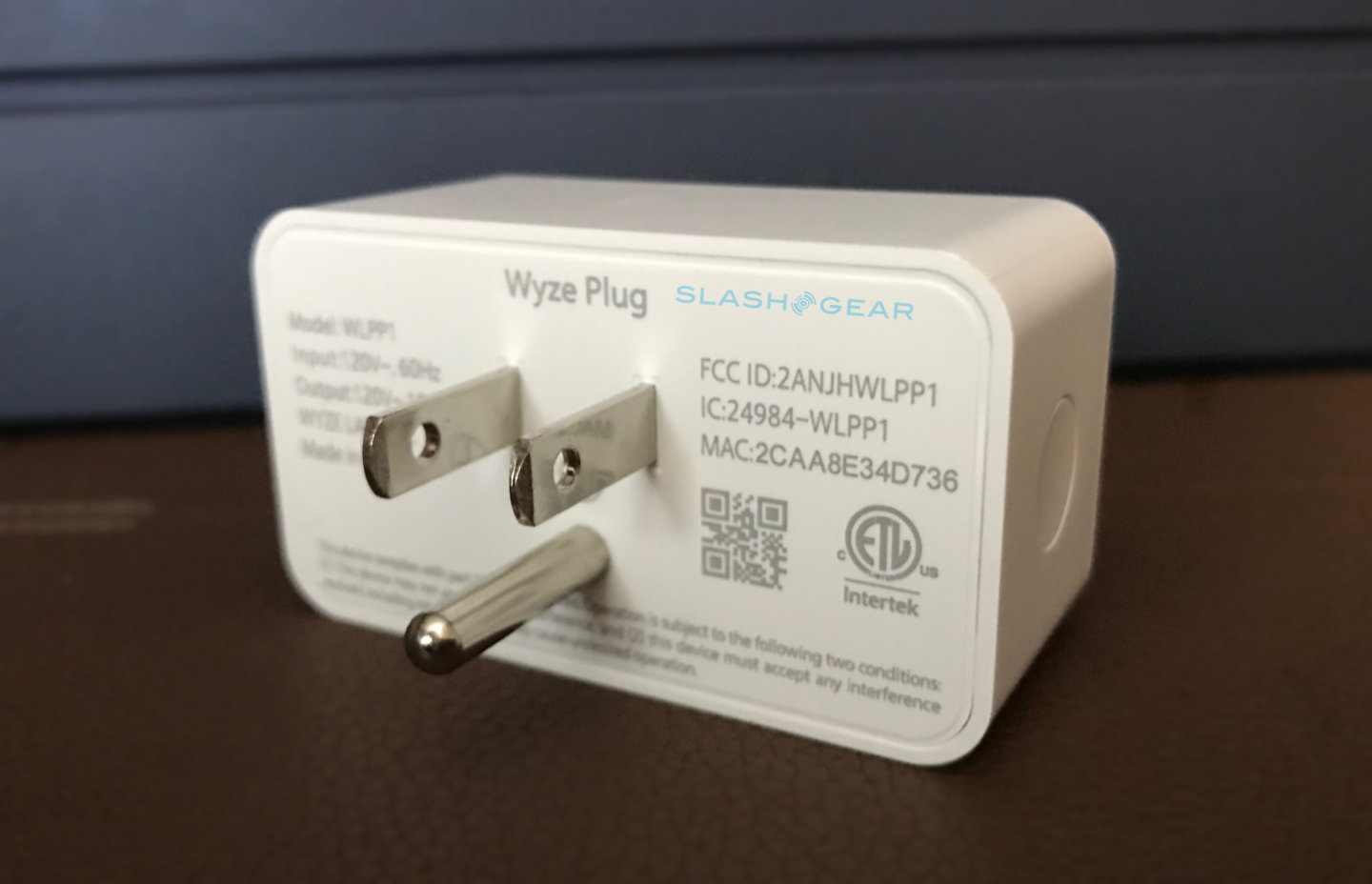 The Wyze Plug feels sturdy, though lightweight, bringing support for both Google Assistant and Amazon Alexa. The product offers one big feature over many competitors: support for 15A maximum loads instead of the 10A to 12A found on many other plugs, meaning it can be used with devices that require more power, including TVs. In addition, the Wyze Plug is designed in such a way that two plugs can be used in a single outlet. 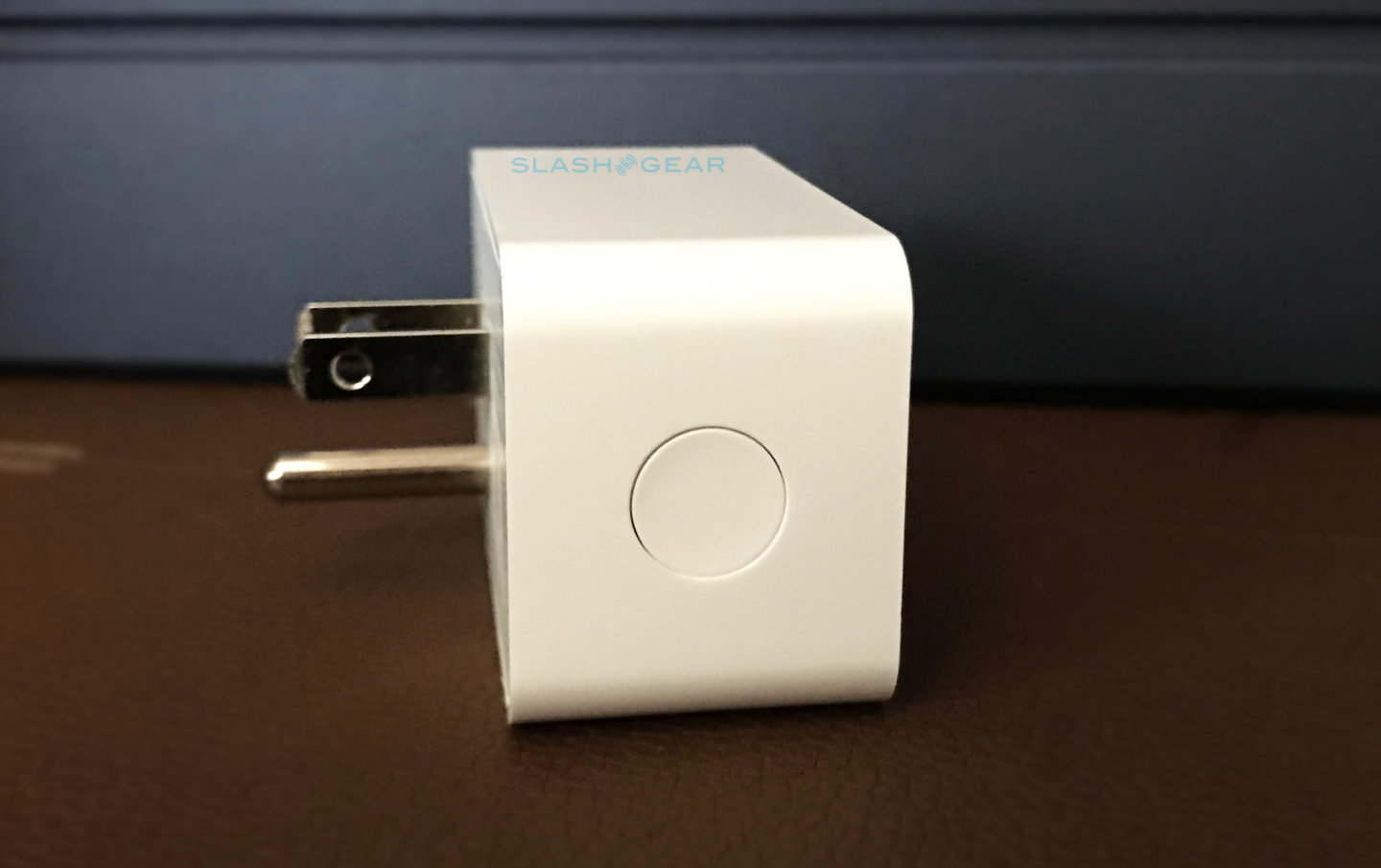 Users must add the Wyze Plug as a new device in the Wyze app before they can use it. Doing this is simple and involves following the same steps as adding the Wyze Cam and Wyze Sense sensors. Users launch the app, then tap ‘Add a Product’ listed within the triple-dot menu. A list shows the available Wyze products; tap ‘Wyze Plug,’ then follow the instructions.

Users will be required to press the button on the Wyze Plug and then connect their phone to WiFi network broadcasted by the plug. Once that step is finished, users will be prompted to connect the plug to their home’s wireless network, after which point they’ll be able to assign a name to the plug (“Kitchen,” for example) in order to find it in the app’s list of connected Wyze products. 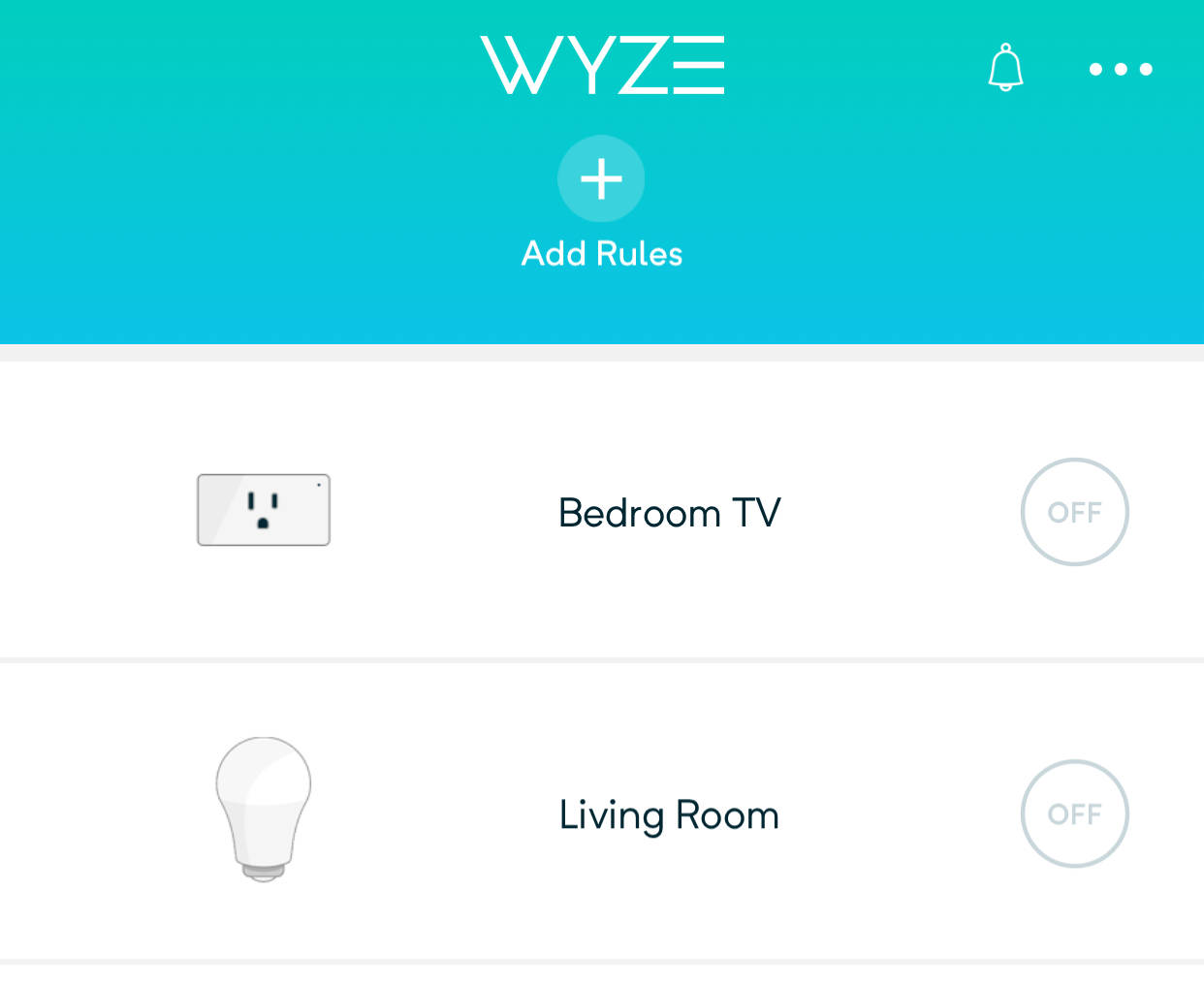 The Wyze app provides access to various features related to Wyze Plug, including a ‘Run Time’ section that shows how many minutes and hours a plug has been used in the present day and over the past week. As well, users have access to a ‘Vacation Mode’ that will turn lamps off and on at random times to make it appear that someone is home when the house is empty. 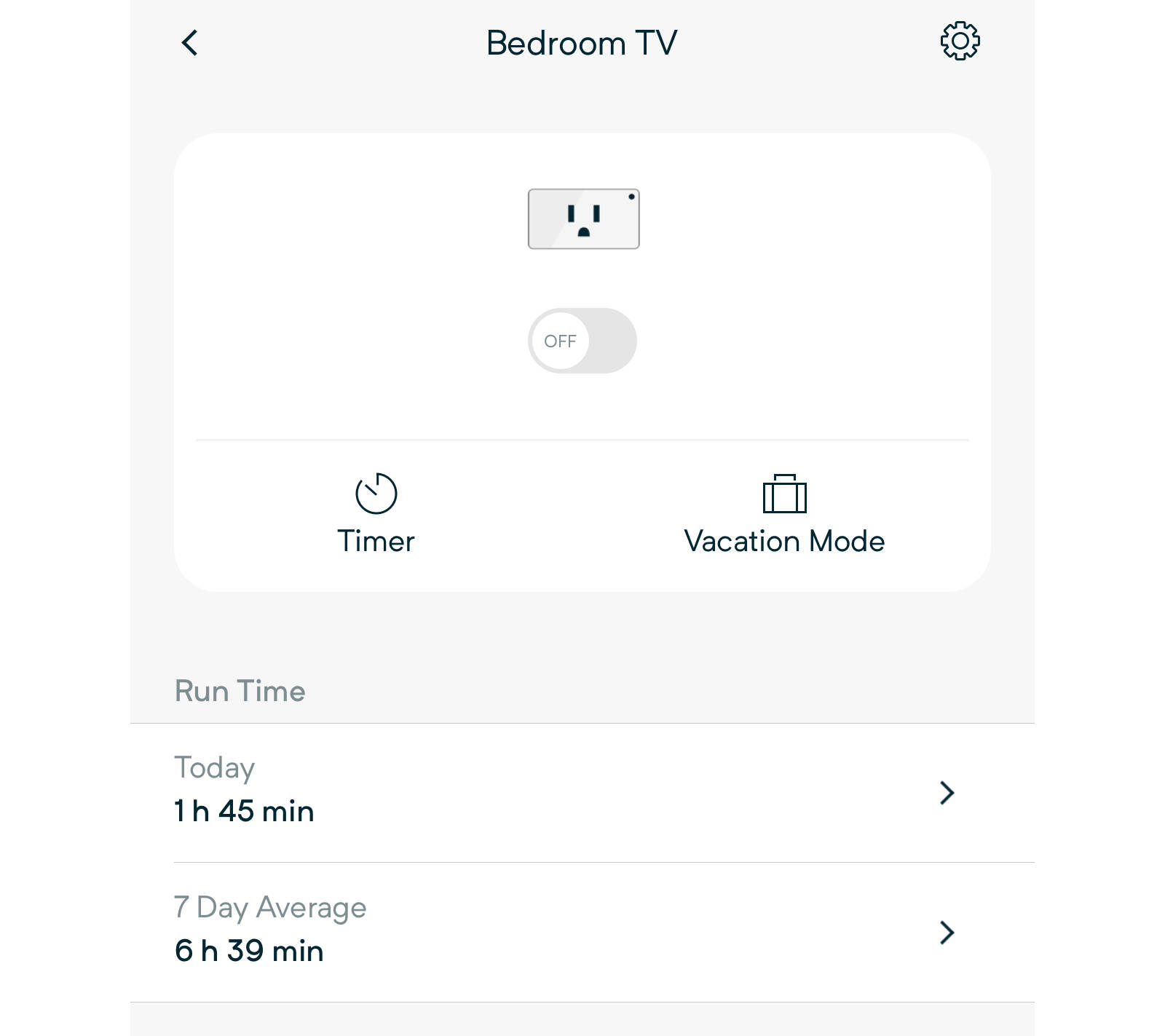 Assuming you own multiple Wyze Plugs, it is possible to group them so that each plug in a room/group turns off and on at the same time; this feature is most useful for groups of lights, such as multiple lamps in a room, but can also be used to, for example, turn on a TV and radio at the same time a lamp is turned on.

Another expected feature is Custom Scheduling, which makes it possible to schedule the run times for each plug. One example of a good use for this feature is making sure the coffee maker is turned on when you wake up or that a particular light is on when you get home from work. Alternatively, users can manually control the lights using the Wyze app or use their voice with Alexa or Google Assistant. 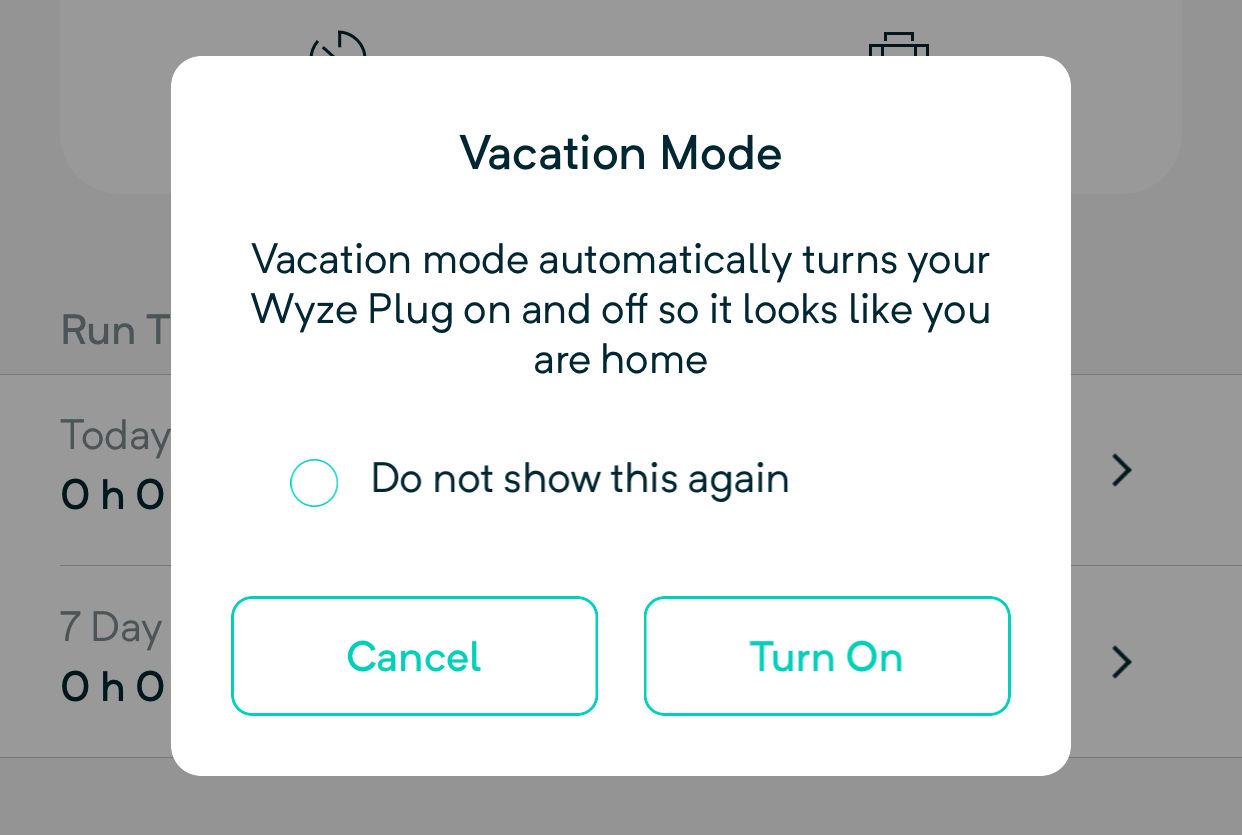 The product and app are both very intuitive. It took approximately three minutes to set up the first smart plug, which I used with a 32″ LED TV. The second plug I tested with a coffee maker. Both plugs worked flawlessly and didn’t have any trouble powering either device; as a result, the old TV could be turned off and on using the app and voice commands via a Google Home speaker and an Echo Dot speaker. 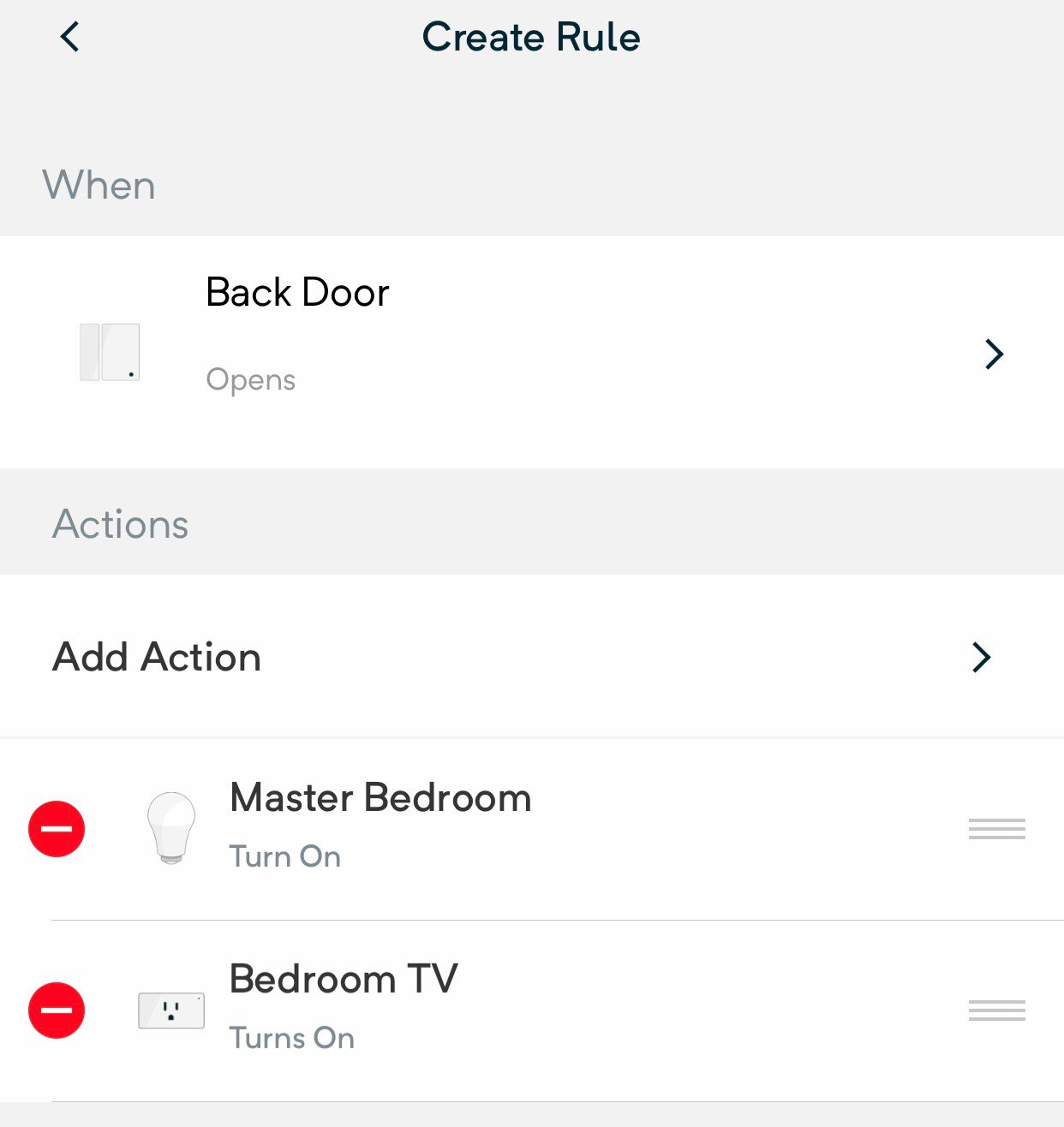 Particularly useful is the ability to create ‘rules,’ meaning you can set up the overall Wyze system to perform various actions based on a specific trigger. For example, if you own the Wyze Sense kit, Wyze Bulb, and Wyze Plug, you can create a rule that instructs Wyze to turn on the light and plug when the Wyze Sense contact sensor detects that the front door opens or when the motion sensor detects the car pulling into the garage.

The Wyze Plug is perfectly acceptable on its own, but it quickly becomes clear how useful having multiple Wyze products are, including the security camera and connected light bulbs. The company’s low price points enable a large number of consumers to dabble in smart home control, expanding beyond the initial security focus of the company to include lighting and appliance control.

At $20 for the Wyze Cam, $30 for a 4-pack of Wyze Bulbs, $20 for the Wyze Sense Starter Kit, and $16 for a 2-pack of Wyze Plugs, users can get a solid, highly capable IoT system for a total of around $86 USD. As with the other Wyze products we’ve reviewed, the Wyze Plug functioned flawlessly. The smart plug is available now from Wyze.