Wyze, the company you probably best know for its cheap smart bulbs and home security cameras, recently introduced a new product called Wyze Night Light. The name refers to the product — it’s literally a night light. Unlike the cheap night lights you can find at the hardware store, however, this one packs a surprising number of features, as well as a design so classy someone could mistake the light as a permanently installed fixture.

The Wyze Night Light was truly surprising in how well built it feels and how good it looks on the wall. The product is as simple as it is appealing, featuring only three settings: on, off, and Auto. The latter feature enables users to sync multiple night lights so that they turn on and off in unison. Because there’s no WiFi connection involved with this product, connecting the lights involves setting them all to Auto and holding them near each other.

Both the top and bottom edge of the Wyze Night Light feature diffused light bars that emit a warm candle-light glow. A single light is a bit brighter than your average cheap LED night light, though lacking the harsh cold color common to similarly cheap products. The only other light on the product is the sensor in the center of the face, which lights up with a dimmer glow. 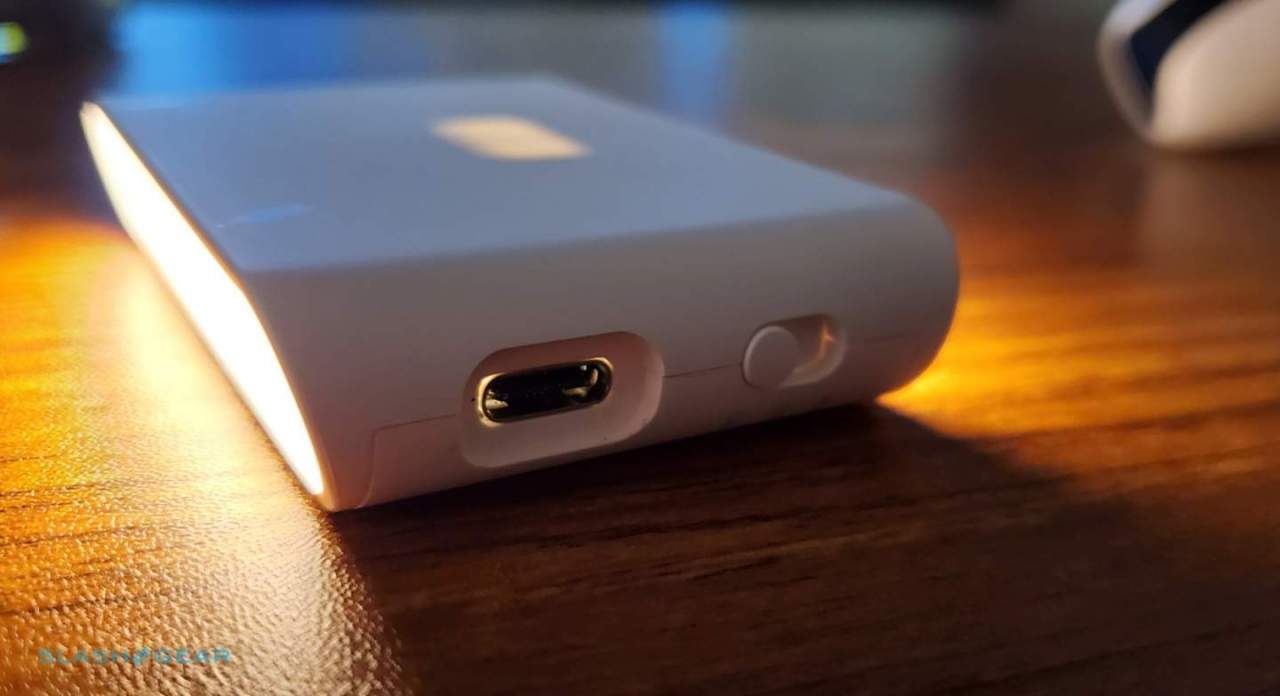 The Wyze Night Light features a built-in battery that can be manually recharged using a USB-C charger. Likewise, the night light — as with the company’s security cameras — can be fixed to a metal mount via integrated magnets, making it possible to place the lights just about anywhere you can stick an adhesive.

One can, for example, place the lights near doorways so that they’re activated by motion when you get home; they can also, as another example, be placed along a stairway so that as you begin climbing the stairs, they all light up, guiding the way. Soon after the motion is over, the lights will shut off — assuming you have them set to Auto and not ‘On,’ which keeps them on all night. 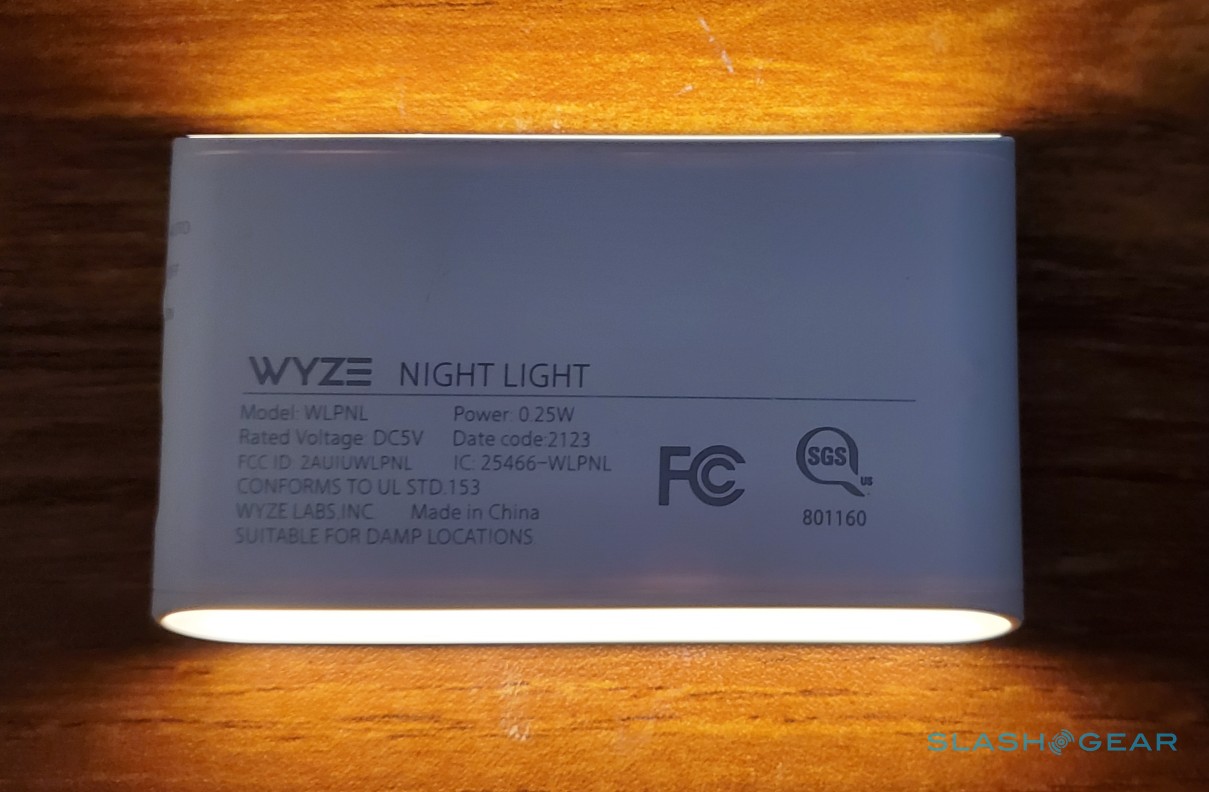 Users can link up to 10 night lights, which should be enough to blanket a large area, such as across a long hallway. The sensors can detect motion up to 18ft away; they’re incredibly sensitive and work even when, for example, a cat passes nearby. The magnetic hold, meanwhile, is sufficient enough to keep the light fixed in place, though bumping into it will cause it to twist or, potentially, dislodged. This may be an issue for parents of small kids, requiring the lights to be placed out of reach.

Wyze includes thin metal plates with adhesive in the packaging; installing the lights involves peeling the adhesive off the metal plate, sticking the plate to the wall, then attaching the light to the metal plate. The entire process takes only a minute. Because the lights are battery-powered, they can be placed in areas where outlets aren’t available. 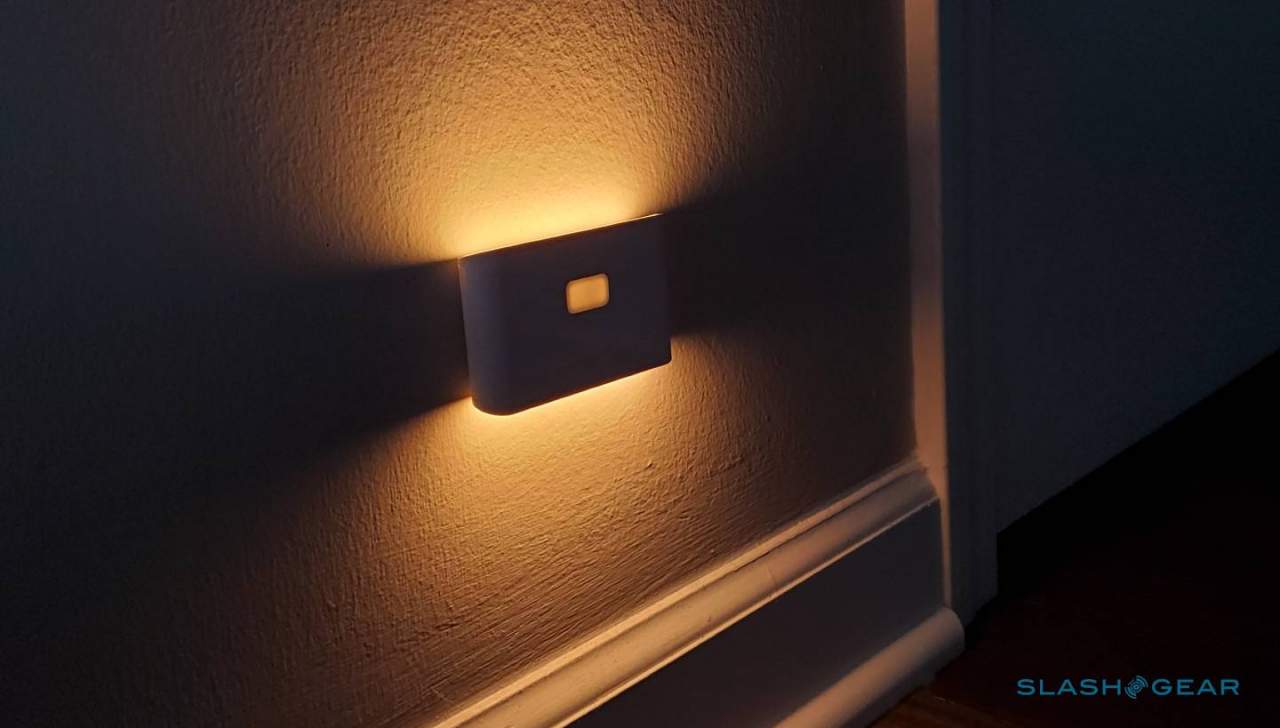 The built-in 300mAh lithium batteries provide up to around 11 hours total of light before needing to be recharged — that’s when they’re activated, so the 11 hours span a considerable number of days unless you’re activating them more than 10 times a day. The battery life is reduced slightly if multiple units are linked together versus using one unit as a single light source.

There’s nothing to dislike about the Wyze Night Light. The design provides a classy look that, when mounted on the metal plate, makes the night lights appear like built-in wall fixtures. The light is bright enough to illuminate your path but warm and soft enough to avoid blinding yourself in the middle of the night.

Beyond that, the flexibility that comes with magnetic mounts means you can get creative with where you put the lights — perhaps one on the corner of the stand where you often stub a toe, for example. The only issue may be in homes where there are rambunctious dogs, cats that like to rub against objects, or kids — in that case, the lights will need to be mounted higher up on the wall where they’re out of reach.

The Wyze Night Light is priced at $20 for a three-pack.