World of Warcraft’s creator has announced a new in-game item that’ll give gamers 30 days of gameplay for redeeming it (or gold, depending on circumstance). They’re called Tokens, and they can be bought with real-life money in the shop, then swapped to get in-game gold. Some other gamers, nearing the end of their subscription and in need of getting a gaming fix for one more money, will be able to buy that token, then, and redeem it for a month’s worth of playing. 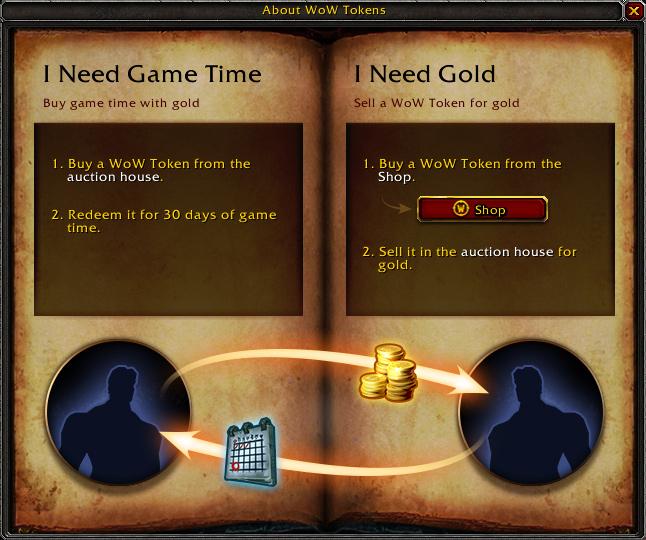 The obvious benefit here is the wiggle room this gives gamers when it comes to subscriptions. Gamers who have a lot of gold get the ability to exchange it for some play time, helping cut down on the subscription cost at whatever time that might be necessary. Blizzard has addressed a lot of the questions about it here.

The Tokens aren’t available yet, but you won’t have to wait too long — the patch that will bring it is said to be “upcoming”. As for some of the bigger questions, the game’s maker says a token’s gold value is “determined dynamically based on supply and demand”. But you’ll be guaranteed whatever value you’re quoted, so there’s that.