Wocket Smart Wallet to start shipping pre-orders in May

Almost all mobile payment systems, perhaps except for Samsung, have one critical flaw. Most of them require the use of new NFC-enabled terminals to work. But what if you only have access to ye olde magnetic stripe PoS? What if you’re stuck with old fashioned swiping systems but still want to benefit from the conveniences of the modern world. Enter Wocket, advertised to be the only wallet you’ll ever need. Why? Because it can absorb all the cards you have in your wallet right now and even have spare room for physical cash.

Wocket is actually composed of two parts. The Wocket itself is a small small slab 3.46 x 2.75 x 0.39 inches in size. It is where all your card information is stored, protected by biometrics. There is no need for a smartphone as Wocket functions all by itself. Then there’s the WocketCard which has a programmable mag stripe which Wocket writes into with the credit card information needed at a particular time. All you need to do is to select the stored card you want to use from Wocket’s touchscreen, let it write on WocketCard’s stripe and use the card just as you would any normal terminal.

In a sense, it is like Stratos which we covered last month, except for two crucial differences. One, it isn’t tied to a smartphone so it’s completely standalone. Another is that Wocket is more embracing of things beyond credit cards, like barcodes and passwords, though the latter will have to be entered manually instead of being scanned by Wocket. It can even store your driver’s lilcense data, though the screen won’t show your picture. 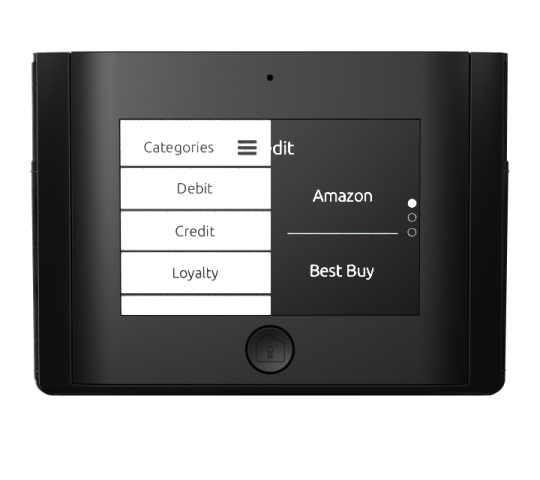 Wocket went for a pre-order round where early supporters could get their hands on it for only $149.99. Those will ship starting May. Once those have been satisfied, NXT-ID, the company behind Wocket, will send out invitations to purchase whatever remaining backlog they have. Only after those two phases will Wocket be made available to the general public, though the price tag by then remains undisclosed. 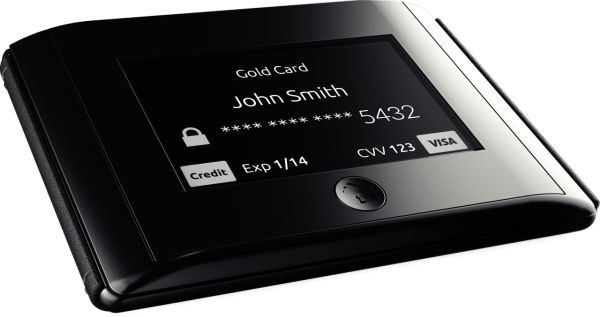