Microsoft just made a big announcement that could change the way we do computing in the future. That is, if it decides to stick to its guns. For many outside Redmond and its close-knit circle of hardware and software partners, “mixed reality” remains little more than a souped up, rebranded virtual reality. On October 17, that could very well change when Windows Mixed Reality launches to the outside world, headsets and all. We joined Microsoft at its Reactor hub in San Francisco to see, no pun intended, for ourselves the vision of the future that Microsoft is trying to promote and, of course, sell.

You can immediately see why people so quickly equate mixed reality with virtual reality the moment you behold the headsets needed to make it all work. Unlike Microsoft’s HoloLens, the five pioneering MR headsets resemble VR headsets in the way that they occlude your vision of the real world. In theory, this means that you are limited to existing inside the confines of a purely fabricated reality, with nary a clue about what’s really “out there” in your room. In practice and in technology, however, the similarities more or less end there. 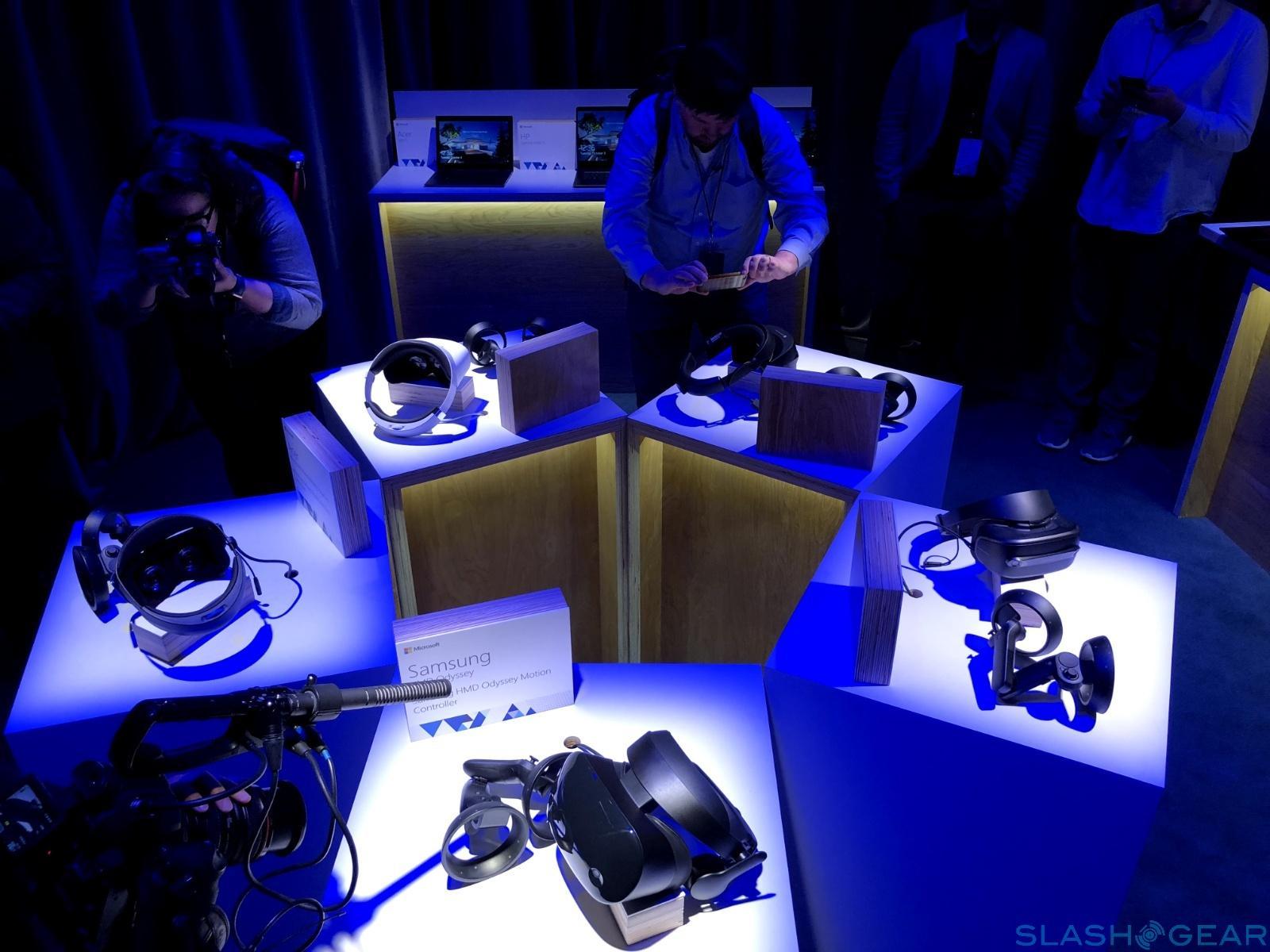 There are two things that set Windows Mixed Reality headsets apart from their VR cousins. The first is the ease of setup. All you need to do to get started is connect a single cable that splits into HDMI and USB 3.0 on the PC end and you’re good to go. No extra cables or external components to connect to (other than the controllers of course).

The second unique feature is part of what makes the first possible. Unlike VR systems like the Oculus and the Vive, Windows Mixed Reality uses what Microsoft proudly describes as inside-out positional tracking. In a nutshell, this lets the system track not just your head position or gaze but also your body’s position relative to the real world. While that same kind of tracking is used by other VR systems, Microsoft does so without the use of external beacons or hardware, which, in turn, makes the setup as painless as possible.

These two features, along with the somewhat odd Oculus-Vive controllers, are common among all Windows Mixed Reality headsets. So whichever of the five you choose, you’re sure to have the basics covered. Of course, that doesn’t mean that each one doesn’t have its own story to tell.

Acer was one of the first to sign up for Microsoft’s Mixed Reality promise. But besides being the early bird, it also sets itself apart through its color. Unabashedly blue, the Acer Windows Mixed Reality headset’s design seems to suggest more a spirit of fun than the serious business that Mixed Reality tries to mix into it. It is also the most affordable of the five, starting at $299 (or or $399 if bundled with the motion controllers). 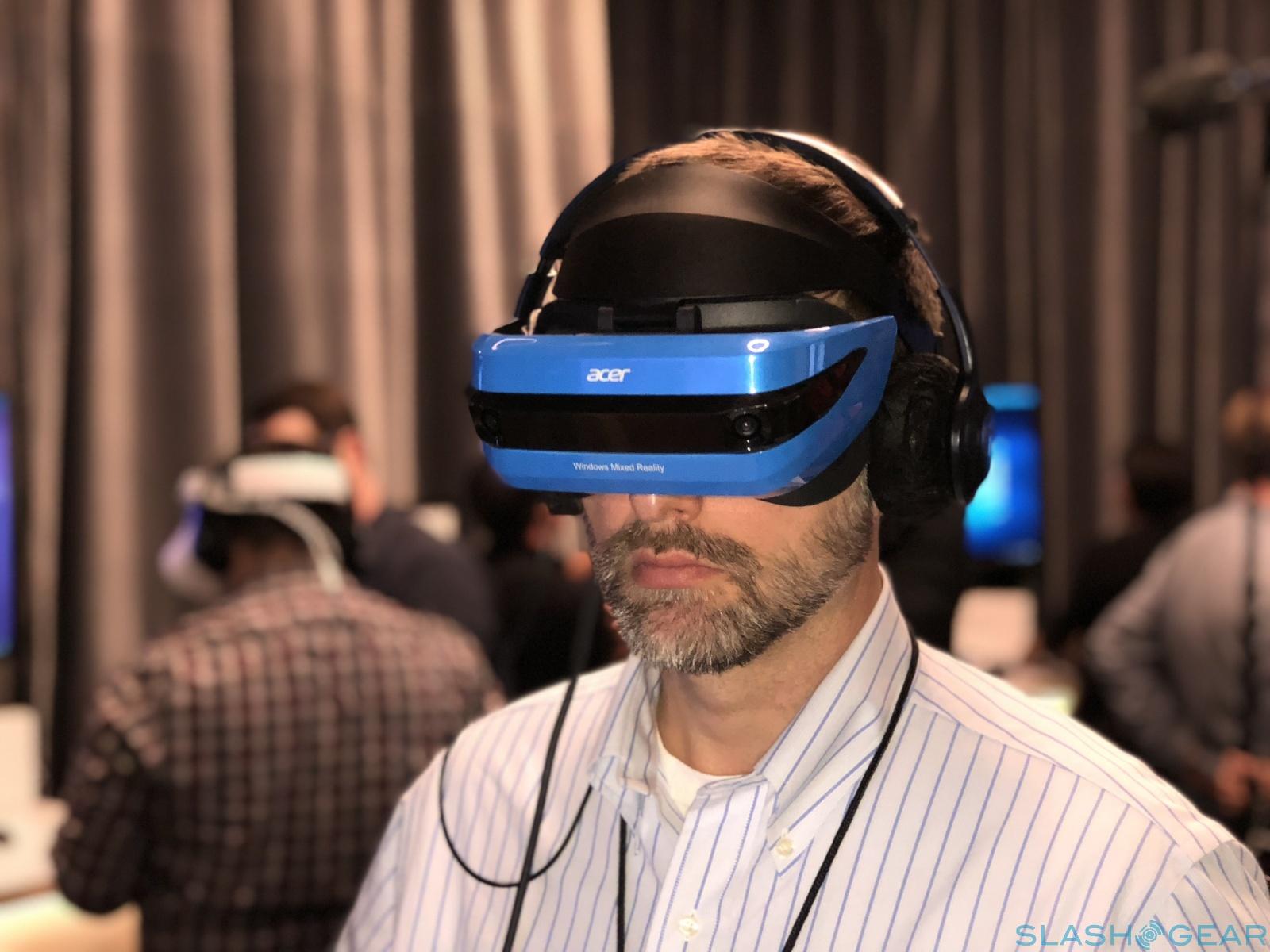 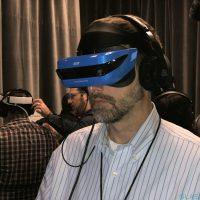 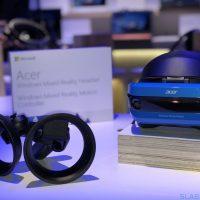 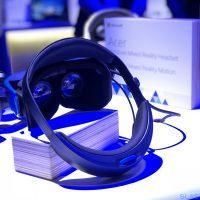 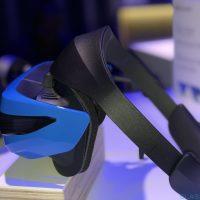 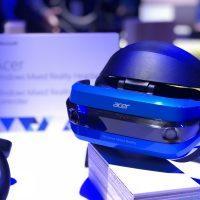 The Dell Visor is similarly easily identified by its color scheme. It sports a clean and white design that’s just begging to get smudged, and two holes on the opposite ends of the visor to make you look like a cyborg out of a cyberpunk book. The Dell Visor retails for $449. 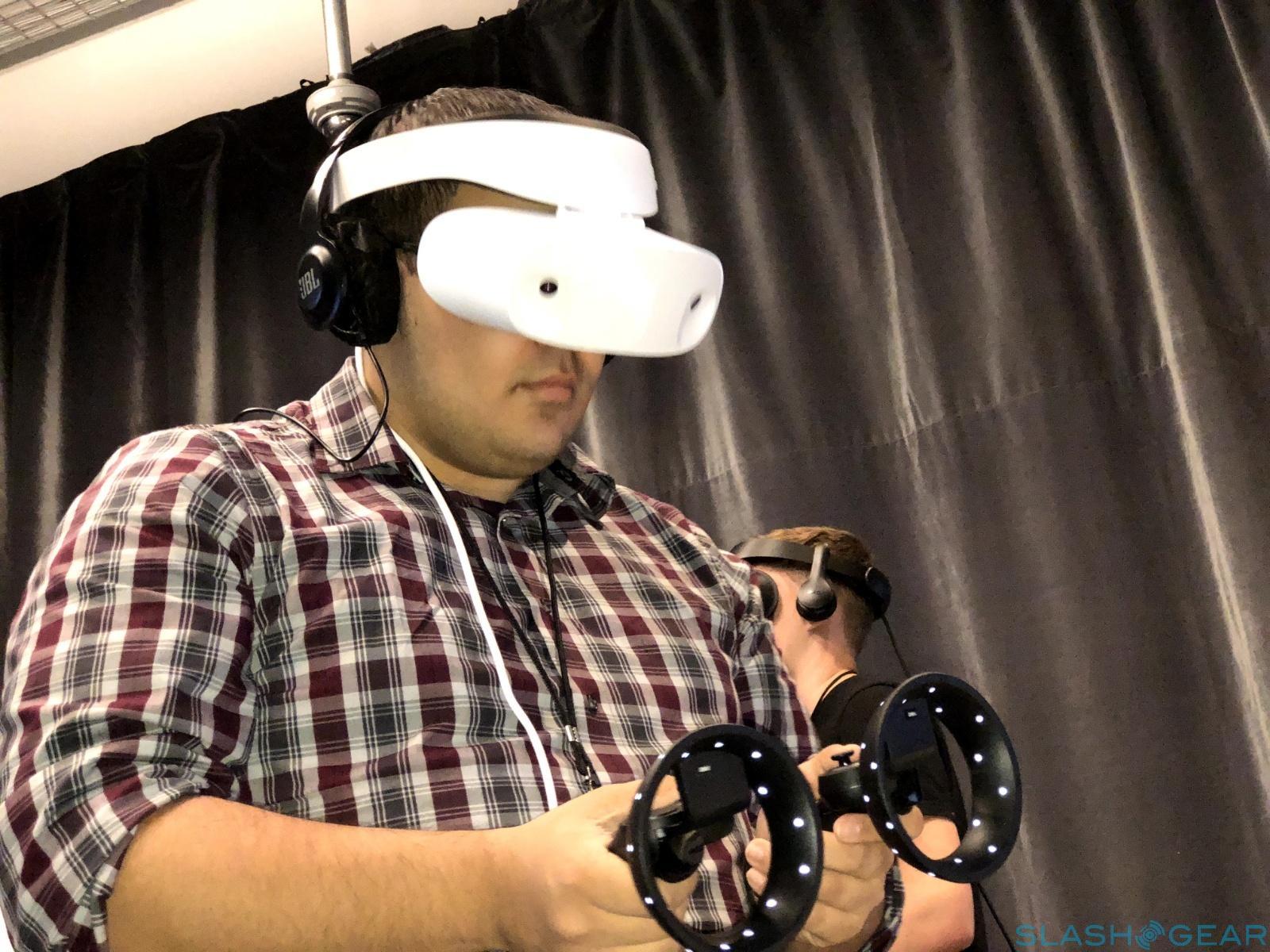 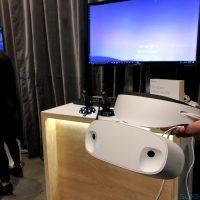 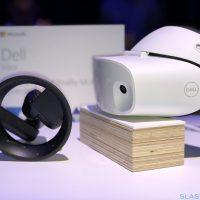 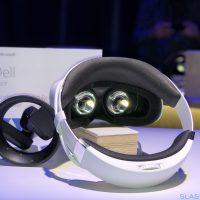 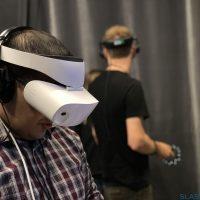 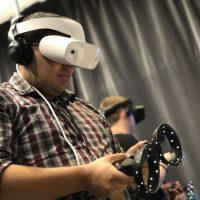 Within that same price range is HP’s own Windows Mixed Reality Headset. In contrast to the earlier two, HP goes for a sober black and a more industrial design. It is one that you might not be ashamed to put on at work, should the day come when mixed reality becomes the de facto standard for workspaces of the future. 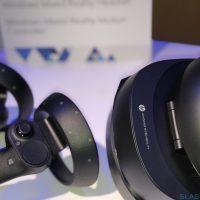 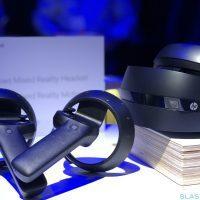 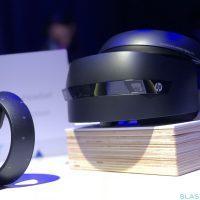 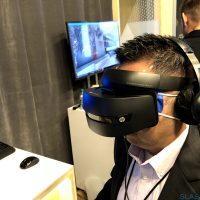 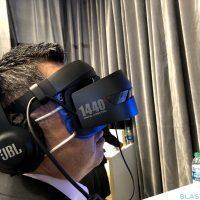 The Lenovo Explorer is almost a dead ringer for the HP headset, or vice versa. Only when you get a closer look will you notice, in addition to the branding, the smoother curves that set it apart from its near twin. But if you’re not particular to brands or designs, you might actually opt for this $399 kit instead. 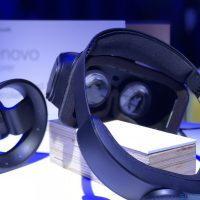 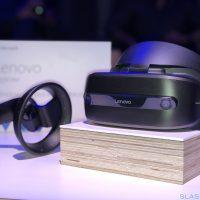 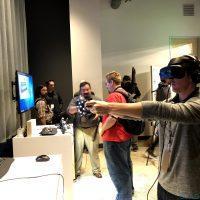 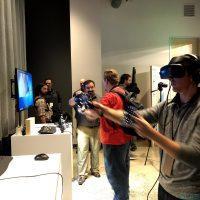 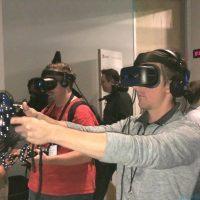 Last and definitely not the least, the Samsung HMD Odyssey is the latest to join the fray. It is also the most expensive at $499 and, truth be told, the most capable. Design-wise, it borrows a few lesson learned from its time working with Oculus, sporting a near featureless black fascia that seemingly hides the two front-facing cameras. There are two key features that differentiate it from its older siblings. One is the built-in AKG headphones that provide quality audio without having to reach out for an external pair. The disadvantage is that this pair is non-removable and, should it break, does not offer a headphone jack as backup. But perhaps the Odyssey’s biggest charmi is its 1440×1600 dual AMOLED display. Not only is it slight more pixel dense than the competition, the display quality is also mind-numbingly good. 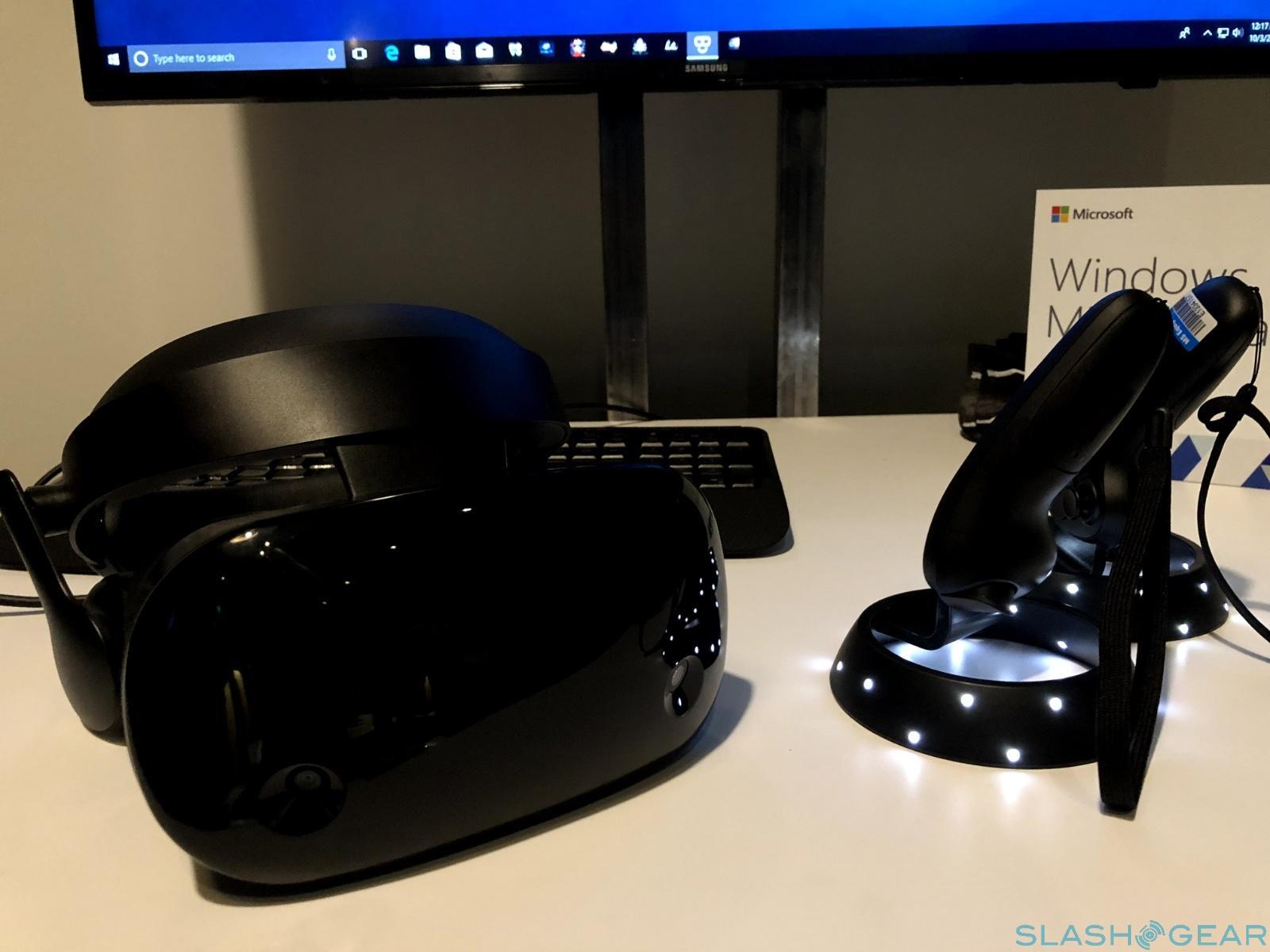 All the headsets were rather comfortable to wear, but make no mistake, you won’t be using these for hours. Their quailty may belie it, but they are first gen products that, in a way, are prototypes for a rather new consumer experience. So there will always be room for improvement, especially as far as comfort and heft goes.

These five Windows Mixed Reality headsets are now available for pre-order, but they won’t start shipping until October 17. Which is well and good, because that is when the fun will really start.

While the rest of the Windows-using world see October 17 as the release of the Windows 10 Fall Creators Update, those immersed in mixed reality also see it as the day when the virtual floodgates are opened. Most, but not all, Mixed Reality experiences will become available that day, in time for the availability of the headsets themselves. 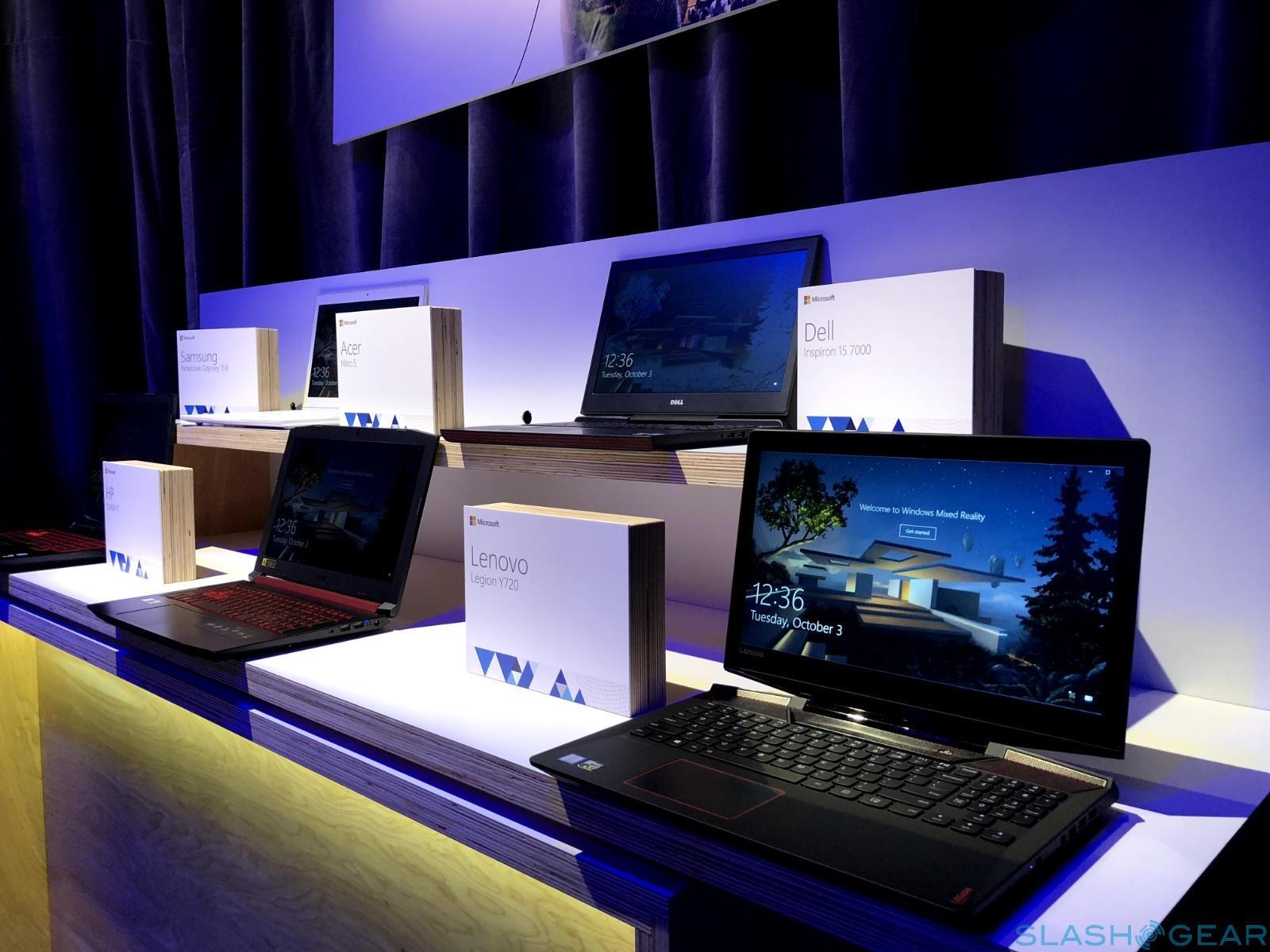 But what does the Windows Mixed Reality experience really mean? Simply put, it’s what happens when Windows Holographic and virtual reality hooked up and had a baby.

Imagine being transported into a purely make believe world, with none of your room’s clutter in sight and with near infinite space limited only by your PC’s memory. Imagine having the virtual equivalent of a spacious, multi-room mansion, where walls can display almost any of your (compatible UWP) Windows 10 applications. And imagine being able to go through that mansion either by walking or “teleporting”, or even going beyond borders to a virtual firecamp to converse with dozens of avatars hailing from all over the world. That’s pretty much the Mixed Reality that Alex Kipman, considered to be the father of Windows Mixed reality, demonstrated at Microsoft’s press event. It is virtual reality mixed with the Windows software and experiences we’ve grown to love.

So why not just call it virtual reality anyway? In theory, Microsoft could and be done with it. But its ambitions go beyond that and the VR name carries enough baggage to bog it down. For now, and at least with the very limited demo available to us on site, it is almost indistinguishable from VR, aside from its inside-out tracking and ability to use Windows apps. It will even support SteamVR soon, further muddling matters. It’s not hard to imagine, however, that Microsoft could someday brings its Holographic and Mixed Reality worlds together, combining their strengths and throwing out their flaws. It’s an interesting future, but that won’t yet happen on the 17th.

Windows Mixed Reality is not yet done. That’s pretty much evident in the limited demos at Microsoft Reactor. What will launch in two weeks probably can’t even be considered a 1.0 release. More like a public beta, and an expensive one at that. 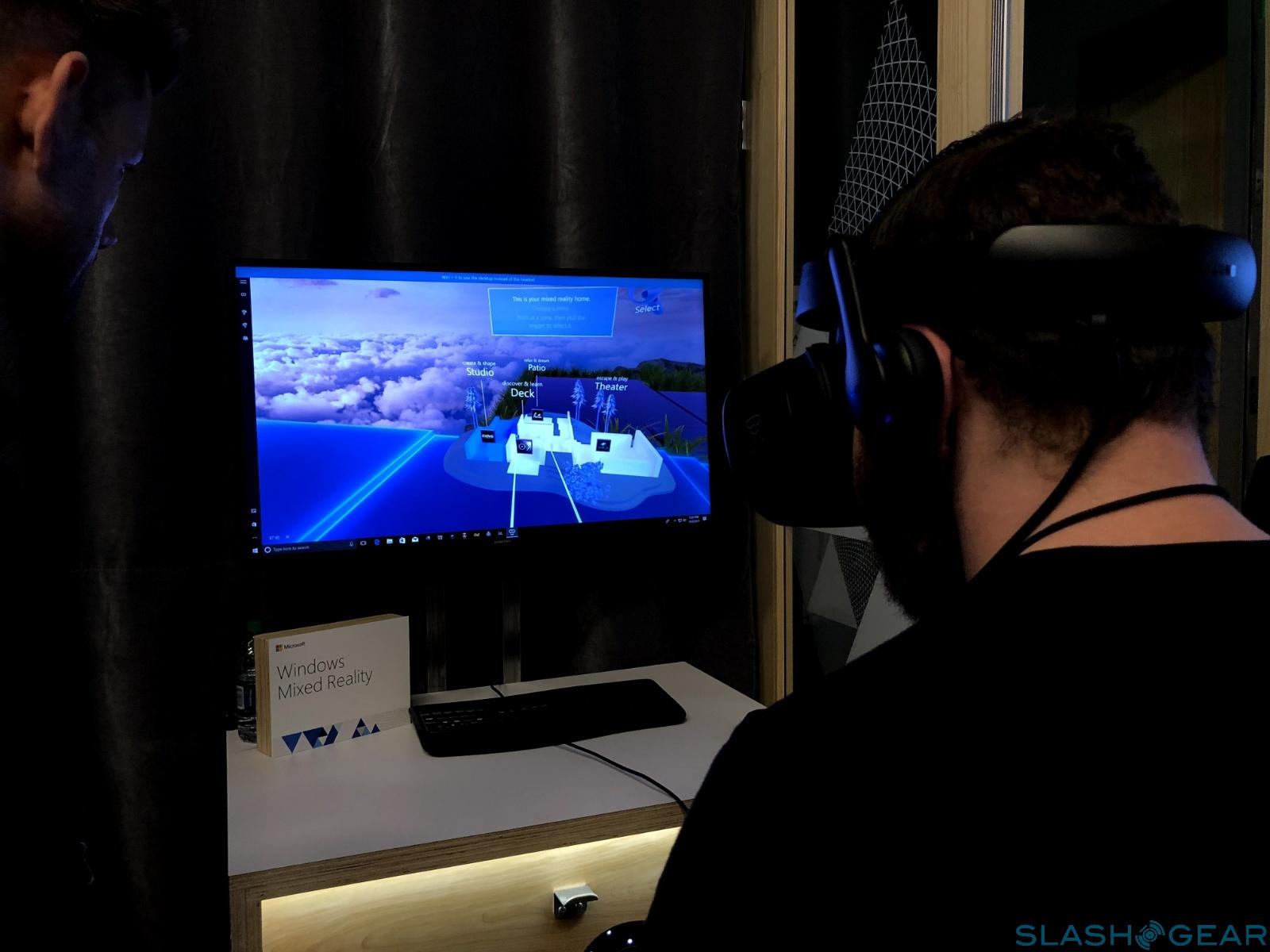 But much like any forward-looking new technologies, Windows Mixed Reality is asking developers, partners, investors, and consumers alike to have a little faith. Which, considering Microsoft’s record, is definitely asking a lot.

But perhaps the biggest question is whether this is the future of computing that we want, much less need. Again, just based on what Microsoft had to show this week, maybe not. But when you have a near infinite virtual world and a near infinite amount of space to hang up your windows, then the possibilities might also be just as infinite. 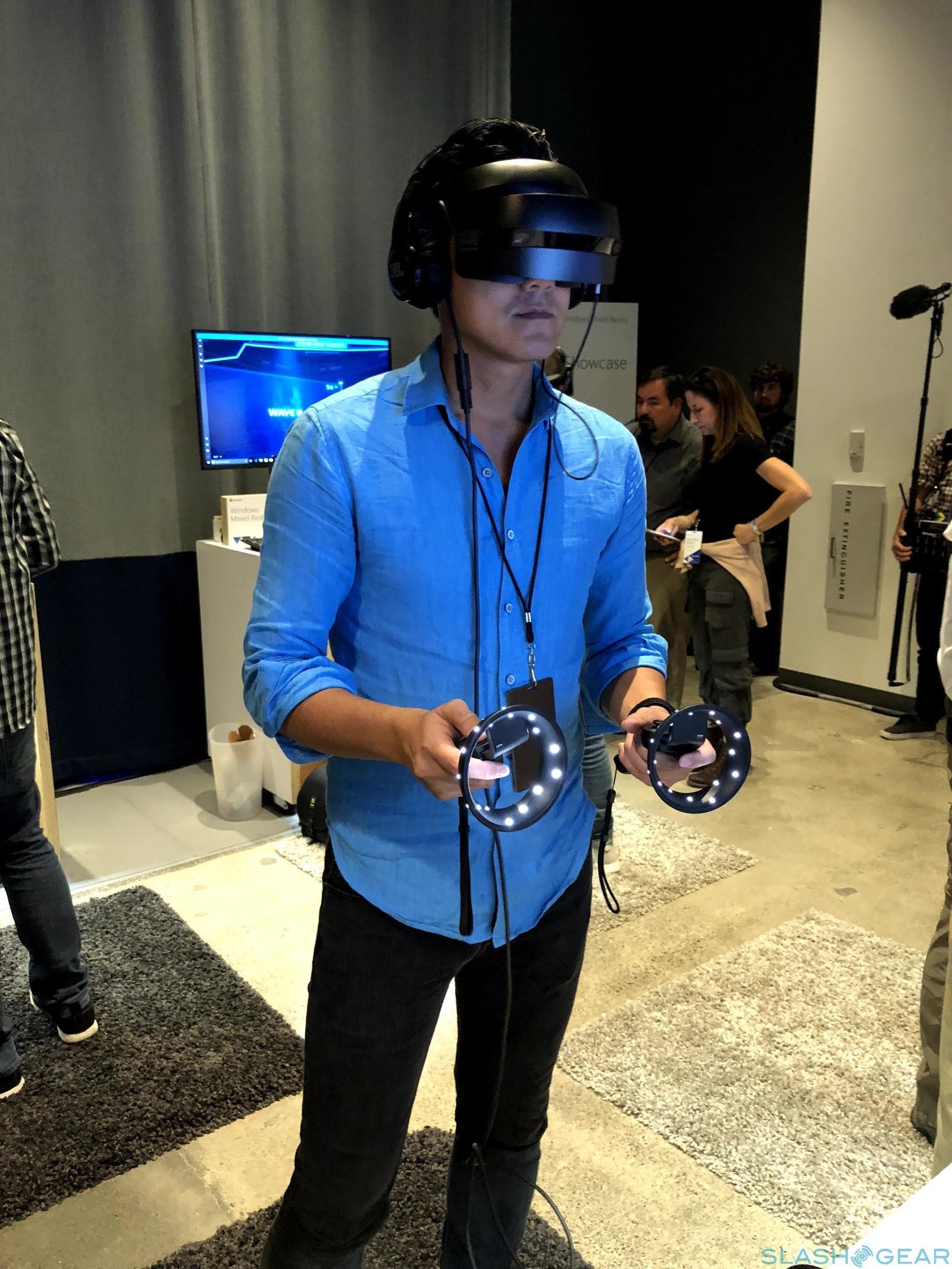