Windows 11 has been officially revealed, and it looks like the operating system is bringing new touch, pen, and voice features along with it. In this era of detachable 2-in-1s that double as both a lightweight laptop and a tablet, Microsoft has previewed how Windows 11 will adapt between different form factors.

In a product demo during today’s presentation, Microsoft product marketing lead Phillip McClure showed us Windows 11’s new touchscreen features using a Surface Pro X. The new features are apparent as soon as McClure detaches the Surface from its keyboard, as the icons on the taskbar automatically spread out a little bit to offer a more touch-friendly interface. In addition, windows that are open will now have bigger touch targets that make them easier to resize and move with touch controls. 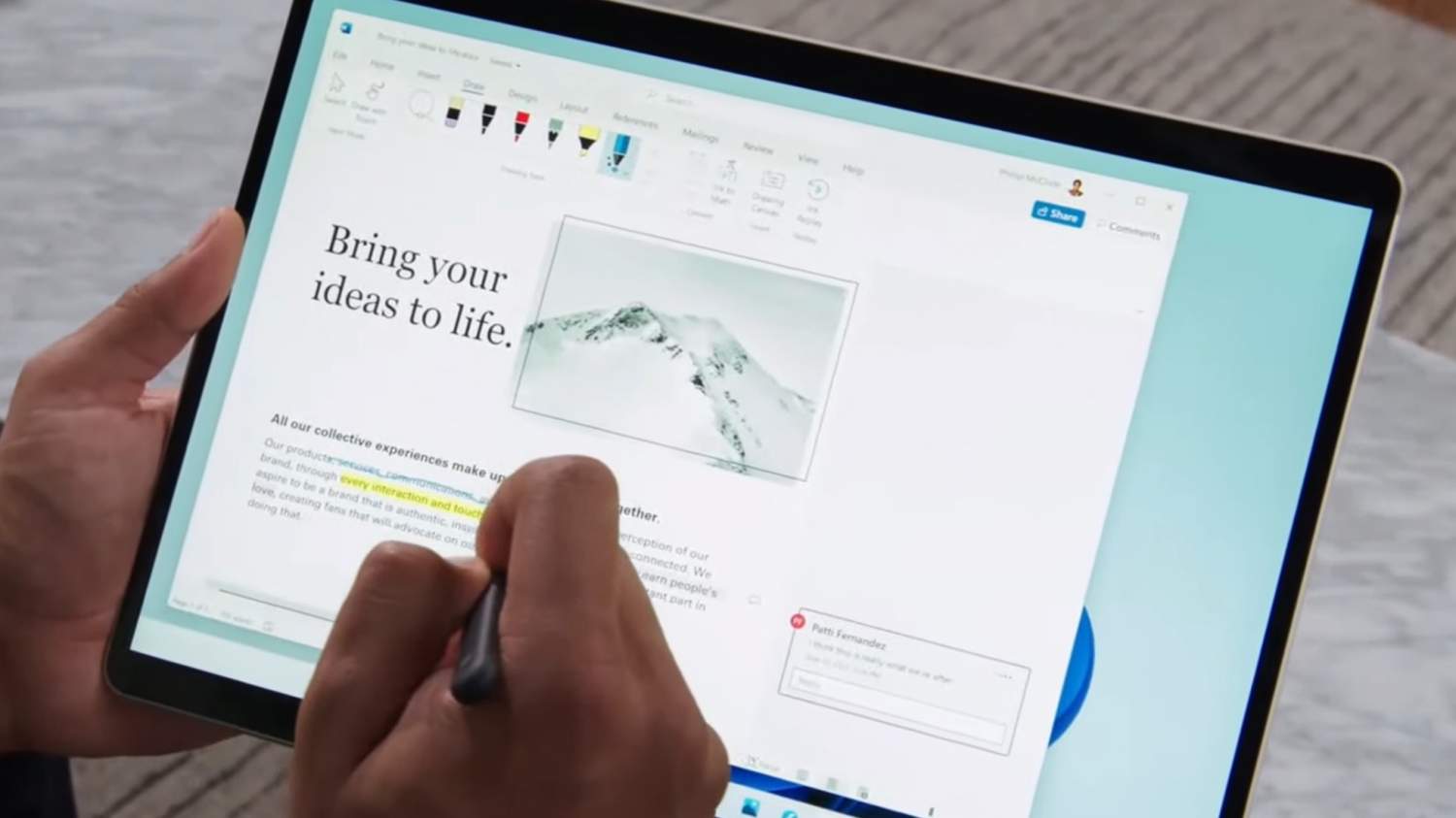 Snap is still present, but in Windows 11, the apps you’ve snapped to the sides of the display rotate with your device between portrait and landscape modes. Touchscreen Windows 11 devices will also use the same gesture controls as a laptop’s trackpad, which Microsoft says should offer a more consistent experience for 2-in-1 users. 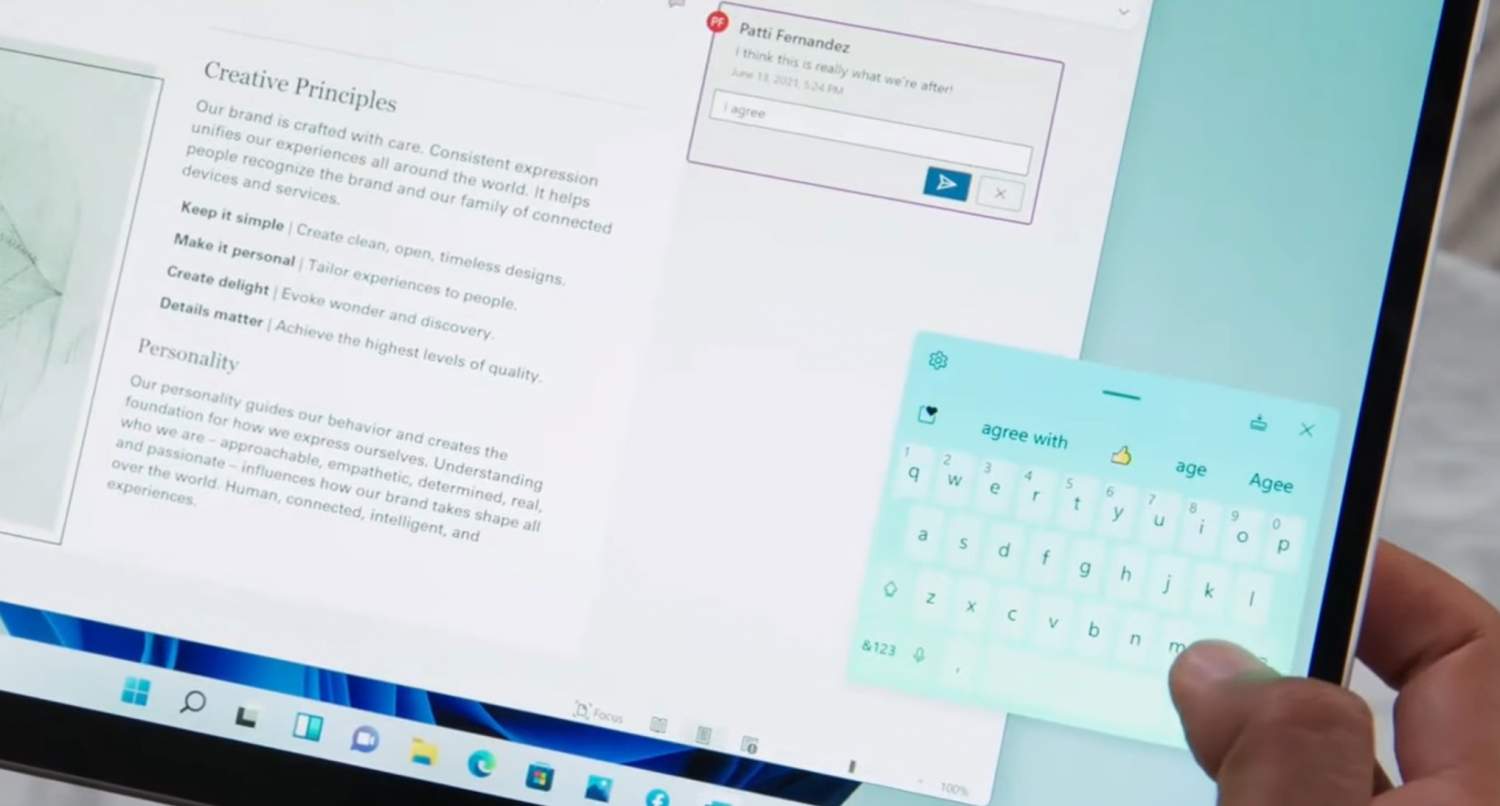 As far as pen functionality is concerned, Microsoft says that it’s adding haptic feedback to make using a pen “more engaging and immersive.” There’s also a new touch keyboard shipping along with Windows 11, which features themes and swipe controls just like you’d expect out of a smartphone keyboard (it also comes with emoji). McClure also walked us through a demo of Windows 11’s voice typing feature, which can automatically insert punctuation for you and supports voice commands.

McClure then showed us Windows 11’s new Widgets panels on his Surface, pulling out the panel by swiping from the left on the desktop. It’s here that you’ll find content that’s been curated using AI, along with news stories from the day – much like the weather and news panel that just rolled out to the Windows 10 taskbar. Keep it here at SlashGear for more from today’s Windows event.