A few weeks ago, Microsoft revealed a number of innovative Surface products, from its easier to repair Surface Laptop 3 to the ARM-powered Surface X to, of course, its pair of dual-screen devices. The form factor of the Surface Neo naturally required a different form of Windows. That was called Windows 10X and it was believed to be exclusive to an upcoming breed of such dual-screen devices. It turns out, however, that Windows 10X might be coming to traditional “clamshell” laptops, too, which might not actually sit well with some Windows users.

Windows 10X is made for two screens but it could also work with regular tablets. After all, the Surface Neo can function as a single tablet when folded and the user interface needs to adapt as needed. Based on leaked documents aimed at developers, however, it seems that Microsoft is aiming for a much wider audience than earlier presumed.

The documents refer to Windows 10X, particularly its taskbar, being applied to both foldables like the Surface Neo as well as clamshells like regular laptops. If that’s the case, then we can perhaps assume that other parts of Windows 10X will similarly be applicable, including the new “Launcher”‘ a.k.a. Start Menu. This is the Tile-less Start Menu leaked before, showing a full-screen page with icon grids and lists, more similar to Chrome OS, Android, or even macOS. 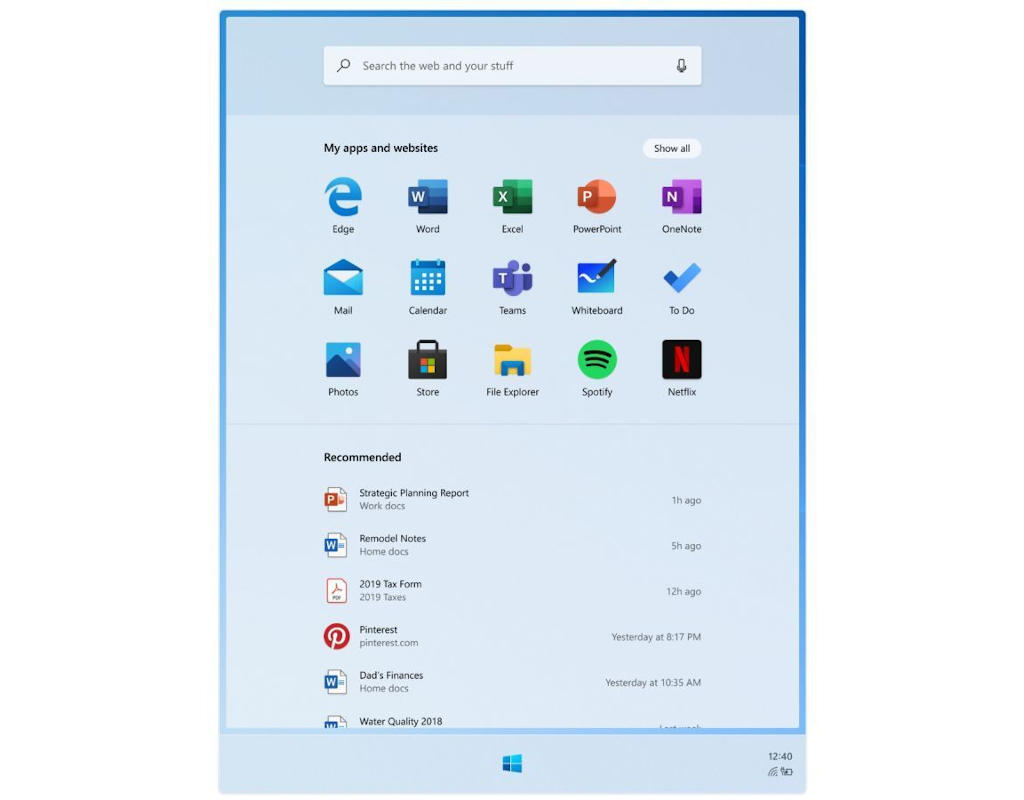 This revelation will most likely resurface thoughts and perhaps nightmares of the Windows 8 era when Microsoft introduced a new user experience that centered around tablets and touch even on computers where they don’t make sense, like desktops and non-touchscreen laptops. It seems that Windows 10X will give users some options, like aligning the taskbar items to the left, just like a regular Windows 10 taskbar.

Then again, very little is known about Windows 10X at this point and the wording from the docs seem to suggest it could just be a launcher rather than a new Windows 10 version or mode. It’s too early to tell but it seems to already be ruffling a few feathers, especially from those who disdained any all Windows versions that came after Windows 7.