A lot of companies from all industries were hit hard by the COVID-19 pandemic. Some have been able to recover while others closed for good. Some were forced to shift their priorities and delay or completely scrap plans. Thanks to a global shortage in semiconductor components, tech companies are now being hit even more, one way or another. Those factors are reportedly behind Microsoft’s decision to indefinitely put Windows 10X on hold but that is actually a symptom of an even bigger problem, one that will probably see Windows forever stuck to desktops and laptops. perhaps even on Intel’s and AMD’s x86/x64 platforms only.

What Windows 10X was supposed to be

Windows 10X was supposed to be a breath of fresh air, bringing something different yet familiar to the computing world. It envisioned a new world where screens played an even more important role. It presented a near-future where computing finally moved beyond desktops, laptops, and even tablets. Just like the Courier project decades before it, however, it was also perhaps still too far ahead of its time. 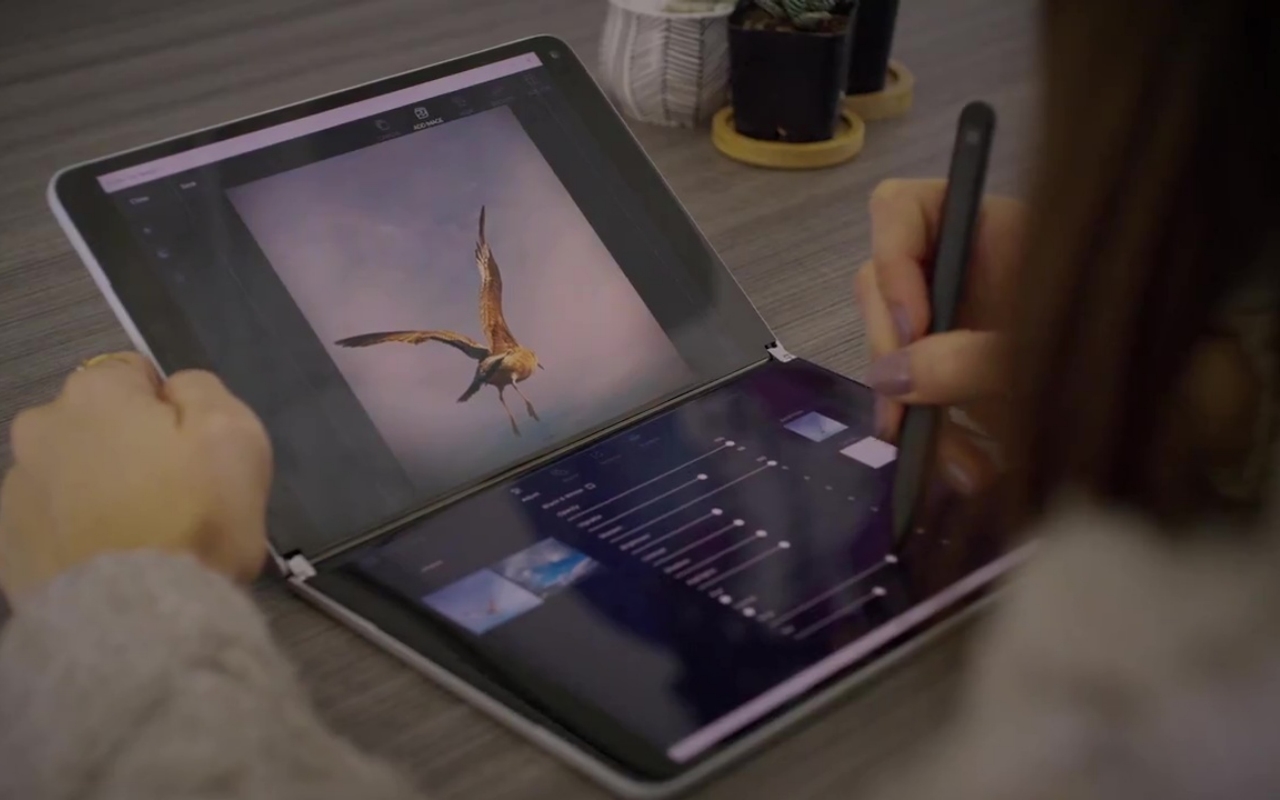 Windows 10X actually only took a backseat to the Surface Neo, the device that some would consider as the dual-screen Courier incarnate. Windows 10X was then designed to be the version of Windows designed for such devices and Microsoft expected others would follow suit. ASUS and Lenovo definitely seemed excited at the prospect but, as we know by now, that just wasn’t meant to be.

What Windows 10X was going to be

While the chances of the Surface Neo ever launching became slimmer and slimmer, Windows 10X would continue to live on, at least for a time. Rather than throw it all out, Microsoft decided to give the special Windows version a different calling, one that would target more traditional single-screen devices but was still different enough from the “normal” Windows 10 to justify its existence. Windows 10X would then be positioned to take on Chrome OS instead and, unfortunately, that was probably when it started to fall apart.

In this version, Windows 10X would adopt a more streamlined and simpler user interface, one that was kinder to less powerful hardware that Chromebooks were known and notorious for. To some extent, that UI would be more touch-friendly while still embracing a good, old-fashioned keyboard and mouse. Most importantly, however, it would be more locked down and limited in terms of apps you can run, mostly to apps that were only available from the Microsoft Store.

What Windows 10X couldn’t be

If that sounded familiar, that’s because it’s pretty much the same story Microsoft told again and again, first with Windows RT and then with Windows 10 S, later Windows 10 with S Mode. To some extent, it would also be the narrative with Windows 10 on Arm, but mostly due to technical limitations rather than something arbitrarily decided by Microsoft. In almost all cases, the response of Windows users and customers has been mostly the same: not interested.

It almost seemed like Windows 10X was being groomed to fail. It would have been exciting due to a newer and lighter core but, in dumping decades of baggage, it also threw out most of the things that made Windows what it is. Microsoft did promise support for win32 apps after the initial release but first impressions always last. Together with economic concerns and the need for stability, it seemed that now would be the worst time to make such a big experiment, one that would have required an even bigger leap of faith from already hard-pressed companies and customers.

Here's your first look at Windows 10X for single-screen PCs. I should hopefully have more to share very soon :) pic.twitter.com/irkbMC5w5n

All of these point to one truth that may be a good thing or a bad thing, depending on who you ask. Windows, at least this version of Windows as we know it, will probably never change, at least not significantly and not anytime soon. It will, in the very foreseeable future, remain the desktop and laptop operating system running on Intel and AMD computers that we love or love to hate.

There is definitely some resistance to change, both from end users and business customers. Not that they don’t want anything new, just that they often can’t afford to break things that have been working for years, maybe even decades. Windows is so ingrained in many facets of computing life that even a slight change in the Start Menu has raised pitchforks and lit up torches.

Windows has also become synonymous with the software that runs on it that it becomes completely meaningless if it can no longer support those. That’s even when there might be better and more modern alternatives already available. You can present a new class of devices that run a new kind of Windows but, if you don’t support their favorite apps or games, you really won’t be able to sell any of those, not even to enterprise customers with very specific needs and software. 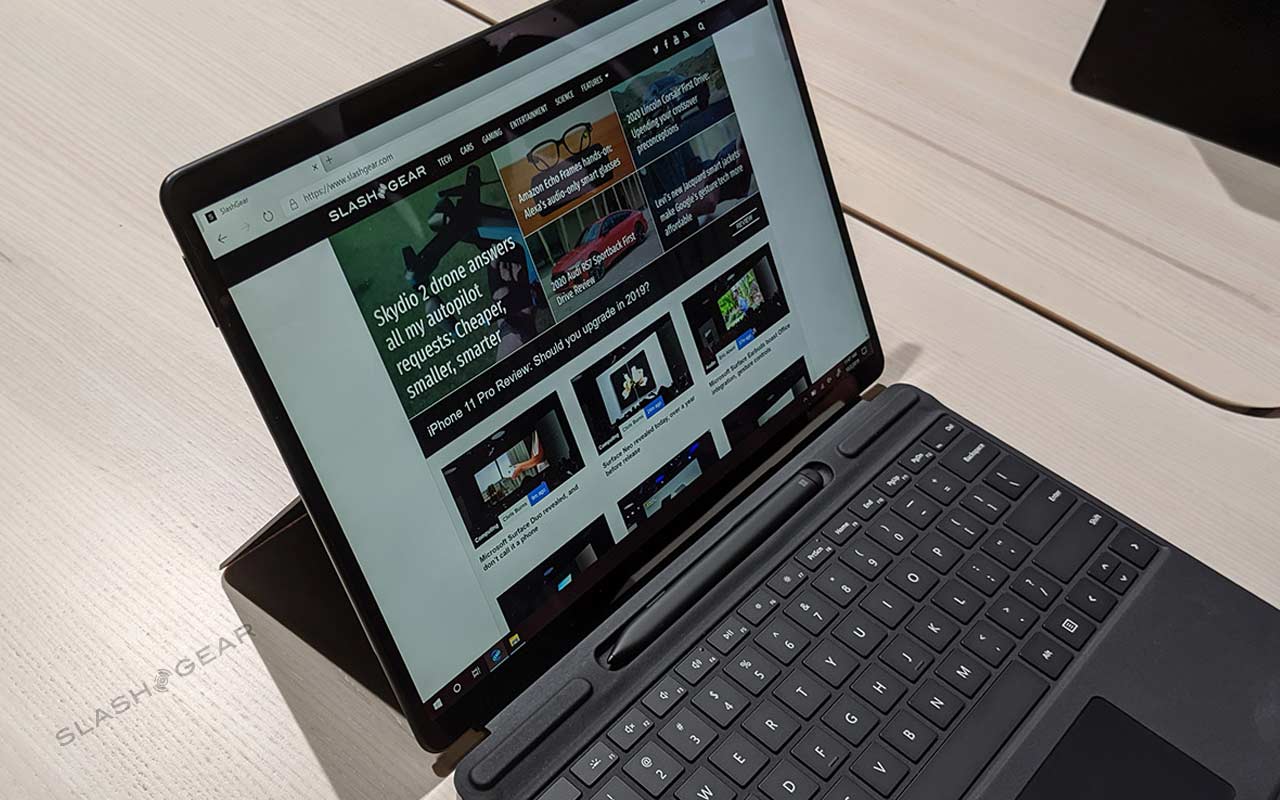 Microsoft also lacks the power to actually push for big, massive changes that break away from old hardware and software. It can’t do an Apple, for example, in cutting ties with 32-bit software and x86 silicon completely. And when its best Arm-based solution is Windows 10 on Arm on the Surface Pro X, that might be for the best anyway.

Despite all that, Windows staying the way it is might not be a bad thing completely, at least not in the immediate future. In this fast-changing tech world, Windows 10 could offer the familiarity and reliability some people need from their computers. It might not always be exciting, of course, but not everything has to be. Presuming everything’s actually working as it should (this is Windows, after all), Windows computers will let you get your work or game done without much fuss.

Of course, Microsoft shouldn’t bet on this situation lasting forever. Software vendors are slowly moving away from living in a Windows-only world and newer and richer experiences are being built on the Web instead. Game streaming could also make the OS less relevant, at least in the ideal future. Windows will soon go beyond being stable and become obsolete unless Microsoft can come up with a more foolproof and future-proof plan for a new Windows version. Fortunately, it can probably plan exactly that now that Windows 10X is off the table until further notice.