Windows 10 to set aside 7GB “Reserved Storage” for updates

Windows 10 has once again become the object of scorn in last year’s major update that ruined uses’ lives in more ways than one. Microsoft has been chided for the worsening quality of its software updates that seem to have an increasing number of problems each time. It’s solution? Throw more disk space at it. Starting with the next major Windows 10 update in Spring 2019, Microsoft will be setting aside a minimum of 7 GB of “Reserved storage” to ensure a seamless and painless upgrade. Or at least one hopes.

This new “feature” specifically addresses the file-deleting bug that Windows 10 users unfortunately experienced in the October 2018 update. By having a pre-allocated amount of storage set aside for updates, Windows will have to do less file-shuffling during the update, which means less chances of files being accidentally deleted. Users won’t also suddenly run out of disk space while the update downloads because that space is already earmarked for it.

That 7 GB of space is only for the next update and it may increase or decrease, depending on the update. The space will also be used to store temporary files that the operating system needs to function normally so that Windows won’t suddenly act strangely when it suddenly runs out of general free storage space. The size also depends on the optional features you have enabled and languages you have installed. 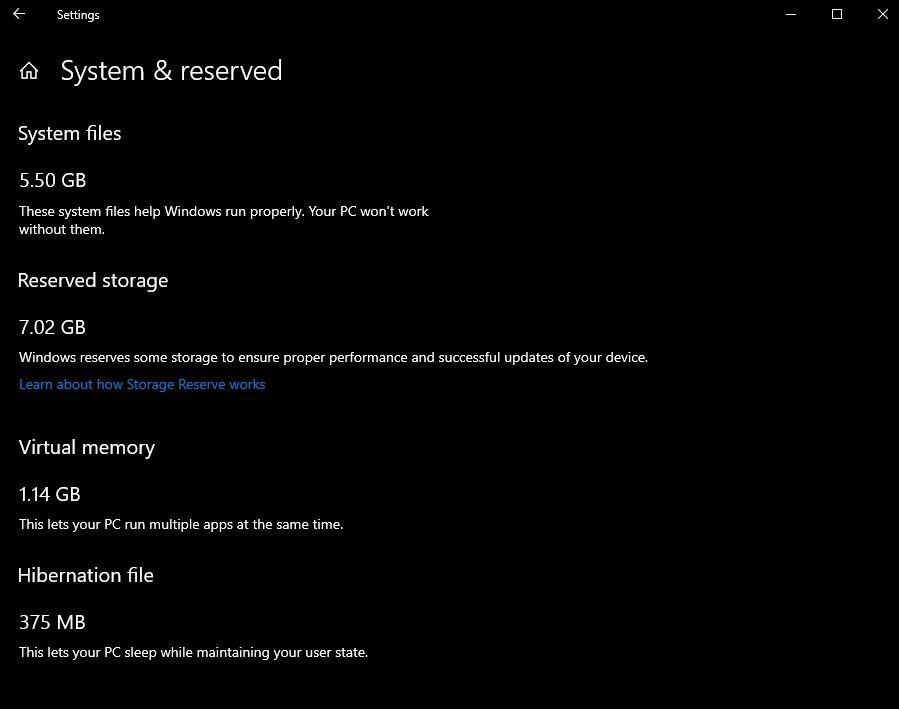 7 GB might not sound much but that really depends on what kind of PC you’re using. Desktops would have plenty of room but 2-in-1s like Microsoft’s own Surface Go would probably be in a bit of trouble. And it’s not like Windows 10 itself doesn’t already eat large chunks of storage out of the box. You could connect external storage to temporarily boost capacity during updates, but only if you remember to.

Microsoft says that Reserved storage will be a standard part of Windows 10 moving forward and cannot be removed. You can only reduce the space it eats up. That does mean, however, that the initial implementation will require Windows to free up space for it and, as proven last year, it might not be that smart about that.