Advertisements on web pages? That’s so 2000. Ads in free mobile apps? Becoming a fact of life. But ads in file managers? That’s probably pushing it a bit. Yet that is exactly what Microsoft seems to be doing to an increasing degree with File Explorer in Windows 10. No, you don’t have to worry about NSFW content suddenly showing up. At the moment, it’s just an ad, really nagware, for users to sign up for a premium OneDrive account. But Microsoft’s nagware behavior this past years is causing some serious concern among users.

Unlike in previous versions of Windows that required a separate installation of OneDrive, Windows 10 baked Microsoft’s cloud storage service right into the OS. Perhaps a bit too much. While it was apparently spotted a few times some months ago, users are now reporting an increasing rate of banner ads showing up at the top of File Explorer.

The ad is an invitation and a reminder that users can get 1 TB of cloud storage by signing up for a premium OneDrive account. Admittedly, it at least shows up in an appropriate place and it is at least a Microsoft product. But the problem isn’t just this single instance but a worrying pattern of Microsoft placing such advertisements anywhere as long as it can get away with it.

For all its benefits, Windows 10 has been labeled as a privacy and control nightmare by critics. Microsoft initially buried the switches that would turn off privacy-related settings, some of them related to advertising, until it was taken to task for it. Things came to a head near the end of the free Windows 10 update period, when Microsoft’s nagging notifications would show up at inappropriate times or places, even to the point that it would deceptively lead users into updating when they didn’t want to yet.

This OneDrive ad is admittedly less harmful but still annoying, especially since it supposedly re-appears randomly. Given its previous actions, there might come a time when Microsoft might actually format the ad in a way that will make users subscribe to the service rather than dismiss the ad. Things will probably get more “colorful” then.

Update: To remove the ads, you will have to remove an option

1. At the Windows File Explorer, go to View tab > click on Options 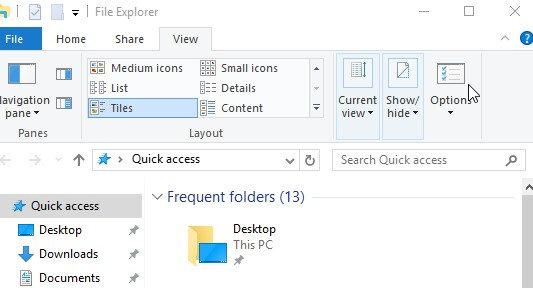 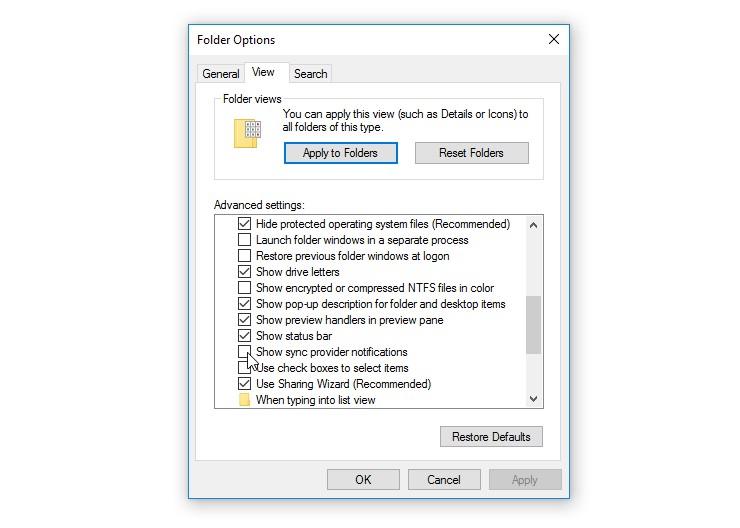