Last week, Microsoft was discovered to have silently updated its Licensing Agreement, you know, that part that barely anyone reads before installing software, for Windows 10. What Microsoft sneaked in has sent ripples on the Internet over the weekend and, in typical fashion, has polarized even Windows users. What exactly is that change? In order to use Windows 10, users, at least the Home consumer ones, must agree to receive automatic system and app updates, no questions asked. It is, after all, for the common good, but thing aren’t always ideal.

Windows as a Service

Next to the Universal App Platform, the other biggest spiel that Microsoft is making about Windows 10 is transforming the OS into a service, which is a common buzzword in the tech industry of late (software as a service, platform as a service, etc.). For Microsoft, this practically means an ongoing stream of updates delivered as they come, instead of the former packaged deliveries (Service Packs) or even the time-based rollouts (Patch Tuesdays). This has also been the basis of why people call Windows 10 as the last Windows release, since, in theory, it will just be updated over and over again.

In this light, the requirement to agree to automatic updates does make sense. Most services update software behind the scenes. Some programs, especially browsers like Chrome and Firefox, even do that as well. The “new feature”, if you could call it that, gives Microsoft the ability to immediately push out important updates any time when needed and not have to wait for either schedules or user’s permission. There is still some semblance of user choice, however, though not as liberating as before. Users can only choose between automatically rebooting after important updates and restarting at their discretion. The latter is most likely to be the most popular, presuming it’s easily found.

The fact that Microsoft is now requiring such control over users’ computers is, admittedly, somewhat frightening. But the opposite scenario, however, is even more so.

Getting rid of baggage

Microsoft is trying to shed off the image and reality of Windows being one of the most insecure operating systems of all time. Part of that historical baggage has been due to Microsoft’s traditional patch cadence, which it is now trying to abolish. But part of the blame also lies on users, particularly the regular home users. Businesses are more conscientious, though also more picky, about keeping their systems up to date. After all, their operations depend on keeping their computers secure. End users, on the other hand, often put things off. Worse, they aren’t well aware of critical security problems until it hits mainstream media. And, to some extent, it’s not exactly their responsibility to keep abreast of things. Unless they happen to be system administrators of their own PCs.

This moves removes the burden off the shoulders of users. Almost like the kill switch bill in California, automatic updates means that users need not even be aware of having to enable the setting. Things just happen. The only thing they need to be aware of, which will hopefully be made easily obvious, is whether to restart immediately after an update or not.

It is an understandable tradeoff. It absolves Microsoft of blame and also absolves the user of responsibility. In an ideal world, it’s a win-win scenario. But we don’t live in an ideal world. 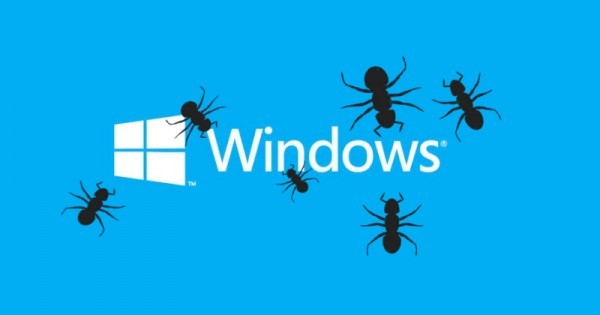 One would think that a feature that perpetually keeps users’ computers secure would be warmly welcome with open arms. In theory, it should be. But much of the wariness, if not complete opposition, to the change all boils down to two things: control and trust.

There is something to be said about handing over to Microsoft almost complete control of one’s computer, particular in this critical process. Whether that is an illusion or not is a debate for another day, but it’s enough for users to balk at the idea that they can’t choose when or if they want certain important updates. Let it be noted that Microsoft isn’t completely taking away control, at least not for all kinds of users. Businesses using Windows 10 will still have the freedom to choose when they want to apply updates, usually after they have verified that the patch works as advertised.

One subset of users will be aversely affected by this new policy are pirates. Of course, it’s too early to say how Windows 10 can be pirated, if at all. Traditionally, however, those using “non-genuine” copies of Windows do not apply updates because many of those close the security exploits that make the piracy possible. This will definitely make life harder for them.

Another, and probably more reasonable, sticking point is how much trust the user is willing to ascribe to Microsoft. Agreeing to let Microsoft automatically update Windows 10 Home installations carries an implicit vote of confidence that Microsoft will not screw up the update, intentionally or otherwise. Even the most well tested patch could hit corner cases that could render a computer completely unusable. Without a proper backup (a more important thing Microsoft probably needs to automate), it could leave users locked out. And some might point out how Microsoft could use the opportunity to sneak in some less than innocent “feature” with the user none the wiser. Then again, since Windows itself is closed source, that would be true whether or not updates are automatic.

Given most users’ seemingly innate talent to forego updates, Microsoft’s decision to force Windows 10 updates might be a strategic one. We’ll, of course, presume that it is doing so in good faith and not for any conspiracy. It could, however, probably implemented it better.

If the main problem is users not updating regularly or at all, then Microsoft could have just made automatic updates the default behavior without removing the option to disable it. And it could make the process of disabling it a bit more involved to impress on the user the severity of the consequences of their action. Think two-step authorization. It solves the same problems but doesn’t wrest control away from the user.

That said, the whole issue might blow over anyway, with many shrugging their shoulders and either accepting things as they are or walking away from Windows 10 completely. It might be too late for Microsoft to change things right now, considering how close we are to launch date, but they can very well change things after the fact. Ironically, that update would come via that same forced auto-update.