Popular messaging platform WhatsApp owned by Facebook with a userbase of more than 2 billion, in a surprise move, has updated its privacy policy. Users are receiving this notice via a pop-up alert in the app, narrowing down on the new set of policies that are in place. This has stirred a huge debate about Facebook’s promise of privacy and keeping the user interest at stake.

So, now the people will either have to live with those privacy concerns in the back of their mind or if they don’t comply, will be forced to switch to some other messaging service for good. To be precise, it’s either Facebook’s way or the highway for the users! 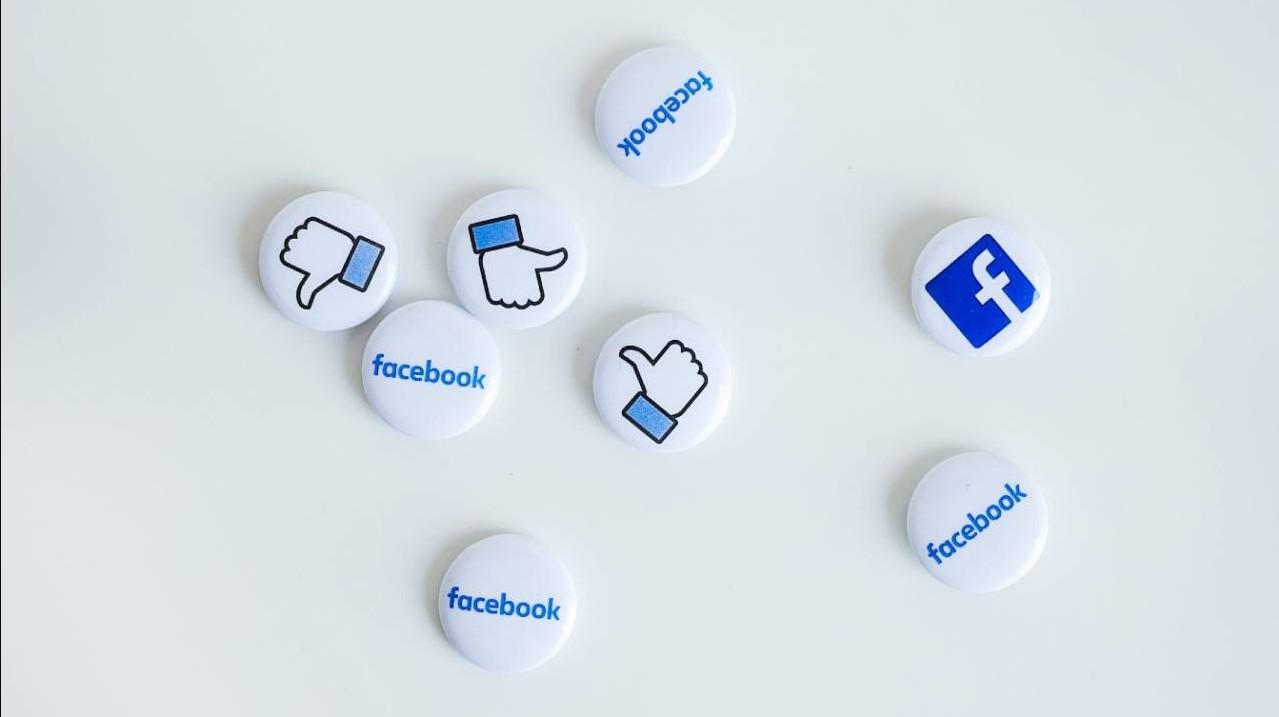 When Facebook acquired WhatsApp for $19 billion, they vowed user privacy protection, and that no changes would be made to it. The messaging app’s data was however shared by default with Facebook for better ad targeting – but the users could opt-out any time without any strings attached. Now, the tables have turned (outside of Europe at least) as the opt-out option is going to be completely removed by February 8. Decline the new policies and you’ll no longer be able to use WhatsApp at all.

The U-turn from the “respect for your privacy” DNA of the app with the end-to-end encryption across chats right since 2016 is disappointing, to say the least. Obviously, the app has landed in the wrong hands, and now Facebook is doing everything to exploit user data for its own revenue generating motives that have deep roots in how the business model operates. 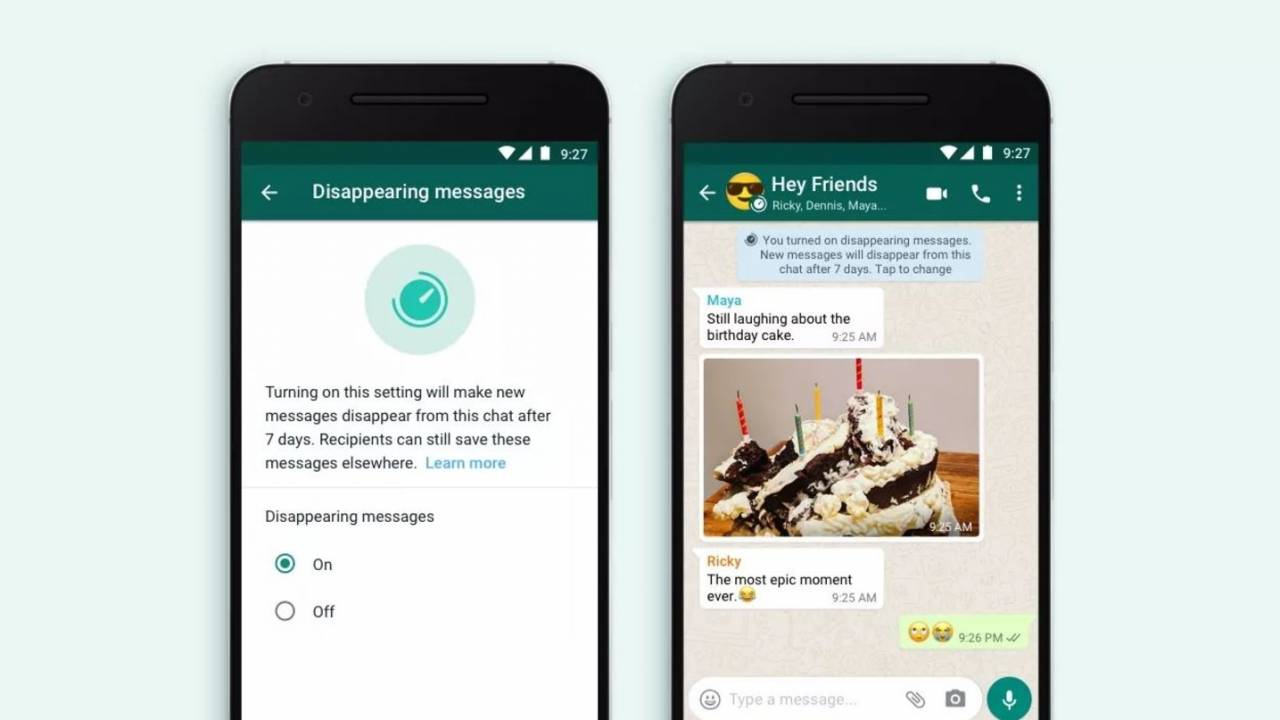 The privacy policy and terms of service have been laid down in a long 8,000 odd words legal jargon (like every other policy on the planet) that in the best case would not be clear to a normal user. To cut short, now the service will share data with the parent company including location data, battery level, IMEI number, mobile network, and even more.

Not only this, the app will share information to the parent company Facebook about the groups you are participating in, real-time status, profile photo or even the data about your online status on the app. If that wasn’t enough, WhatsApp has a separate section in the new policy by the name “Transactions and Payments data.” If you’ve already assumed, then let us tell you for the sake of it – the information of your payments made through the app will also be stored. Facebook claims to use this just for analysis purpose and let’s hope it stay that way – in the worst-case scenario.

While as the unassuming user you might think that has no repercussions but experts know there’s a lot to lose in the long run as your personal data is now exposed to even more possibilities of exploitation even though Facebook would not inherently want to do that, but in the online space things aren’t as simple as they seem. 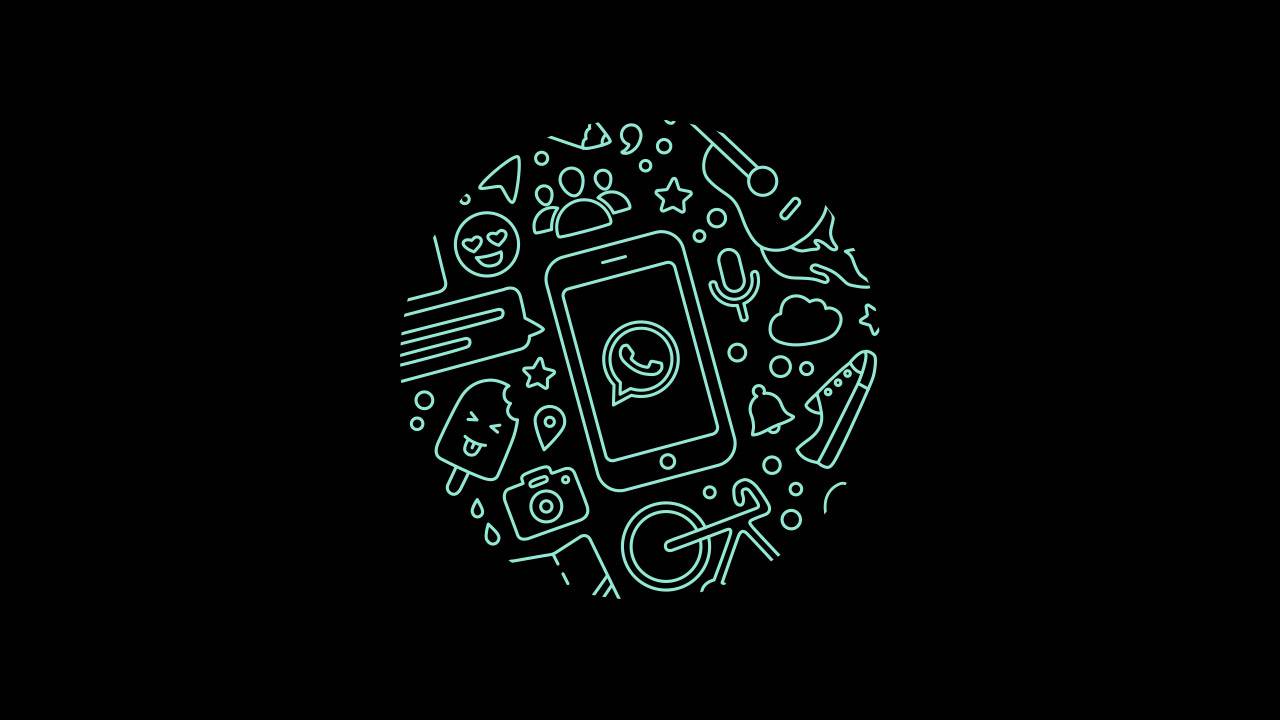 WhatsApp has put users’ data out in the open by serving it to parent company Facebook, and consequently to third-party apps and who knows what else. So, it is a wise move to go for more secure, better, and refreshing services that won’t leave your privacy in jeopardy.
Signal 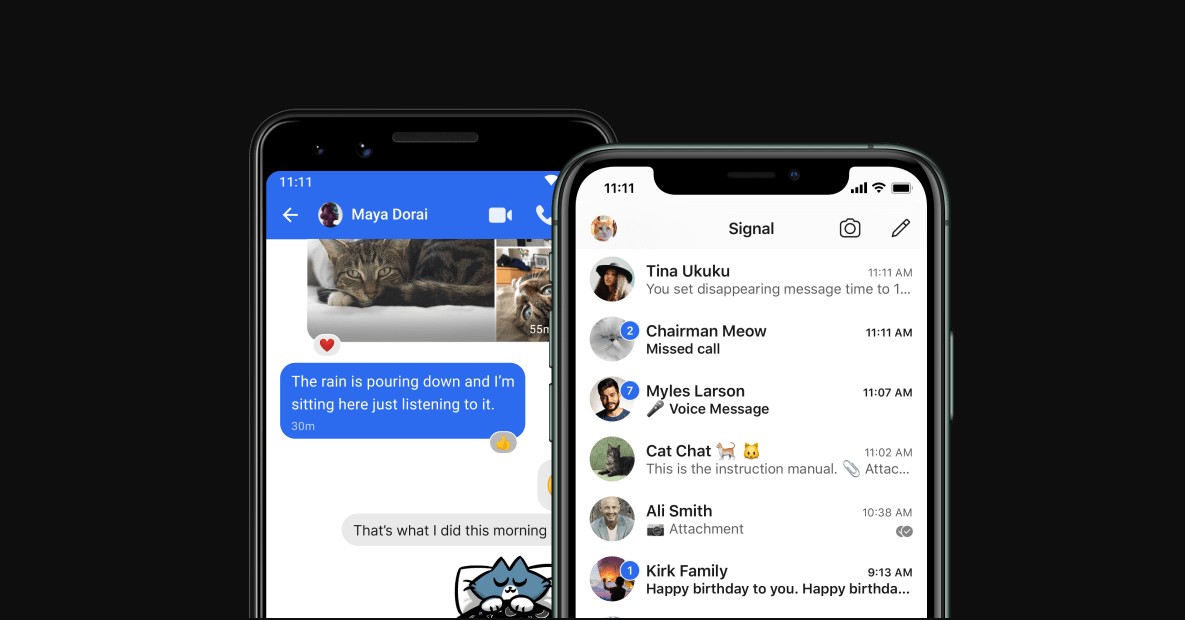 The cross-platform messaging app developed by the Signal Foundation and Signal Messenger LLC is similar to WhatsApp in more ways than one. You can send private or group messages to buddies and family – including the capability to send files, pictures, audio files or make voice/video calls. Add to that features like onscreen privacy options, anti-surveillance tools and disappearing messages and you might actually fancy the service.

The open-source free app has a very clear privacy policy, the messages are end-to-end encrypted – any user data is not linked to the identity and user data is not stored on the servers. Even the richest man on the planet, Elon Musk, has urged users to use Signal over the user data and privacy concerns that Facebook has long been alleged for. This has already sky-rocketed downloads for the app, to a good measure. 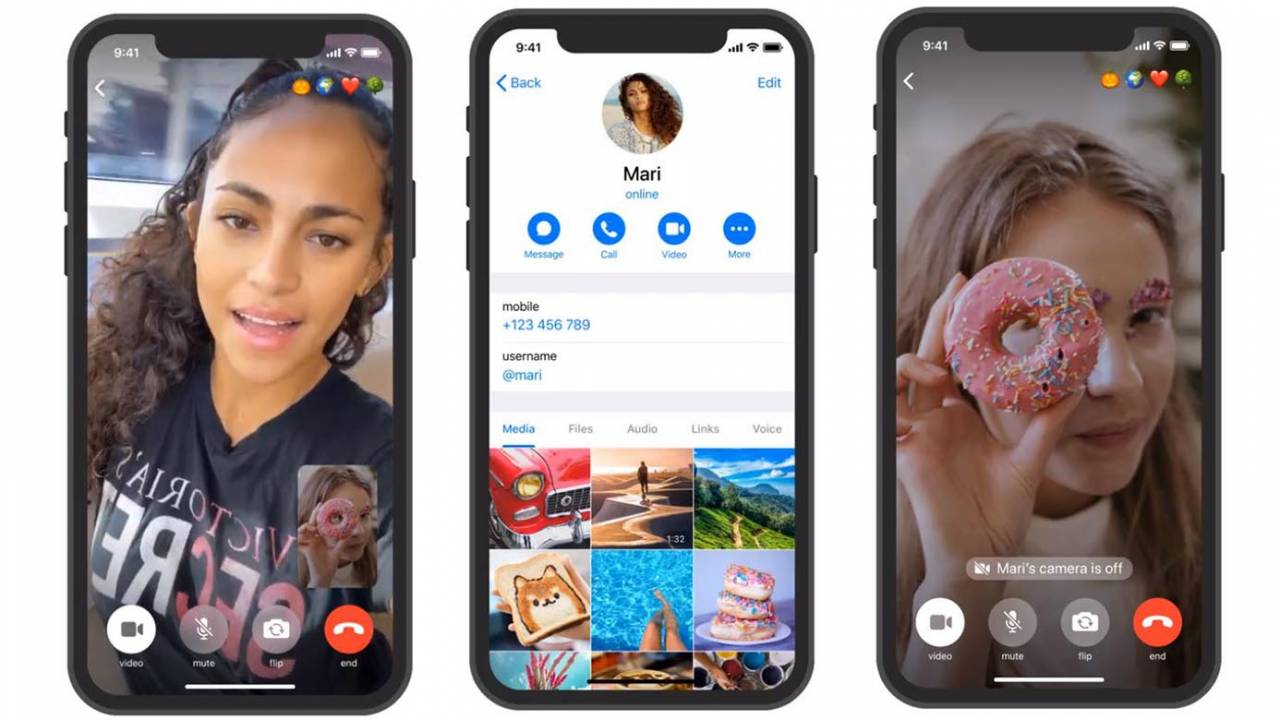 Another free to use platform that presents itself as a decent alternative to WhatsApp. Telegram is also end-to-end encrypted and it uses a more secure MTProto protocol for high-grade security. Telegram uses a peculiar distributed infrastructure wherein the relevant decryption keys are divided into two parts – and they are “never kept in the same place as the data they protect.”

The app has been playing second fiddle to WhatsApp for quite some time now but the fortunes are destined to change. The service brings the usual features like any other messaging app and some quirky ones too. There is the ability to create super groups of up to 100,000 people, sharing of big files – up to 1.5GB, end-to-end encrypted secret chats.

You can even play games within the app via the game bots and by-the-way voice call feature is worth mentioning. The only gripe is the lack of video calling – so, if that isn’t a deal-breaker, Telegram is an excellent option. 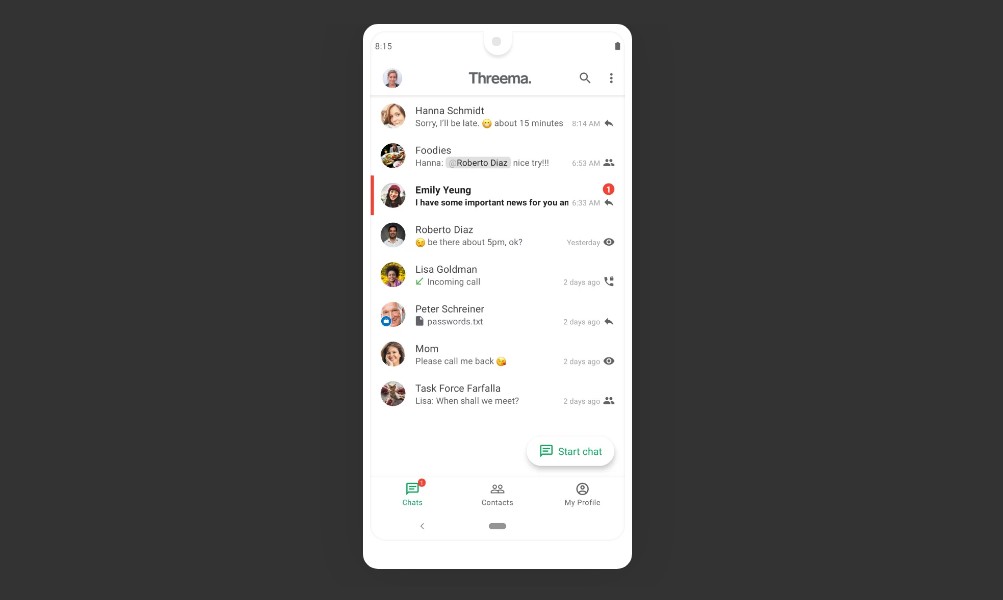 If Signal or Telegram are not to your complete liking, then there’s another app to explore. The paid app is for those who don’t want to compromise with their personal data in any way. The open-source app is end-to-end encrypted and creates as little data as possible on the servers. Everything from your private files, voice calls to the group chats, and location data are 100-percent secure with Threema.

The app uses an 8-digit ID rather than using your existing phone number, that way it adds another layer of personal data protection to the package. Also, another privacy advantage comes in the form of non-login to the IP addresses or the metadata, thus eliminating any chances of tracking users or profiling them altogether.