WhatsApp has rolled out a new feature that is commonly found on alternative privacy-centric messaging apps: disappearing videos and photos. The feature offers users more control over the media they share with others, enabling them to send potentially sensitive content to others without it remaining in the chat indefinitely.

The new feature is called View Once, and it works similarly to Snapchat’s Snaps. Once viewed, the content will disappear from the chat automatically. WhatsApp provides examples of how View Once may be useful for users, such as sending someone an image of your WiFi password, which will then delete itself from chat once the recipient has viewed it. 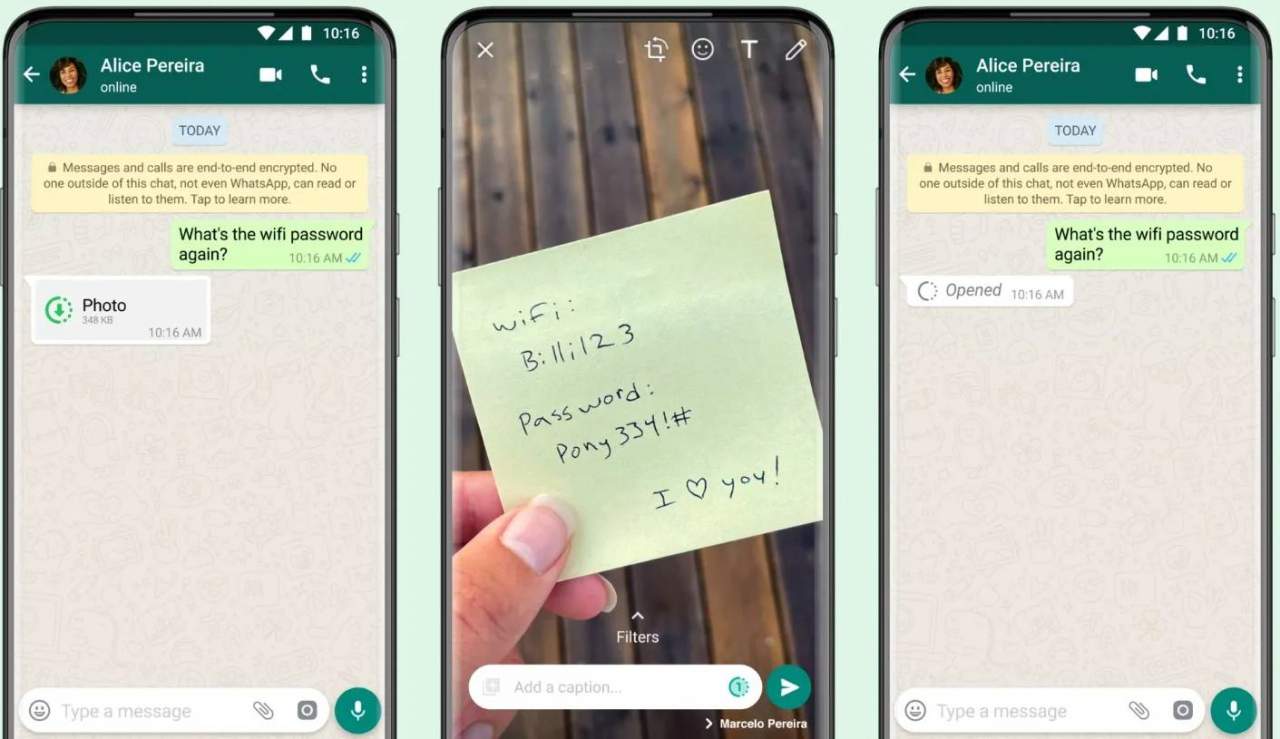 A View Once video or photo will appear in the chat with a unique icon that makes it clear the user needs to pay attention once they open it. Once opened, the message will simply appear as an ‘Opened’ View Once message in the chat with the timestamp, but without the actual media.

WhatsApp notes that the View Once videos and images are, like the rest of the chat, secured with end-to-end encryption. The feature is similar to ones offered by competing messaging apps, though more robust options are available for those who want more control over their content.

Wickr Me, for example, allows users to put a timer on their messages so that they disappear after a set period of time. Regardless, WhatsApp remains more popular than these alternatives and any additional privacy features are a welcome expansion. According to WhatsApp, the View Once feature is rolling out to all users starting this week.