Wear OS is headed down the road of irrelevance

Days before its big Pixel event, Google released its latest version of its wearable spin on Android. Not Android Wear, of course, but Wear OS, this time version 2.0. The release was met with generally positive response, praising the more streamlined UI that finally makes it more convenient to use navigate through the smartwatch. It didn’t take long, however, for the initial excitement over Wear OS 2.0 to die down, for one reason or another. It is, unfortunately, indicative of the problem that threatens to ultimately make Android smartwatches obsolete and irrelevant.

The version 2.0 update to Wear OS is, of course, commendable. Some might even sasy it’s long overdue. After all, considering Android Wear before it, Google’s wearable OS is practically four years old. And yet it is only now that Wear OS users feel that Google finally got it right.

The biggest change for the release is the “home” user interface. Wear OS 2.0 requires less swiping to get to the important stuff, like settings, notifications, contextual information, and health tracking. When you have a little screen space and even less time, reducing the need to swipe across pages is definitely a huge improvement.

Some, however, are not exactly convinced by the new approach to handling information. The old Wear OS (and Android Wear) would split notifications and information up into bite-sized pages. Wear OS 2.0 puts notifications into one scrolling list, just like on Android. Actions on notifications can be done inline without having to navigate away to other screens, only to return to the notification list afterward. It is the UI equivalent of rearranging the clutter in your room. It might look new and nicer, but it’s still clutter.

Wear OS users will still be dealing with the information overload that their smartwatch presents to them, be it from third-party apps or from, say, Google Assistant. Their smartwatches simply move over the notification clutter from smartphone to smartwatch, from multiple pages to one long list. Wear OS isn’t helping users live less overloaded lives. It just makes it easier to get to them.

At one point in smartwatch history, the number of apps you have in your smartwatch store was not just a point of pride, it was also a measure of the platform’s success and sustainability. If you couldn’t get the big mobile apps on your smartwatch platform, you’re doomed to fail. Or so it seemed. It turns out, however, that Samsung had little to worry about.

With only a few exceptions, that plethora of smartwatch apps has barely left a mark on the platform. Unlike on smartphones where the blooming of a thousand apps has improved the ecosystem, smartwatch users find that they actually need very little to get by. Those apps only add to the clutter of notifications and things to maintain both on the user side and on the developer side. 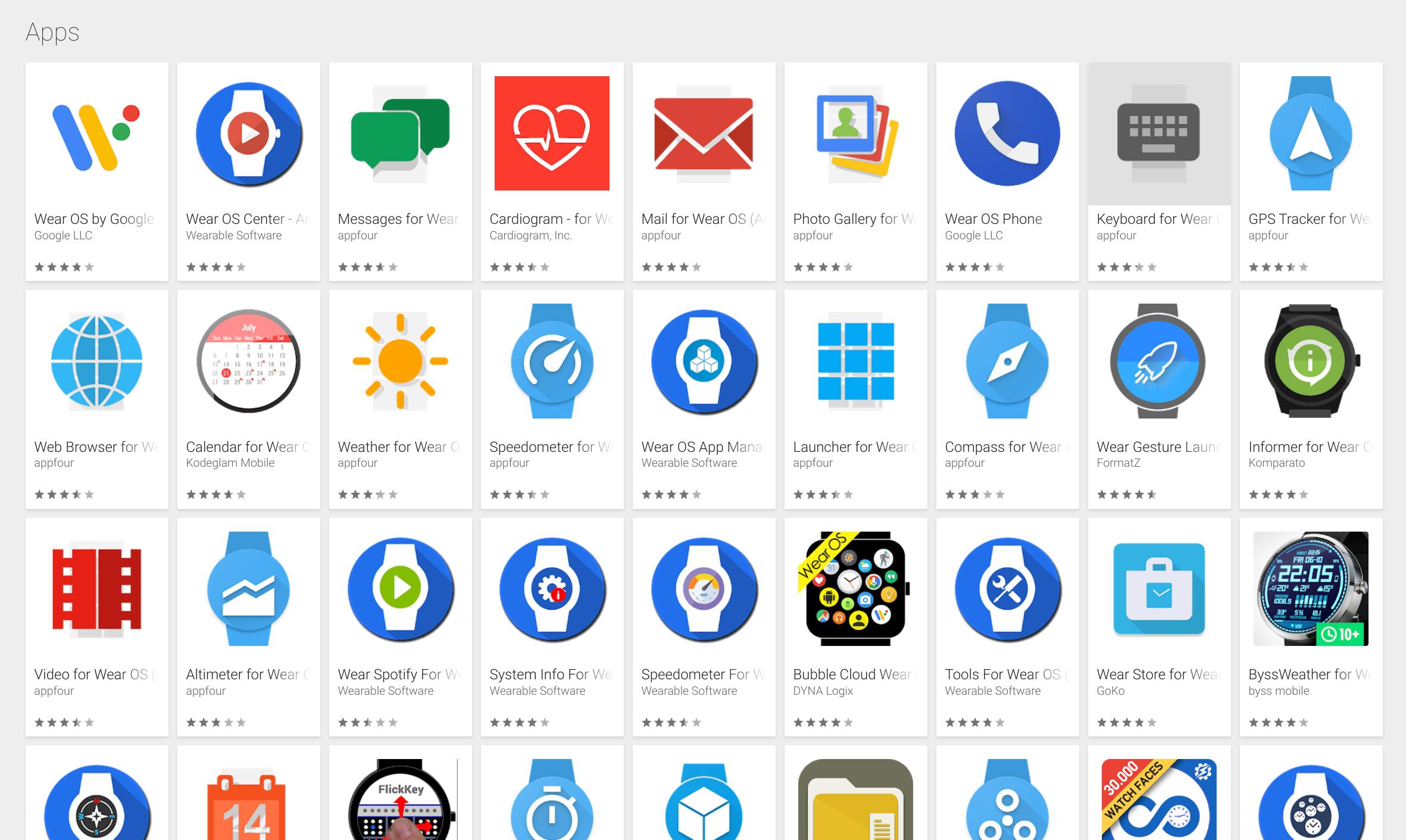 In fact, Wear OS users might not need so many apps cluttering their experience. With Google Assistant on their wrist, everything is really just a tap and a question away. With Wear OS 2.0, Google has put its smart assistant nearby, just one swipe away from home. It presents cards based on time, location, and other contexts. And with Google Assistant’s integration with services and apps (that are on your smartphone), you almost don’t need any other smartwatch app.

Unfortunately, you can only interact with Google Assistant on Wear OS like you would on Android phones. You can tap your way to your heart’s content or, the recommended way, use your voice. Assistant is primarily driven by voice and, unlike on smartphones, you don’t have the fallback of an easy to use virtual keyboard. Unfortunately, voice is actually an inconvenient and impractical interaction method for a device that sits on your wrist and can barely be heard in a crowded or open space.

The update to Wear OS would have been great had it also addressed that market’s most glaring flaw: hardware. Almost all but one Wear OS/Android Wear smartwatches today still run on a two-year old processor which, in turn, is based on an even older platform. Qualcomm’s Snapdragon Wear 3100 just came out but because the market players are so out of sync, the two paths didn’t converge in time. On the one hand, it’s definitely reassuring that some older smartwatches will be able to run Wear OS 2.0. On the other hand, it also hints a stagnating market.

There’s a subtler hardware-related problem in the smartwatch market. It is largely driven by fashion brands who have, to their credit, “humanized” what is otherwise an extremely geeky gadget. But these companies’ priorities are more on appealing to aesthetics and common use than on innovating and pushing the technology forward. They may all look different and fancy on the outside but inside they’re all pretty much the same. The very few in the smartwatch market that have changed the formula are smartphone makers like Samsung and Huawei and LG. And all but one of them don’t run Wear OS.

One of the biggest problems with smartwatches in general and Wear OS by Google and Apple watchOS specifically is the battery life. There are many kinds of smartwatches in the market today but the two most popular breeds can barely reach three days without having to be recharged. And those that do last for days often run a different operating system or none at all, a.k.a. the hybrid/connected watches. 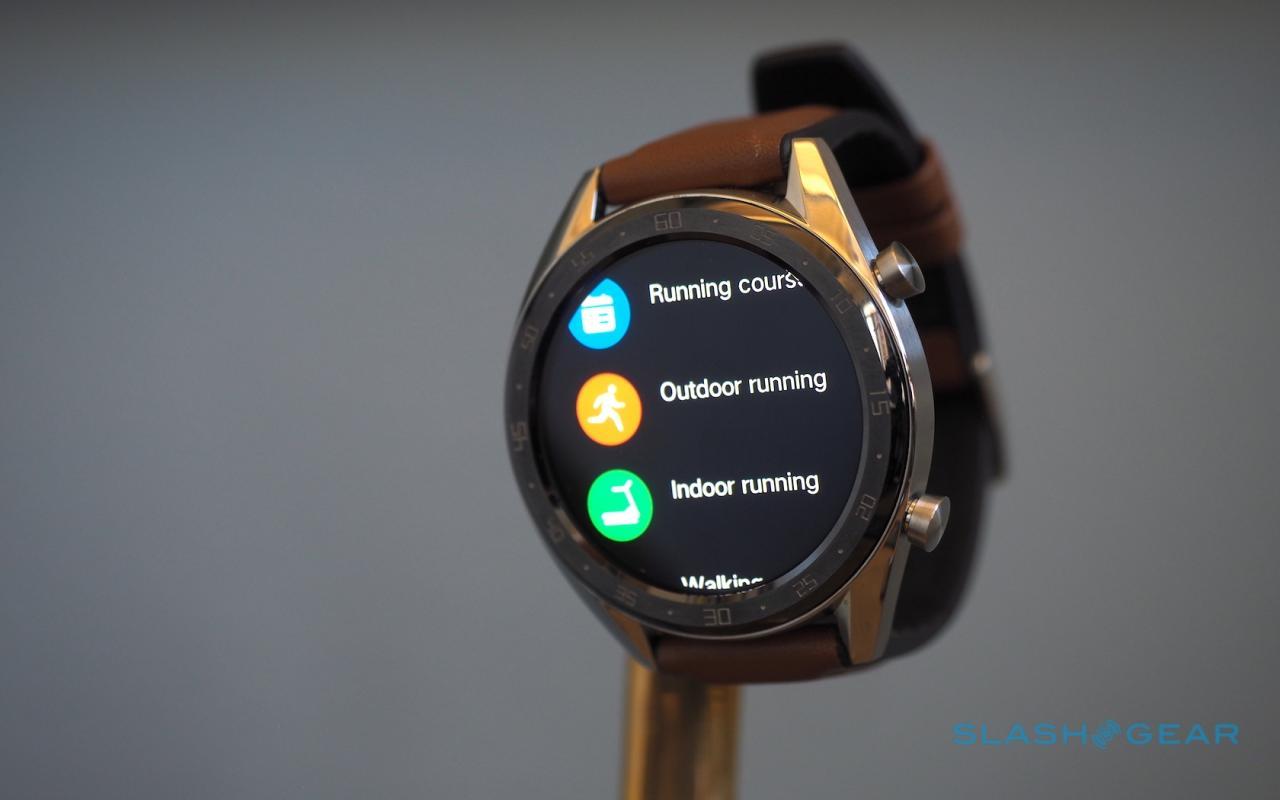 It might be unfair to blame Wear OS for the unimpressive battery life of smartwatches, but it’s indicative of that market as a whole. Every new update tries to improve on battery life, but only in small increments. The platform has not changed considerably in the past two or so years and we can’t even check yet if the new Snapdragon Wear 3100 will bring significant improvements because there’s barely anything that uses it right now.

The smartwatch is like the stepchild of the tech industry. At one point in time, wearables were believed to be the next big thing, at least until the Internet of Things and connected home appliances became that thing. In between that time, smartwatches have not exactly cemented their place in modern life and continue to struggle to find a purpose to be on our wrists.

Lately, that purpose seems to be headed more towards health rather than being an extension of the smartphone. Many smartwatch makers, including those fashion brands, are putting an emphasis on activity tracking and fitness features. Apple is equipping its Apple Watch with more and more health-related hardware. Huawei has dropped Wear OS in favor of its own “Light OS”, sacrificing all those varied apps for the sake of battery life and tracking. And hybrids don’t even have full screens, focusing only on the essentials. Perhaps it’s time for Google and friends to take stock of the Wear OS situation and rethink its direction. Presuming it’s not too late.