Waverly Labs has a very interesting product that may one day help to eliminate the language barrier between people around the world. The device is an earpiece called Pilot that looks rather like a large Bluetooth earpiece. The Pilot can in fact be used as earbuds for streaming wireless music, but its real function is to translate the language that you hear in spoken form.

Waverly Plans to raise money to build the Pilot via Indiegogo with its mobile app serving as a basic phrasebook for translation while traveling out this summer. The Pilot earpiece itself will ship in the Spring of 2017. The Pilot ships with the main unit for translation and a second unit for stereo music streaming, a portable battery charger, and an app that toggles the languages the earpiece can translate. 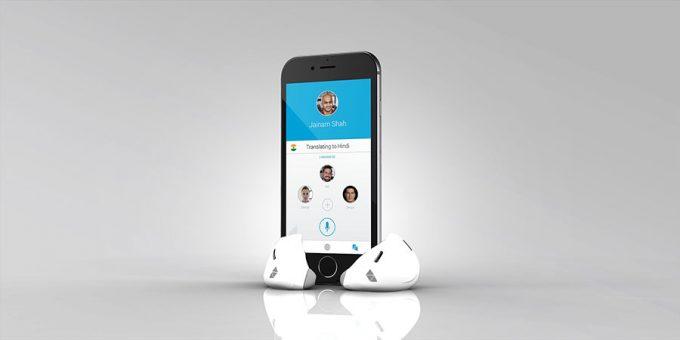 Waverly Labs plans to sell the earpieces for $299 with select languages included. Exactly what those select languages are we don’t know. Additional languages will be offered as downloadable packs with business solutions available on a license model that is based on volume. To start, supported languages will include European based romance and Germanic languages.

Other languages will come later with plans to support Slavic, Semitic, Hindi, and East Asian. As or writing the Indiegogo project to raise money for the headset hasn’t launched. With spring nearly gone and summer right around the corner, it will need to launch soon to keep up with the promised timeline. The Indiegogo page for the project is here. Interestingly there is no mention of support for Spanish, which is one of the most commonly spoken languages in the US. You can sign up for more information and to order when available directly from the Waverly Labs website.