The Walmart and Amazon rivalry continues, this time involving plans to launch another type of futuristic store. Walmart is transforming one of its Sam’s Club locations in Dallas, Texas, into a tech-filled warehouse store where customers have a “mobile-first experience.” How does that work? It’ll involve a new type of storage associate that Sam’s Club calls “the concierge of the club,” as well as a mobile app.

The new type of store is called Sam’s Club Now and the first of its kind will be opening in Dallas. Customers will need a smartphone and the Sam’s Club Now app, the combination of which will provide direct access to things like smart shopping lists, navigation within the store, augmented reality, and the ability to order items for one-hour pickup. 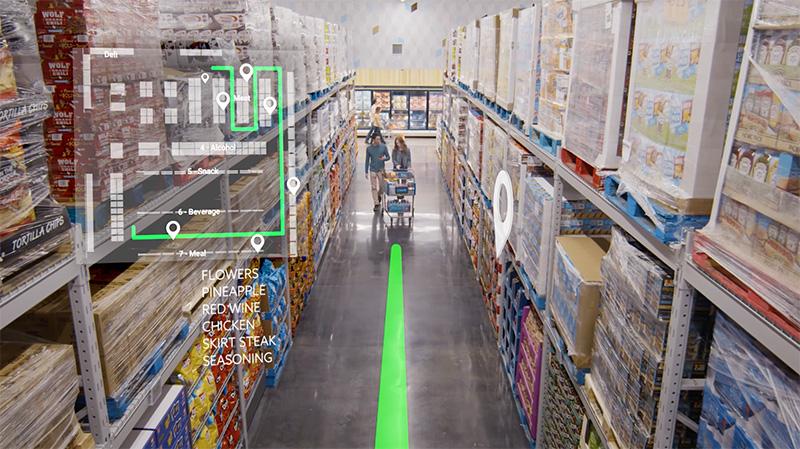 The company details Sam’s Club Now in a way that makes it sound like a work-in-progress. This effort will include testing electronic shelf labels that present instant price and product changes. In the future, Sam’s Club Now stores will also feature more than 700 cameras for inventory management and layout optimization.

At the heart of the experience is Scan & Go, the technology that allows customers to scan the items they pick off a shelf and then put in a cart. According to the retailer, customers will need to present their phone with a code to an associate standing by the door who will scan it. This completes the checkout process, after which point the customer can leave the store.

There are some obvious differences between Amazon Go, the cashier-less store, and Sam’s Club Now, not the least of which are the customers they cater to. Sam’s Club Now is a large warehouse-style store where customers will have access to a larger variety of goods. Amazon Go is a convenience store, the kind of place someone can pop into on their way home or on a lunch break to grab a couple meals and drinks.