Walabot lets you see inside your walls or floors

Anyone who has ever done a DIY project around their home that involved having to drill into the walls has had the fear of hitting something important under the surface of the wall and getting shocked or flooding the home. A new device has landed called WalabotDIY that aims to take that fear out of DIY projects around the house. Walabot is sort of like those stud finders that have been around for years if the stud finder suddenly gained Superman-like x-ray vision.

WalabotDIY is a 3D imaging device that works along with your Android smartphone using an app that is available for download at no cost. Once the app is installed, the device can be used to scan the wall and images are projected onto the screen of the smartphone. The idea is to allow the user to know how far they need to drill or cut to avoid hitting any pipes, wires, or other items inside the walls. 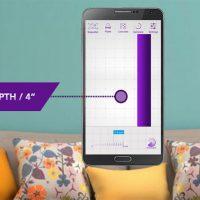 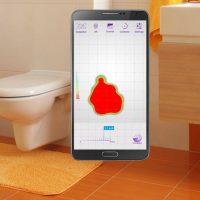 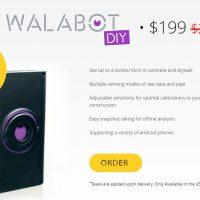 The 3D imaging capability of the device can tell the depth and location of an object through up to four inches of dry wall or concrete. If you think you might have a rodent of some sort inside your walls, the Walabot can also detect movement inside. That feature might also allow you to find a leaky pipe.

Screen shots can be saved to allow study later. “WalabotDIY takes the guesswork out of your next renovation or repair project. It makes all kinds of home repair and renovation tasks easier – everything from hanging a gallery wall, mounting shelving, locating a pesky leak or drilling into a wall without the fear of hitting a pipe or electrical wire,” said Raviv Melamed, CEO and co-founder, Vayyar Imaging. “While there are many use cases for Vayyar’s 3D imaging technology, one of the highest demands we have had is from the home renovation market where 3D imaging makes a wide variety of tasks much easier.” Walabot sells for $299 normally, but has an introductory price of $199.