There’s probably a dozen different ways to advertise a dump truck, and they’re probably all boring compared to this. Volvo has unveiled its new FMX, an 18-ton, 540hp, 8×6 all-wheel-drive construction dump truck. In order to promote the thing, Volvo basically turned it into a remote-controlled car, able to be driven from a remote location via custom-made controls, and then handed it over to a four-year-old to play with.

As one would expect, little Sophie did not go easy on the truck. The video that Volvo produced shows the FMX being navigated through a simulated construction site, along the way crashing into concrete barriers and other obstacles, driving up a sloped hill and then rolling off the side, and finally plowing through a building. 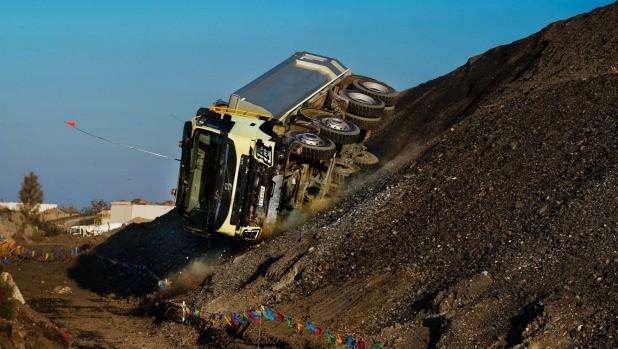 The whole point, of course, is to show just how tough the truck is and how much of a beating it can take. And it sure works, too. Throughout all the damage Sophie puts the FMX through, including the 360-degree roll, the truck keeps on driving without a hitch.

“To show what the truck can do, we want to give it a real challenge. What test driver is more reckless than an unpredictable four-year-old?” said Volvo Trucks VP Richard Fritz. Other features the company boasts of the vehicle having include Automatic Traction Control, to give the truck grip on sloped or soft surfaces, and a secure cabin design to protect the driver, which remains intact after all the collisions in the video. 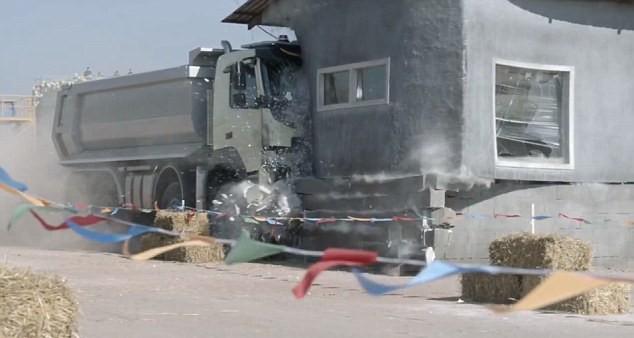