Virtual reality headsets and glasses: when things get tricky

Virtual reality, regardless of how rough around the edges it currently is, excites me to no end. It’s for that reason I promptly ordered a Galaxy S6 and Gear VR, and I’ve been lucky enough to try out the Oculus Rift and HTC Vive, too. There’s one big sticking point that consistently makes me apprehensive, though, and that sometimes makes the VR experience uncomfortable: I wear glasses.

Virtual reality headsets, whether they’re as sophisticated as the Oculus Rift or simple as Google Cardboard, feature a pair of lenses that transmit the displayed images to the wearer’s eyes. If you don’t wear glasses, you’re golden — your biggest concern will be how comfortable the headset is in general. If you wear glasses, though, at best your experience might require some careful readjustments.

For reference, I wear somewhat wide-framed glasses with rectangular-shaped lenses. I don’t have to wear them to see, but the vision in one eye is noticeably terrible and trying to experience VR without my glasses results in a partially blurry, sometimes nauseating experience. Contacts, alas, simply aren’t an option for me.

As a result, my experience with virtual reality has been mixed, and is largely based on how well the headsets can play with my glasses. The Samsung Gear VR is the best of all three aforementioned headsets: the opening is not only most comfortable, but is the perfect size for my glasses. I can slip on the headset and it fits without issue. The few glasses-wearing people I’ve asked to try the Gear VR report no issues, either. Samsung gets major points for the Gear VR’s design. 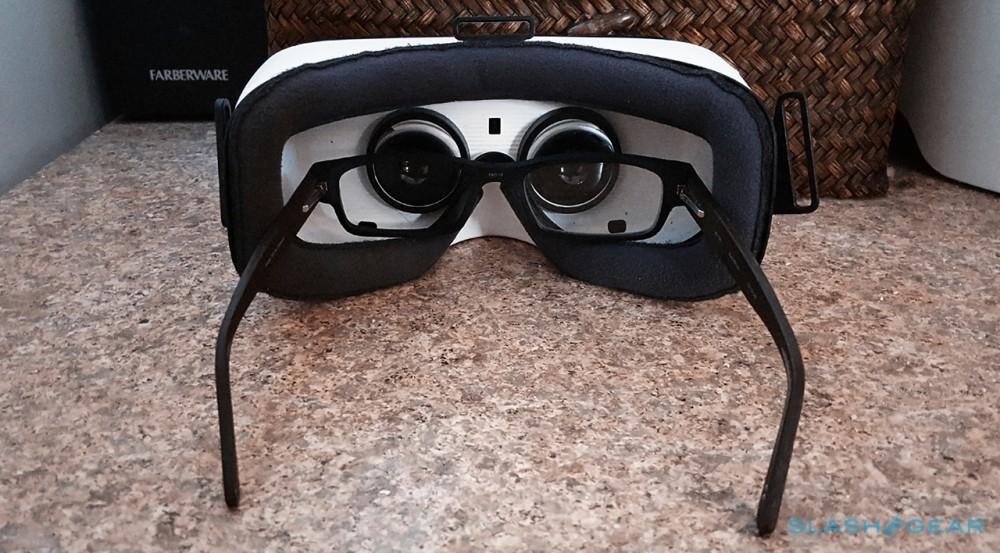 Unfortunately, the same can’t be said for the HTC Vive I tried. Before even attempting, the operator showing me the headset gave an apologetic look and explained that I’ll probably have to take my glasses off and see if I can squeeze them into the headset first, then try to put the entire contraption on my face. That was partially the case; half of my glasses slipped into the headset when I put it on, and the other half required a very forceful push with my thumb. When taking the headset off, my glasses went with it and I had to carefully twist them free. 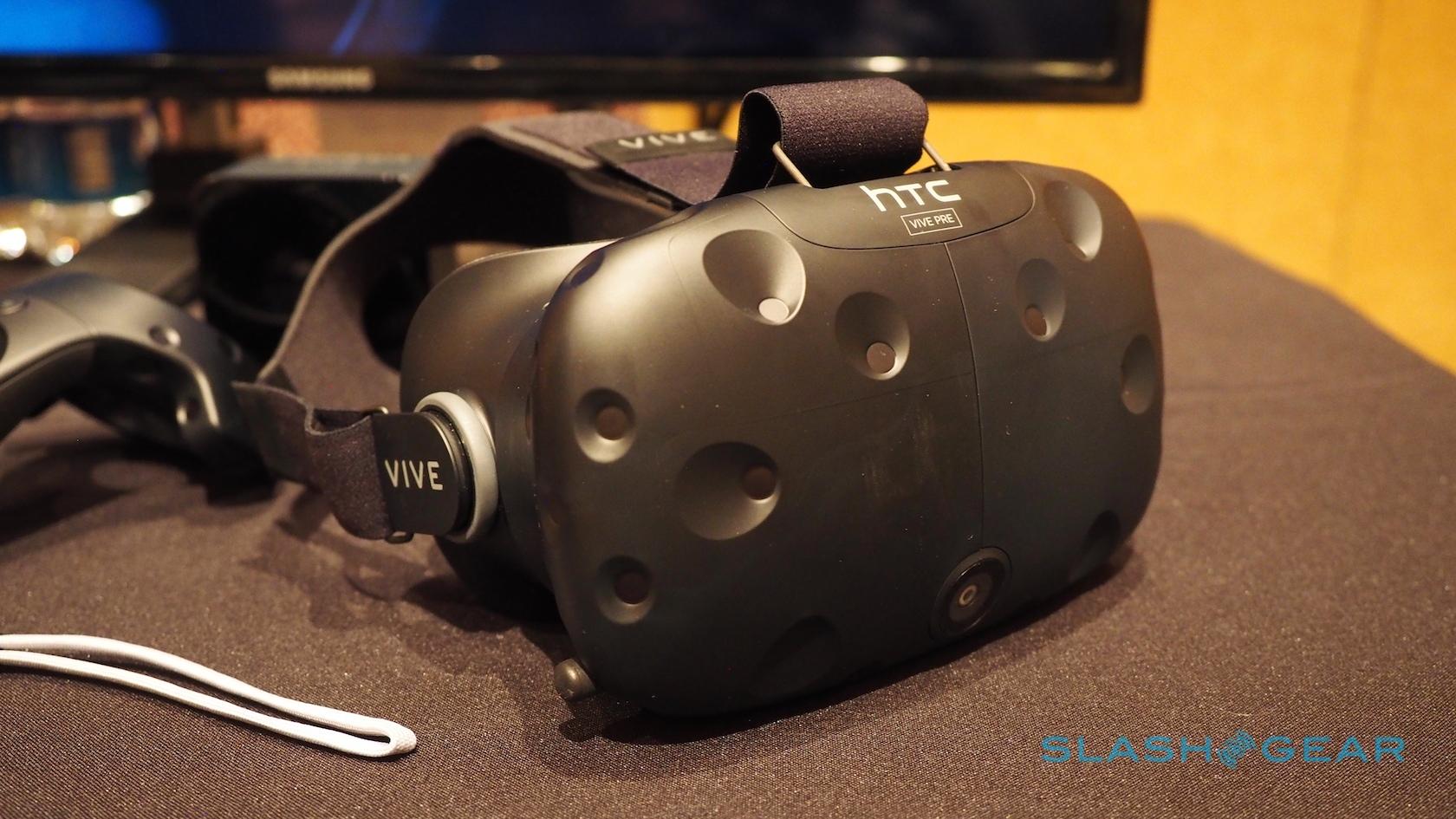 The Oculus Rift fell somewhere in the middle. My glasses fit without having to put them in first, and I didn’t have to wedge them in place. There were no concerns about accidentally torquing the frame like I had with the HTC Vive. They didn’t fit as comfortably as with the Gear VR — I kept getting distracted feeling the frames pressed against my face and I felt like the headset wasn’t sitting quite as well as it would without glasses — but they still fit. 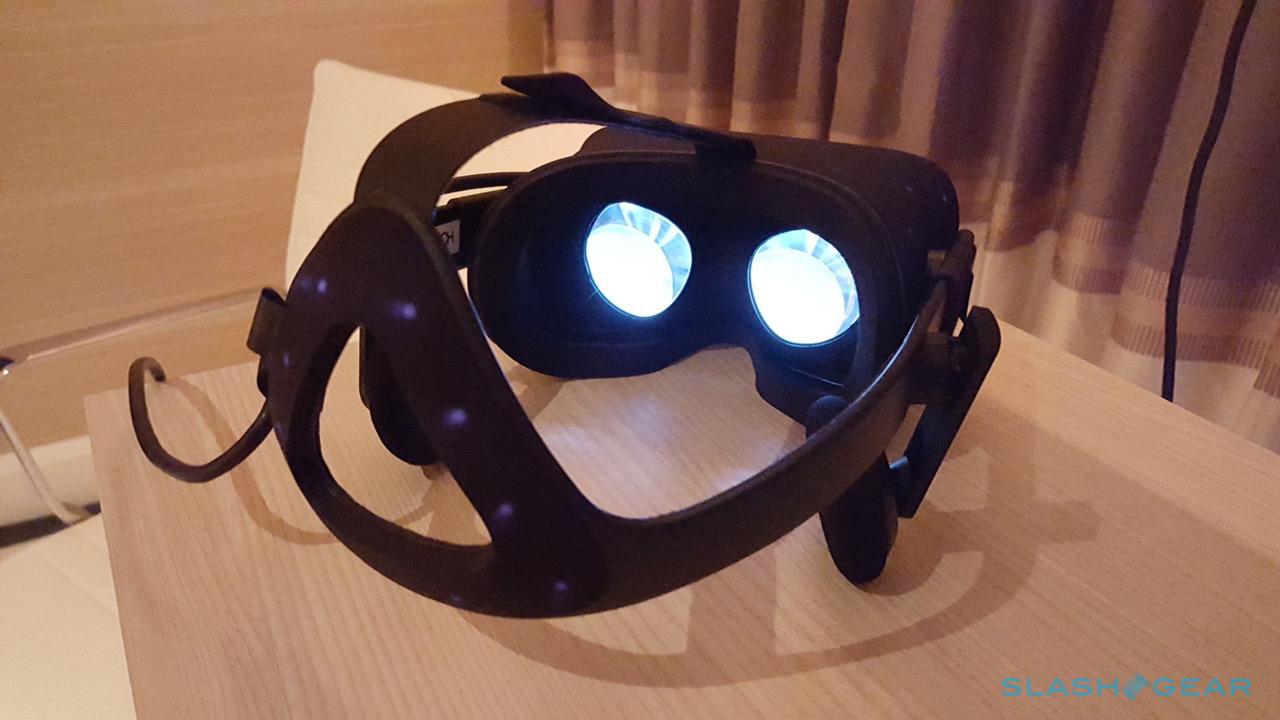 A different sort of issue arose, however: as the headset started warming up, the inside edge of the lenses started to fog over, fading out and partially obscuring parts of the image. This was due to a mixture of inadequate airflow and the type of material my lenses are made from (polycarbonate), as some glasses-wearers I’ve spoken to didn’t have the same issue. I had to slip my thumb under the headset and pull it out a little bit to let more air in, which cleared up the fogging for a couple minutes before it happened again.

Ultimately, I had to lift the Oculus Rift and slip my glasses down out of the way, then put the headset back on and use it sans glasses. It fit much better in that case, but obviously wasn’t as enjoyable with somewhat blurry vision.

If you’re in need of glasses, love VR, and don’t mind contacts, they’re going to be your best bet depending on which headset you go with. Designs will no doubt be tweaked and altered in future editions, and makers will likely be more careful to accommodate users with glasses. Until then, your comfort experience with such headsets will be hit or miss and largely dependent on the size and shape of your glasses frame.