ViacomCBS has announced that it is selling reusable cloth face masks with various designs inspired by its popular shows, including Star Trek. The masks will be made available through retailers around the world in addition to the websites dedicated to specific shows. Fans will be able to purchase the masks starting later this summer.

Contrary to initial guidance in some countries, most regions around the world are either strongly suggesting or outright requiring its residents to wear face masks while in public. In most cases, and largely due to shortages in some areas, many people are wearing reusable, washable face masks made out of cotton fabric. 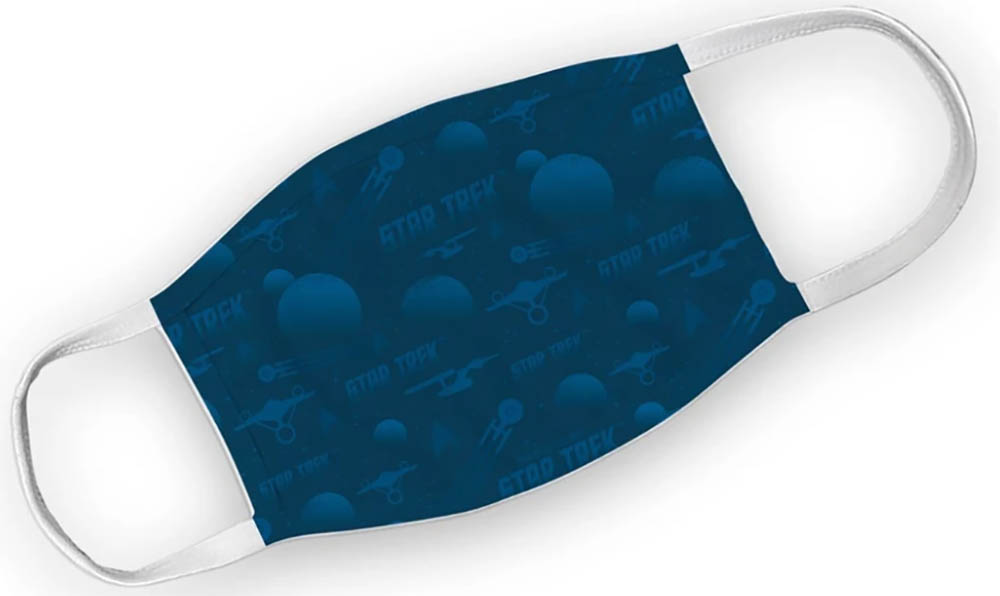 We’ve seen a bunch of creativity among the public, many of whom have made their own face masks. Now that we’re months into the pandemic, we’ve seen a huge spike in the number of stylish face masks being sold by everyone from small Etsy sellers to big companies — and ViacomCBS is getting in on the market.

In a press release on Tuesday, the company said that it will be selling face masks featuring imagery from Star Trek, SpongeBob Squarepants, PAW Patrol, You!, and Blue’s Clues, among other things. ViacomCBS says that all of the proceeds from the Nickelodeon face mask sales will go to supporting Save the Children, a humanitarian aid organization.

The proceeds from face masks that feature imagery from MTV and CBS shows will go to other unspecified charities that ViacomCBS says ‘align with each brand.’ Though the face masks won’t be available from retailers for a few more weeks at minimum, they can be purchased from each network’s and show’s respective online shows for $18.95 each.