We’ve heard great stories of people on Minecraft creating incredible masterpieces, from dreamy yet blocky castles to the USS Enterprise. Some, however, really take things to the extreme, like a certain player going by the pseudonym “smellytring” who posted snapshots on Imgur explaining how he or she built a 1 KB, yes kilobyte, hard drive using only the materials and tools that Minecraft bestows.

The theory is somewhat easy to grasp. All computer data can be broken down into the ultimate forms of 0’s and 1’s, binary data. Exploiting the peculiar properties of Redstone signals, smellytring was able to emulate that binary behavior. Redstone signals can power solid blocks but don’t have the same effect on transparent or non-solid ones. So in this gigantic implementation of a hard drive, the solid blocks represent 1’s and glass blocks stood for 0’s. But as with any theory, it is the implementation that bites one in the behind. 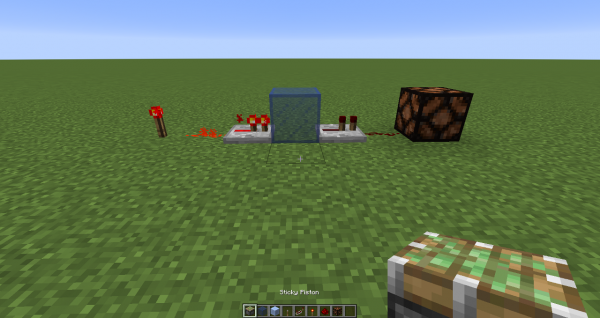 To create a 1 kilobyte storage, you would need around 8,000 (or 8,192 to be exact) of such bit switches (1 kilobyte = 1,024 bytes, 1 byte = 8 bits). As anyone who has seriously tried out minecraft will tell you, that’s not an insignificant number. Throw in the scaffolding to hold everything together, plus the “control room” where you will do your read and write operations, and you have yourself a herculean undertaking. You will definitely need lots of time for this one, not to mention patience and imagination. 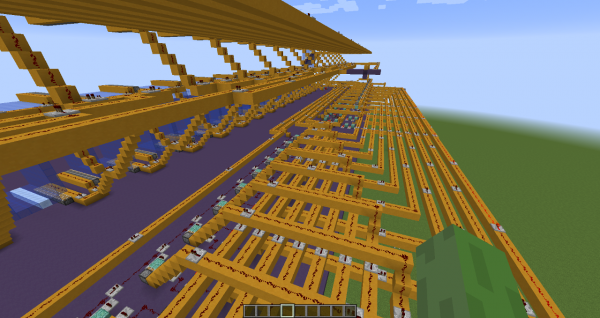 The control room is also quite interesting, as each wall of the four-sided room is dedicated to a part of a read or write operation. In particular, one side has 8 blocks that show the data (or number) written in a single byte, hence the 8 blocks. On another side, 8 blocks hold the data that will be written to a particular address, again good for 1 byte. One other wall holds 10 blocks, which represents the address of the byte you want to write to. Since the hard drive holds a capacity of 1 KB or 2^10, you need 10 blocks to specify the address of a single byte. Amusingly, this drive’s read/write speed is 1 byte per 8 redstone ticks (there are 8 switches per byte). In Minecraft parlance, a redstone tick is the amount of time that the system updates a redstone’s state, which is 0.1 seconds. Considering you have to set 8 blocks at a time for read/write operations plus 10 blocks to specify the address, that “fast” speed is negligible. 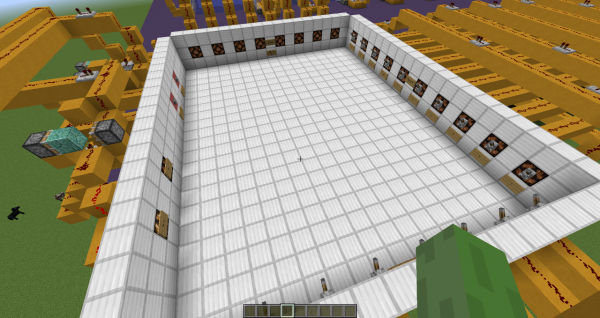