Venom arrives in Fortnite with his pal Tom Hardy

When Epic Games kicked off Fortnite season 8 earlier this month, we saw that Carnage was included in the new season’s Battle Pass. As that was clearly a tie-in with the upcoming movie Venom: Let There Be Carnage, many of us assumed that Venom wouldn’t be far behind. Venom is joining Fortnite today through a special bundle, and it seems he’s brought his symbiotic pal Tom Hardy along with him.

Tom Hardy, of course, portrays Eddie Brock in Sony’s Venom films, and he’ll be facing off with Carnage in the upcoming movie. While Carnage is part of Fortnite‘s Battle Pass, it looks like the Eddie Brock Outfit – as it’s officially called – is only available through Fortnite‘s store.

The outfit allows you to change between Eddie Brock and Venom by using the Venom Unleashed Emote in-game. Players can also choose to start matches as Venom by selecting the Venom style in their lockers before matches begins. Epic notes that while there is already a Venom outfit in the game, this one is different because it’s specifically based on the character from Sony’s movies. 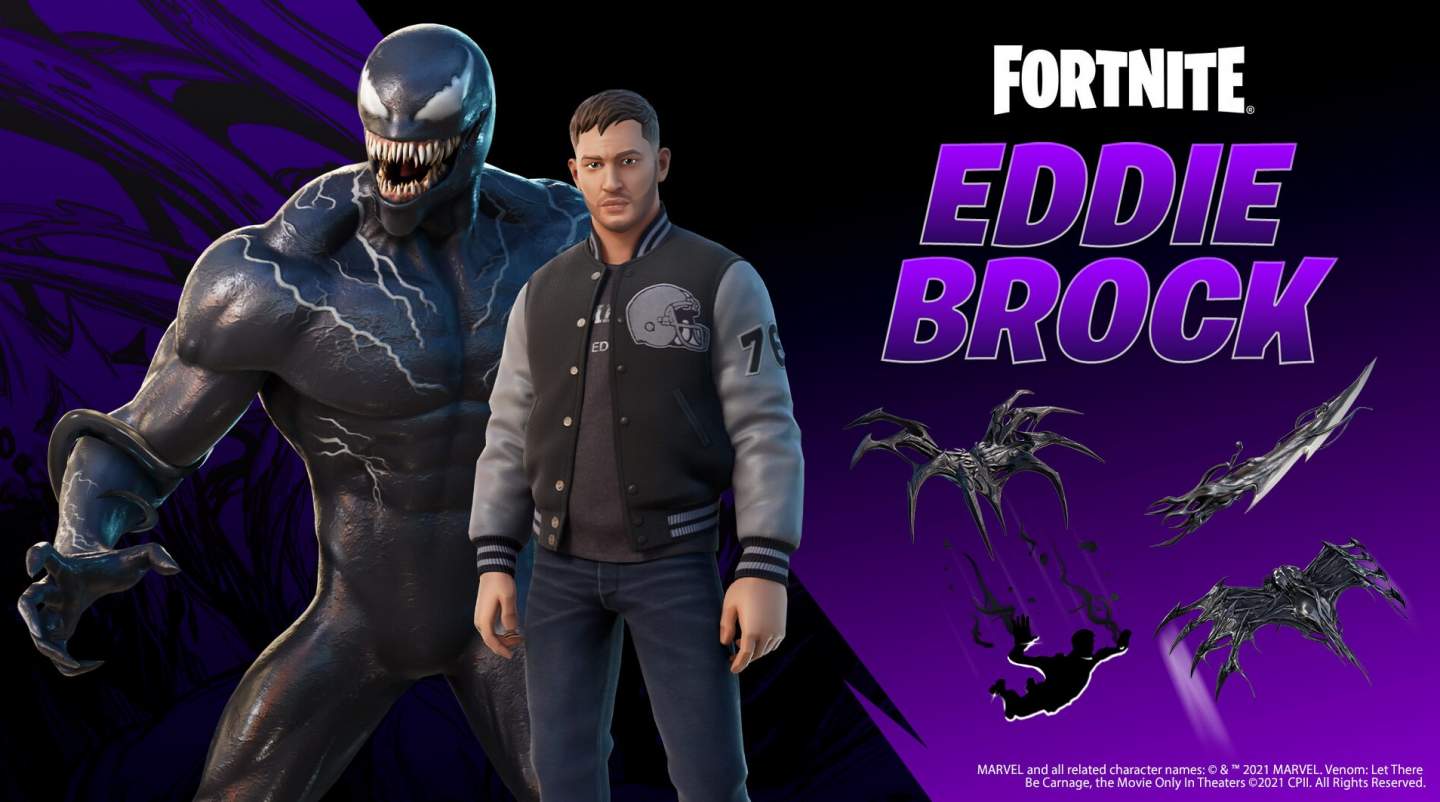 You can see all of the items that are launching alongside the Eddie Brock Outfit in the image embedded above. Venom: Let There Be Carnage is premiering here in the United States on October 1st, 2021.