Ever had a package delivered to you by mistake? Maybe — but were they parts for a drone? One Redditor had parts for an NOAA drone used to monitor oceanic activity delivered to him via UPS, which was not exactly what he was expecting.

Via Reddit, we find that the delivery mishap may have been a simple error of UPS grabbing one too many boxes. The user, a college student who goes by Seventy_Seven, was expecting a big package already, but got a bit more than he bargained for:

Nothing on the outside of the crate said it was government property. I had ordered a weightlifting bench (which I received) and this came with it. Both boxes has UPS labels with my name and address. Though an odd box, I genuinely thought it was parts for the bench I ordered, since I wasn’t expecting a freaking drone. 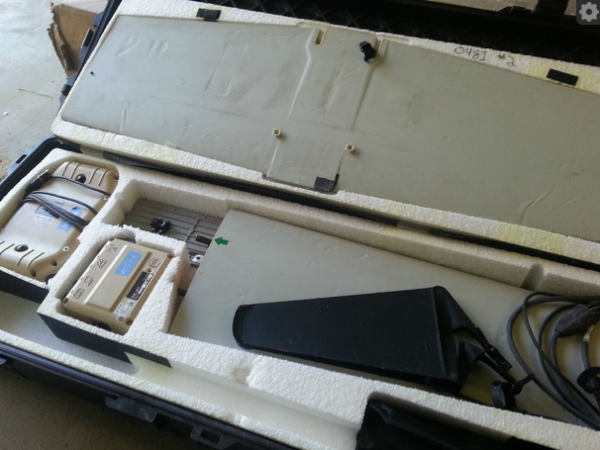 NOAA, the National Oceanic and Atmospheric Administration, sent the package from their office on MacDill Air Force Base in Tampa, Florida. They acknowledge the package is “missing”, and is working with UPS to recover the goods. NOAA spokesperson David Miller says “I can tell you that it didn’t come from us addressed to him”.

The box, one of eight, is the only one missing. The drone is set to monitor the Stellwagen Bank Marine Sanctuary in Massachusetts, though it’s impossible to get their program up and running without the missing parts. “We’re just wanting to get that missing package to the sanctuary so we can start flying our mission” Miller said.