The indie game dev scene might just get a little bit hotter. On the heels of Epic making its Unreal Engine 4 free for personal use, popular game engine Unity is following suit. Along side the release of version 5 of the software, Unity is also launching a new business model that embraces even more types of developers and studios. The new Personal Edition gives the same engine and the same tools all for free and without limitations, though of course it comes with a few caveats.

To be precise, the Personal version is meant for studios and indie developers who aren’t earning or getting funded more than $100,000 in the previous fiscal year. So, you can still earn from your Unity-produced games without paying a cent for the engine and the tools, but not too much. And while the Personal edition does let you deploy to all supported platforms, including Android and iOS, you will have to live with a Unity splash screen, which isn’t all that bad considering what you get in return. 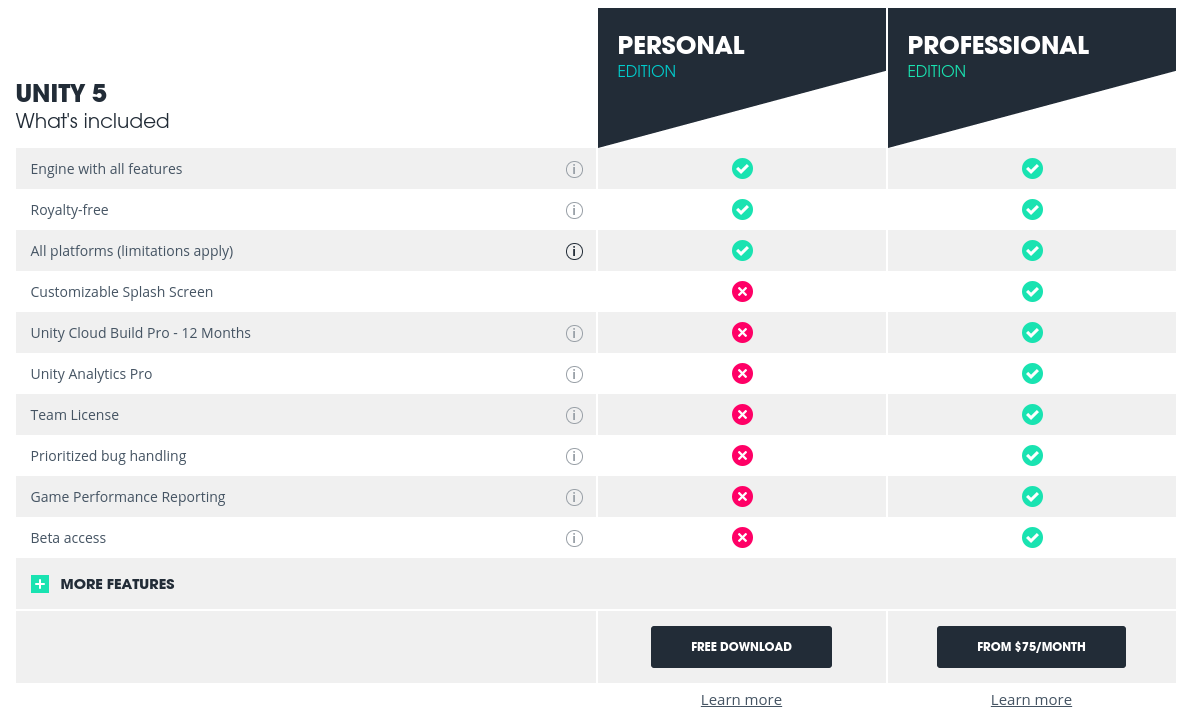 And what exactly are you getting? In the new Unity 5, a lot. Unity is describing the new engine as a “graphics powerhouse” because of its new capabilities, including stuff like physically-based shaders, real-time global illumination, and HDR reflection. And that’s just for the engine itself. The game editor is also getting a massive upgrade that includes a new Audio Mixer. It also now uses the latest PhysX 3.3 engine for even more realistic and efficient simulation. Plus, the editor is now fully 64-bit compatible, meaning you can make full use of that 8 GB of RAM on your computer.

Unity 5 also now supports and impressive total 21 platforms on all shapes and sizes of devices, including Windows, Macs, and Linux (Steam) on desktops, iOS, Android, and even Windows Phone and BlackBerry on mobile. Consoles aren’t left out as the major generations starting with the PS3 and Xbox 360 are supported. There’s even one for the web via the WebGL preview. And for the really bleeding edge, there is support for the Samsung Gear VR, with Oculus Rift incoming as well.

If you have a lot of time and are you quite fascinated by this development, hit the video below for Unity’s 2-hour long special event.