Yesterday saw Sony and game developer Naughty Dog drop an impressive new story trailer for the upcoming Uncharted 4: A Thief’s End. However, some eagle-eyed viewers noticed a piece of in-game artwork in the video that didn’t belong. As in, it was artwork from a completely different game, by a different company, to be specific. A scene in the trailer showed a framed painting on the wall, which turned out to be a piece of concept art from Ubisoft’s Assassin’s Creed: Black Flag.

The scene takes place at the 1:36 mark of the original trailer, where the camera moves towards a painting of a desolate beach with mountains in the background. The shot then dissolves into an in-game environment of a mountainous shoreline, albeit one that is clearly different from the painting on the wall.

Below is the shot of the painting from the original version of the Uncharted 4 trailer: 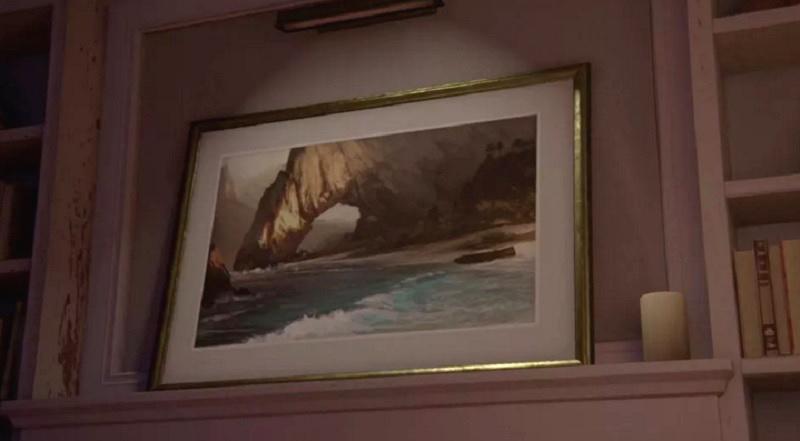 The use of lifted artwork was actually spotted by Azaïzia Aymar, Ubisoft’s head of content for the Assassin’s Creed franchise. He brought attention to the issue on Twitter shortly after the trailer premiered. Now here’s the original version of the concept art that was created for Assassin’s Creed IV: Black Flag. Notice the only difference is that the version appearing in Uncharted 4 removed the figure standing on the beach. 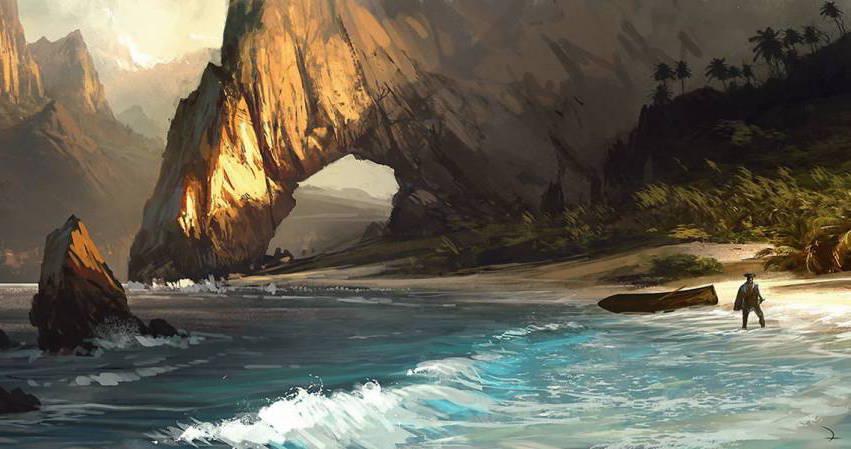 Fortunately, both Sony and Naughty Dog were quick to act, not only in releasing updated version of the trailer (embedded below) with a different piece of artwork in the scene, but also issuing a formal apology on the developer’s website. It’s not clear how the artwork made it into the trailer in the first place, but the Uncharted 4 developers openly admitted their fault.

“In our eagerness to get the story trailer out we made a regrettable mistake and didn’t thoroughly vet the art work used for an in-game painting. We’ve already updated the trailer. We hold all artistry in high regard and take full responsibility for having allowed this to happen.

We want to sincerely apologize to everyone at Ubisoft, the Assassin’s Creed team, the original artist, and our fans.”

Here’s what the shot now looks like in the updated trailer, and presumably the final version of the game: 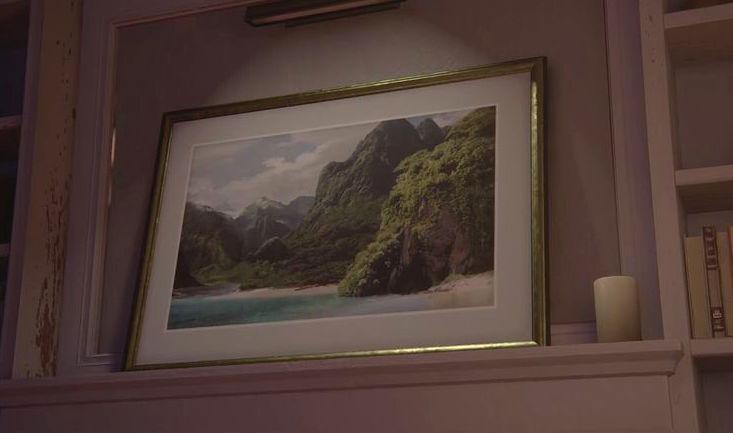