In an effort to help users gain more followers, Twitter has launched a feature called #FollowMe that allows users to create a short highlight reel that shows off their best tweets, photos, and Vine videos. It’s sort of like a resume to show other Twitter users that you’re worth following because of how hilarious you are, but don’t blame #FollowMe if no one likes your highlight reel.

Twitter teamed up with Vizify to bring #FollowMe into the limelight, and it offers a neat HTML5-based video showing off your best moments, as well different statistics, like what time of day you tweet the most. It’s a cool feature that other users can enjoy, but it’s also something that users themselves can look at to see their Twitter habits.

Twitter will compose and put together the video automatically, meaning that you don’t have to do anything but click the big green button. However, if you want a little say as to what goes into your #FollowMe video, you have the ability to edit the clip in different ways to make it what you want, including changing the music and choosing your own tweets and photos to include. 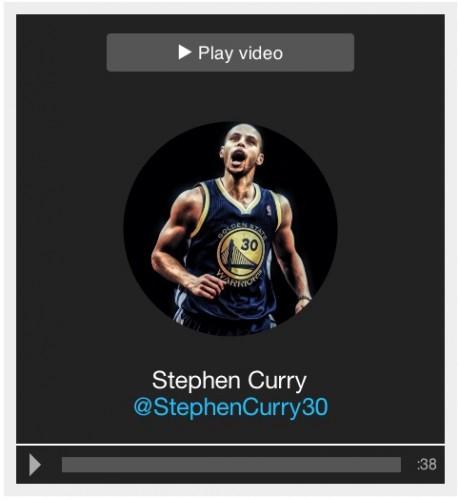 You can already check out a few examples that Twitter has provided, including #FollowMe clips from NBA stars Kobe Bryant and Steven Curry, as well as star of the TV show Glee, Amber Riley. Since the feature works through Vizify, you’ll have to log in on their website in order to get started making your own #FollowMe video. After it’s made, you can tweet out the video to your followers or add it to your Twitter bio for a neat little introduction.