Earlier this month, Twitter’s new interface rolled out largely to the social network’s users following the announcement back in January. It appears this isn’t the end of the company’s upcoming design changes, however, with some users recently finding their profile pages completely overhauled.

The new Twitter profile has been spotted by multiple users, including Mashable‘s Matt Petronzio, featured below. It shows a large switch up from how Twitter has thus far been presented to users, with a far more robust layout, larger header image, and a stream that isn’t the stock linear lineup currently in use. 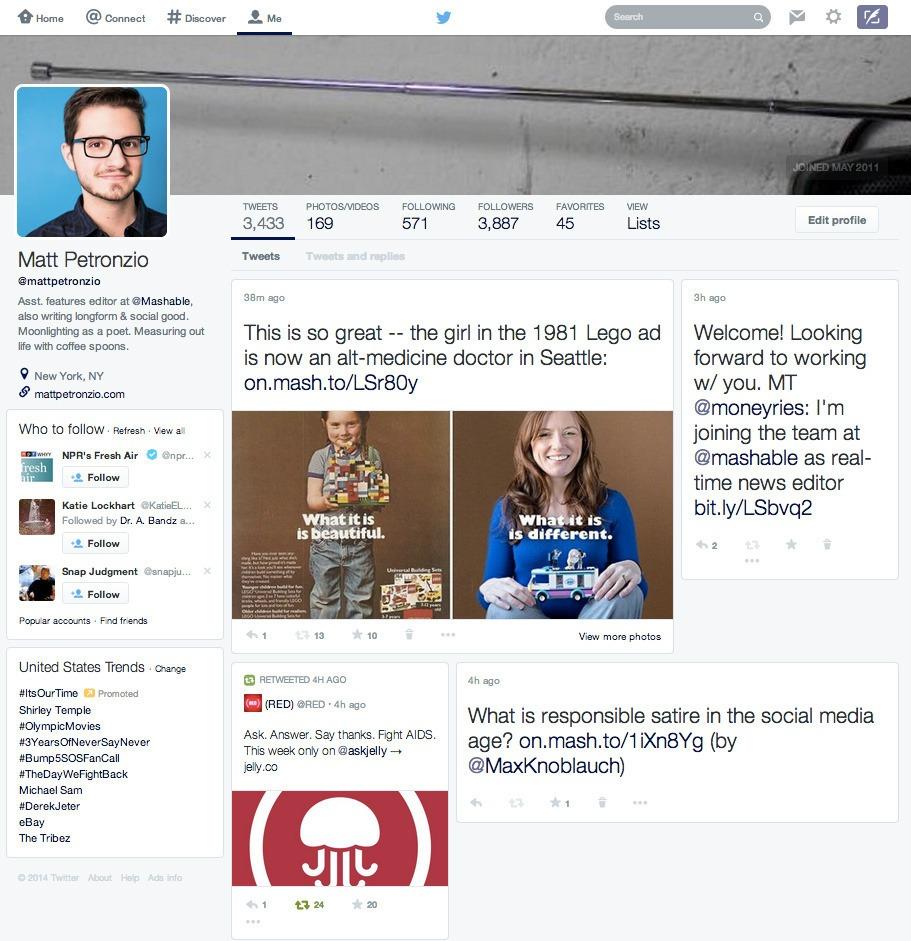 According to those with access to the new look, pulling up other profiles also shows the new design. The header photo is boosted to 1500 x 1500 resolution, and stats for a wider range of details is provided: photos/videos, favorites, as well as the tweets, following, and followers listings.

The current design — that is, the redesign that just recently rolled out — remains in the upcoming overhaul, as well as a foundation that still feels distinctly Twitter-esque despite the otherwise huge changes. When a wider range of users will be seeing this more robust offering is unknown, and Twitter hasn’t commented on the new look and where it is in the testing process.