Twitter Super Follows subscriptions launch, but only for some users

Twitter has announced a limited launch of its Super Follows feature, a new subscription-based opportunity that allows its users to share content only with paying followers. The new feature is limited to a small number of accounts at this time, but Twitter will make it available to additional users in the future.

Twitter has been talking about its monetization plans for a while now, though the introduction and rollout of such capabilities will take place slowly. The feature is officially called Super Follow, and it revolves around a subscription-based system not unlike Patreon and similar platforms. 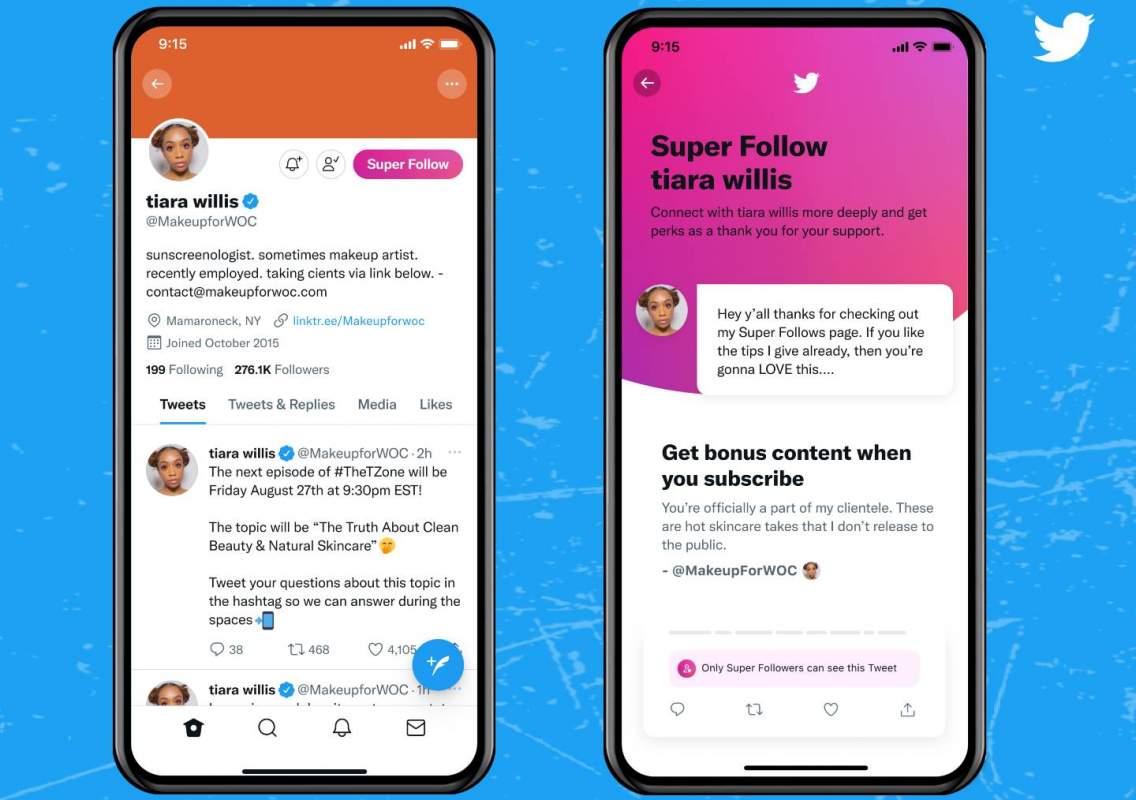 Twitter suggests the Super Follows feature can be used by a variety of creators and users to fund their projects, including writers, activists, comedians, experts, musicians, and more. Three subscription rate options are available: $2.99, $4.99, and $9.99. People who subscribe to a Twitter creator will get a special ‘Super Follower’ badge next to their name.