Previous known as Project Lightning, Twitter has just rolled out a new feature that curates and collects tweets about important events and trending topics. Now called Moments, the feature compiles media and information from tweets in a user’s timeline that they may have missed into a single slideshow-like presentation. Moments seems to be Twitter‘s solution to its problem of giving new users a quick and easy to discover new content, as well as offering experienced users more control over their timeline.

The feature is rolling out today to Twitter’s iOS and Android apps in the US, as well as the desktop website. Moments appears as new tab with a lightning bolt on the menu bar, between Notifications and Messages. Visiting that tab brings up the day’s biggest topic or news, presented with a magazine-like UI. Opening that topic offers a simple timeline with both media and text that can be swiped through. 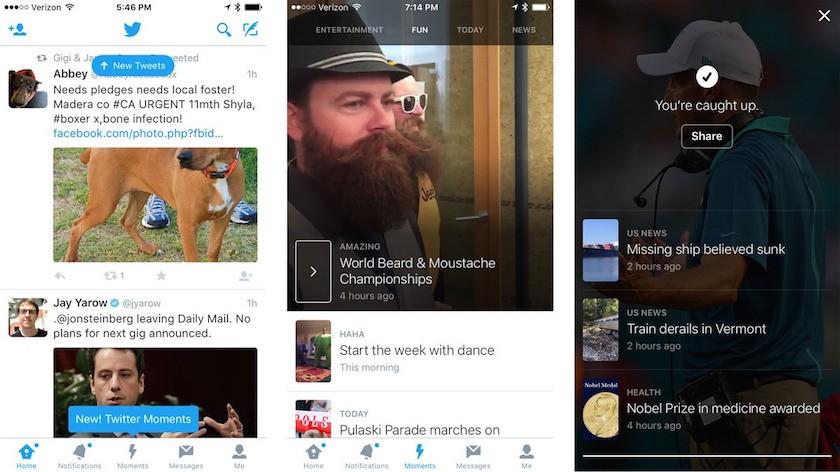 Moments include tweets from both followed and non-followed users, which in turn can be retweeted and favorited individually. But what’s really neat is that an entire Moment can also be shared or embedded, in addition to followed as a topic. That results in tweets (again, from accounts that are both followed and not) related to that topic appearing in a user’s timeline, but only until that event is over, then the accounts are unfollowed. 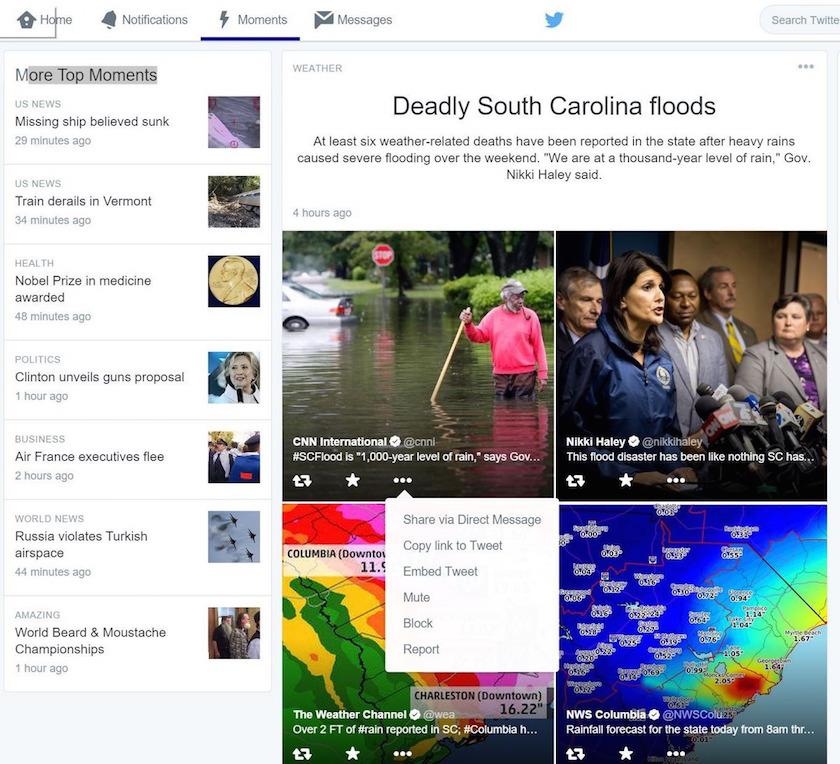 For launch, Moments will be in control of Twitter and a number of media partners that focus on a wide range of topics. Eventually Moments will be available for all users to curate news and content of their own preferences, complete with sharing options.