Twitter has been known to ban accounts for several reasons, such as if they’re connected to known hacking groups or extremist organizations, and sometimes if the use is offensive/abusive. Once an account has been suspended, there’s really not supposed to be anyway to reverse the ban unless the social network itself decides to. That’s why is comes as a surprise that hackers have not only gained control of a handful of said accounts, but actually managed to reactivate them as well.

A group calling itself “Spain Squad” claims to have used exploits in order to take control of previously banned accounts including @1337, @DarkNet, @Hitler, @Hell, and @LizardSquad. The latter belonged to the infamous hacking collective of the same name, while it’s easy to understand why names like @Hitler would be labeled inappropriate even if they weren’t connected to hacking or abuse. 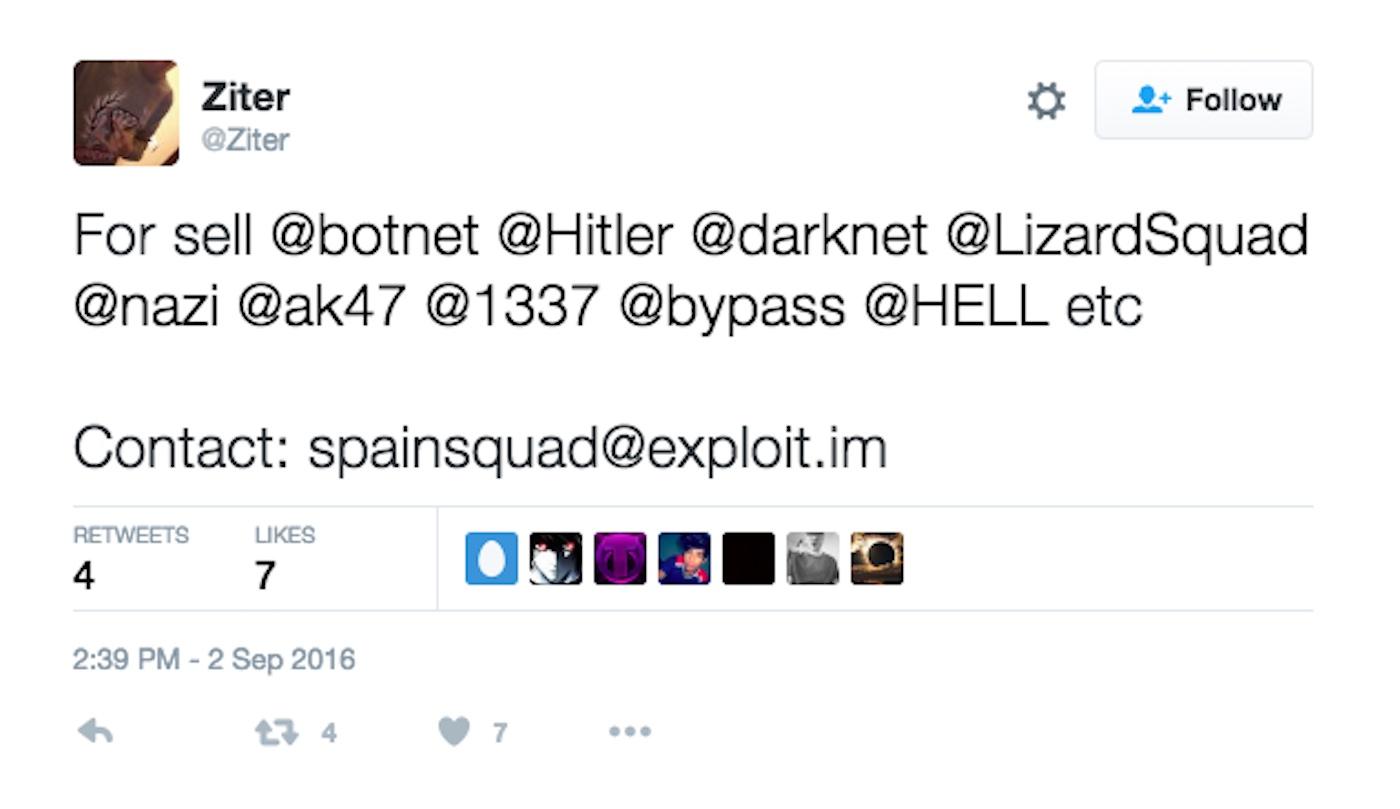 It seems Spain Squad was planning to sell the account names for high prices — because what internet troll wouldn’t want to be @Hitler on Twitter? It seems the hacking group didn’t have much foresight, however, as all the names listed here have already been re-suspended.

Speaking to Business Insider, a member of Spain Squad going by the name “Akma” says they are able to do more than just recover banned accounts, including take control of active accounts, change an account’s user name, and change accounts from active to suspended.

So far, the group’s only proof of its exploit is reactivating a handful of banned accounts, and it didn’t go into detail about how it’s able to pull off such tricks. Other than just re-banning the desired accounts, Twitter has yet to make a statement on the issue.