Turn Touch smart home controller is carved out of wood

Smart homes are usually more associated with science fiction but not everyone likes a hi-tech environment 24/7. Some would prefer a more cozy and natural feel to their homes, even with the pervasive presence of smart technology. Turn Touch delivers a small serving of that mix between technology and nature. Technically, it’s a Bluetooth controller for your connected appliances or even Apple devices, but one that looks and feels like it was made especially for you, because it really is.

There are countless ways to control smart home appliances, ranging from remotes that would put TV remotes to shame to your own smartphone. None of those, however, actually look anything like your furniture. Unless your furniture have a more industrial design to them and have lots of buttons or touch screens. Turn Touch, on the other hand, is carved out of real, authentic wood. It even has a mother of pearl inlay to make it feel even more exquisite.

It isn’t just a pretty face either. Turn Touch features four buttons that can control almost any smart device you have connected in your home. Before you hyperventilate, those four buttons are more functional than they might seem. For one, a double press on one can trigger a different action. For another, a single button can actually be mapped to more than one action. 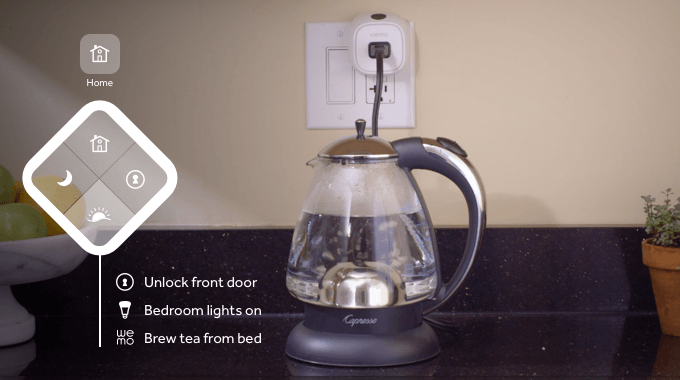 The curious part happens when you press and hold a button. Instead of performing an action, it opens the “app” for that button, giving you access to four more button actions. So that’s 4 times 4 for a total of 16 actions, not counting double press and multiple actions per button.

Turn Touch is still at a crowdfunding stage on Kickstarter but it is pretty much past its goal with plenty of time to spare. It can already control Hue lights, Sonos speakers, iOS and macOS devices but, if stretch goals are met, it will also be able to communicate with IFTTT and Apple HomeKit.