Last month, Facebook revealed that it would soon launch a tool enabling its users to check whether they’d unwittingly “liked” a Russian 2016 election propaganda post. That tool has just gone live, giving every Facebook user the chance to check their own “liking” history. The tool follows a revelation made by Facebook in recent months: that Russia was using its social media platform to manipulate the US’s most recent presidential election.

The new tool is found in Facebook’s Help Center, though you can go directly to it via this link. Once there, the service will show whether your account was used to “like” any of the propaganda content created by Russian entities to stir up controversy, create division, manipulate voters, and ultimately sway the election outcome. 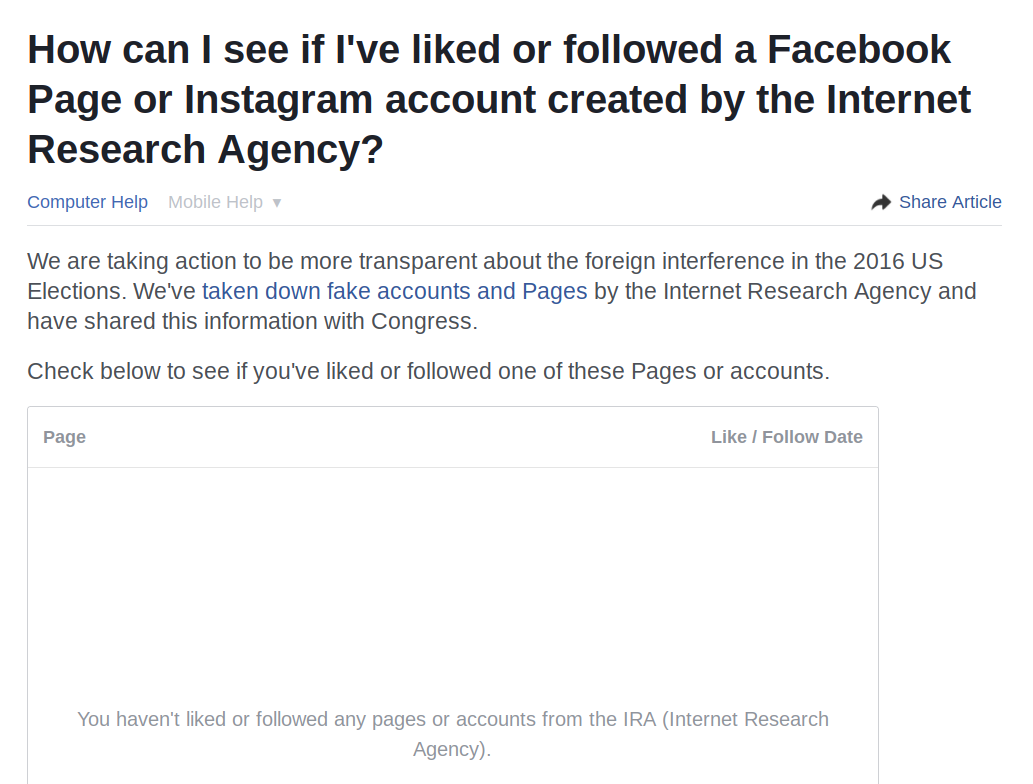 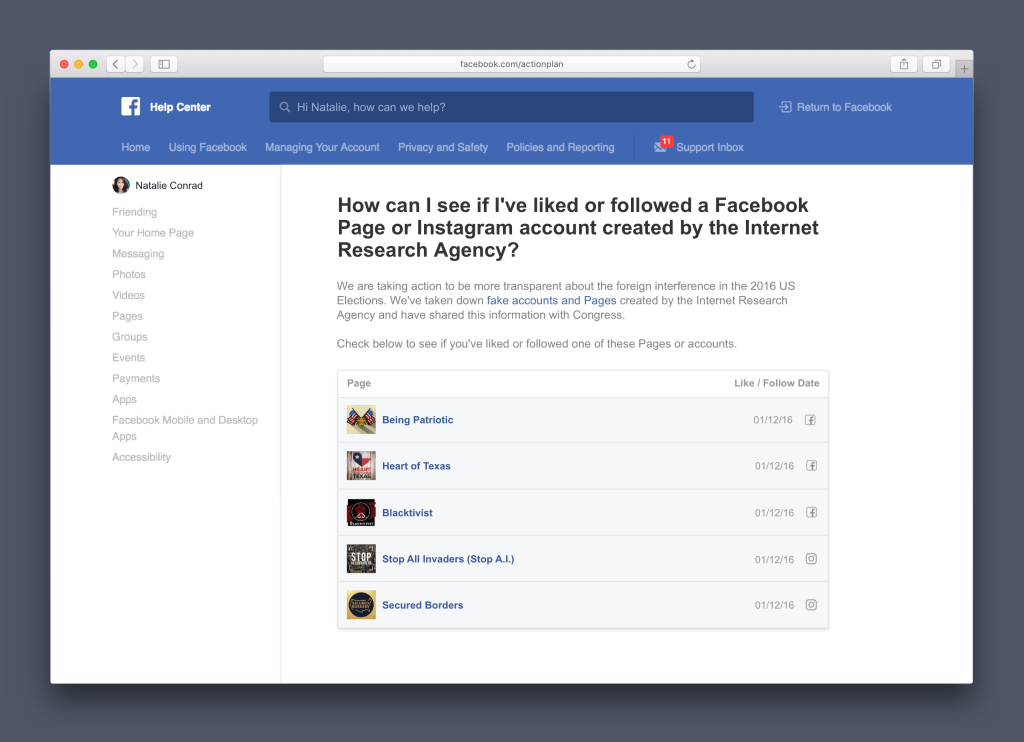 Back in September, Facebook revealed that it had found more than 3000 advertisements focused on political and social US issues; they were live on the social network at dates falling between 2015 to 2017. These ads were from Facebook accounts that were associated with a Russian entity called “Internet Research Agency.” The social network, following outcry from users and non-users alike, decided a couple weeks later that it would (and ultimately did) share the ads with congressional investigators.

Some of those ads have since been made public.