Toyota has announced that the new Supra sports car will be among the cars that race the NASCAR Xfinity Series. Toyota will start fielding the car in the 2019 season that kicks off February 16, 2019. Toyota previously raced the Camry in the series winning the 2017 Monster Energy NASCAR Cup Series championship with that car.

Toyota worked with subsidiaries TRD and Calty Design Research Inc. to develop the car for NASCAR competition. The two firms applied what they had learned racing that Camry to create the Supra NASCAR racer.

The Supra had to be scaled to fit within the NASCAR specs for race entries in the series. Toyota points out that the Camry it raced previously was a winning machine having racked up two driver championships and 143 wins. Toyota also notes that the 2019 racing season will be the first time different models will be used in all three NASCAR national series.

Those three rides are the Camry in the Monster Energy NASCAR Cup Series, Supra in NXS, and the Tundra truck in the NASCAR Camping World Truck Series. The Supra has a long racing history having competed in several series in the ’80s and ’90s before Toyota discontinued the car.

A production version of the Supra will be rolling the streets in the future. Toyota has promised more information about the car later. Lots of car folk are hoping for an impressive yet affordable street Supra. 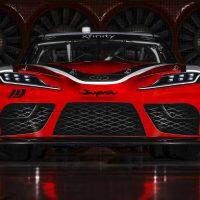 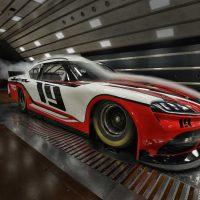 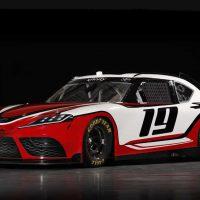