Toyota Corolla Cross is a small crossover with big functionality

Toyota has officially launched the 2022 Corolla Cross. The crossover SUV is a new member of the Corolla family, which is a massive seller for Toyota. Like other Corolla vehicles, the Corolla Cross is value-priced and has features that aren’t common in the crossover segment.

Toyota promises the Corolla Cross sits at a sweet spot between the driving engagement of a small car with the functionality of a large crossover. Based on the Corolla sedan, the Corolla Cross will land at dealerships in October, starting at $22,195 for a front-wheel-drive base model. All trim levels are available in all-wheel-drive for an additional $1300.

At such a low entry price for an all-wheel-drive vehicle, the Corolla Cross is likely to be very popular in cold-weather states. Toyota manufactures the Cross in the US at its new plant in Huntsville, Alabama. That manufacturing facility can build 150,000 Corolla Cross vehicles per year, which shows Toyota expects strong sales for its new crossover.

No matter which of the three grades are purchased, they all use the same 169 horsepower 2.0-liter Dynamic Force Engine. The engine is paired with a CVT transmission with a physical first gear for a more engaging driving experience without sacrificing efficiency. In addition, the vehicle can tow up to 1500 pounds. All-wheel-drive models use a Dynamic Torque Control system able to send up to 50 percent of the vehicle power to the rear wheels.

Corolla Cross is offered in three grades, including L, LE, and XLE. The first two grades feature cloth interior with L only available with light gray and LE adding the option of a black interior. XLE buyers get SofTex-trim seats in Macadamia/Mocha or black. A 10-way power driver seat and heated front seats are standard on XLE grades. The base grade has a seven-inch multimedia touchscreen with an eight-inch screen on the other trims. All support Apple CarPlay and Android Auto. 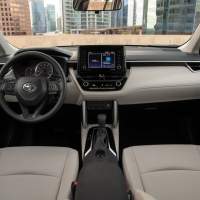 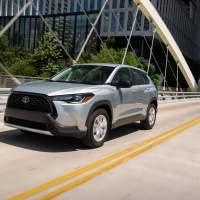 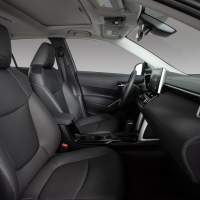 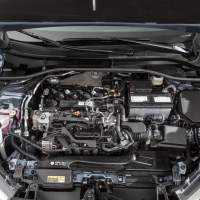 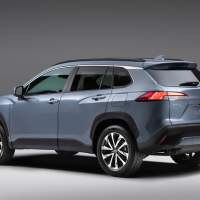 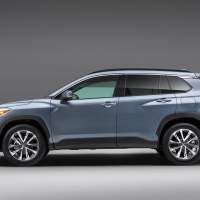 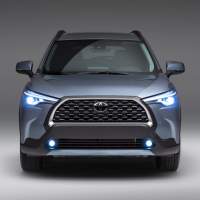 Several available options packages will drive pricing up. The top-of-the-line Corolla Cross XLE in all-wheel drive starts at $27,625. All MSRPs are in addition to a $1215 destination charge.