Automotive fans know that Toyota and Subaru have been working together for a long time. The first joint development effort from the two automakers was with the Subaru BRZ and Toyota 86 sports cars. While those cars were well received for their styling and handling and for being the only affordable, compact rear-wheel-drive sport coupes on the market, they’ve also been ridiculed for being underpowered. Toyota and Subaru are now teasing another joint effort that will be announced on April 5.

Ahead of the official unveiling on April 5, the only thing we know about the jointly developed vehicle the automakers will unveil is the teaser image seen below. It shows what appears to be a section of the front bumper of a car in red wearing the Toyota logo and the same hood section in blue wearing a Subaru logo. There are a couple of possibilities to be unveiled at the event.

It’s known that the Toyota Gazoo Racing team will be involved in the April 5 event, and the leading rumor is the unveiling of the next-generation Toyota 86/Subaru BRZ sports car. Interestingly, there are photographs of a 2022 Subaru BRZ out there, and the teaser image doesn’t seem to match up with the front end of that car leading to speculation that the model will be something else entirely.

While sports car fans might be excited at the prospect of another performance car, speculation suggests that Toyota and Subaru could be unveiling a new electric crossover. Toyota has been teasing an electric SUV expected to debut at the 2021 Shanghai Motor Show, and it’s known that Subaru will get a version of that EV. 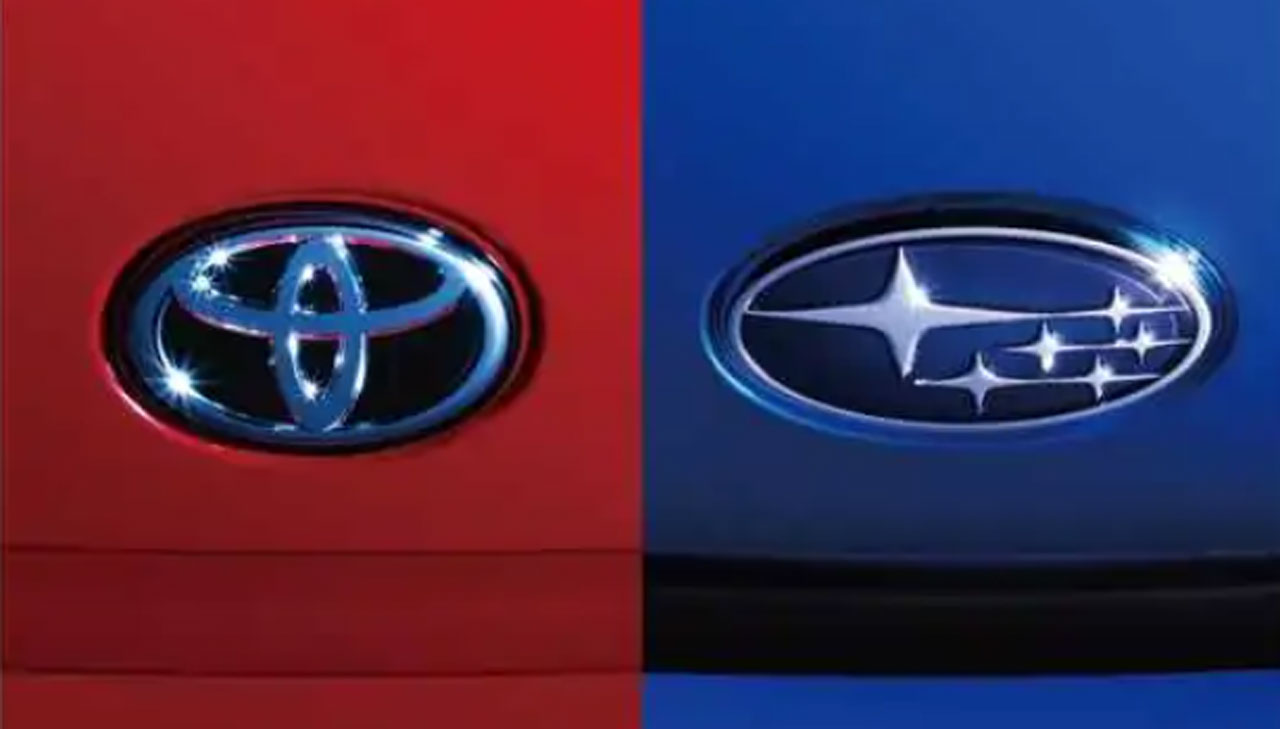 That particular rumor seems to be less likely considering that Toyota Gazoo Racing will be present as part of the April 5 event. However, it certainly wouldn’t be outside the realm of possibility for the two automakers to be launching a performance-focused electric SUV.