Thanks to Siri and, more recently, Amazon Alexa, most people are familiar with AI-powered personal assistants, yet few utilize them. That’s unfortunate, as AI personal assistants can perform many actions that save you time, including getting quotes for rides, sending messages, checking the weather and your email, making lists, and scheduling tasks. If you’d like to experience this yourself but you don’t have an iPhone and aren’t in the market for an Echo, try out one (or all) of these AI assistant apps for Android.

If you’re familiar with Siri or have ever used a chat bot to perform a task, you’ll have a good idea of how Ozlo and most of the apps below work. With Ozlo, you can ask questions and, depending on the question, view results directly on your phone, where they can then be further refined to include specific things.

Upon first launching the app, you’ll be asked to give Ozlo your zip code, a necessary step so that it knows which weather forecast to report and similar things. From there, you can type a message to Ozlo the same way you’d peck out a text message to a friend. The assistant always suggests a couple dozen things from which you can choose, such as figuring out where to eat for dinner. 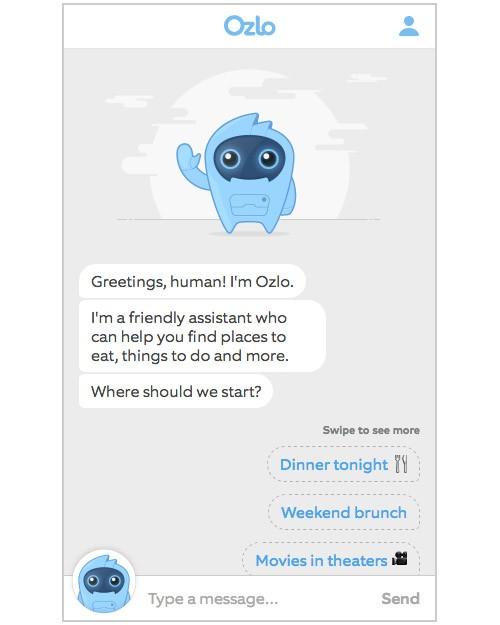 There are some limitations, though — you can’t use it to send someone a message, for example, and its ability to manage your schedule is pretty much non-existent. The app also requires you to type your questions and requests rather than speak them. The app is free to download.

You’re likely familiar with Cortana by now, particularly if you’re running Windows 10. The app that was once reserved for Windows Phone is now available to download onto Android devices, bringing the same assistance found on desktop to your phone or tablet. Cortana has more abilities than Ozlo, and indeed ranks up near the top of the AI-powered assistants list.

Cortana doesn’t just provide you with information, but can also help manage your days and help perform actions you’d otherwise need a couple hands to do. One example is scheduling meetings — with Cortana, you can schedule your planned meetings and she’ll then know how to handle them.

Cortana can also be used to send someone in your contacts a message. You can, for example, say something like, “Cortana, text John Doe,” followed by your message. If you’re frequently on the receiving end of packages, you can also ask her when your packages are arriving, and she’ll scour your email to find the info for you.

Perhaps the biggest limitation is that you’ll need to have a Microsoft account to sign into the app, and the email functionality will be limited if you don’t use Outlook.

If you’re not a fan of Microsoft and you find Ozlo too limited, you may enjoy SoundHound’s Hound personal assistant app instead. Hound can be used hands-free by saying “OK Hound,” followed by your question. The company says you can speak naturally with its app, and that includes using natural phrases rather than clunky collections of keywords. 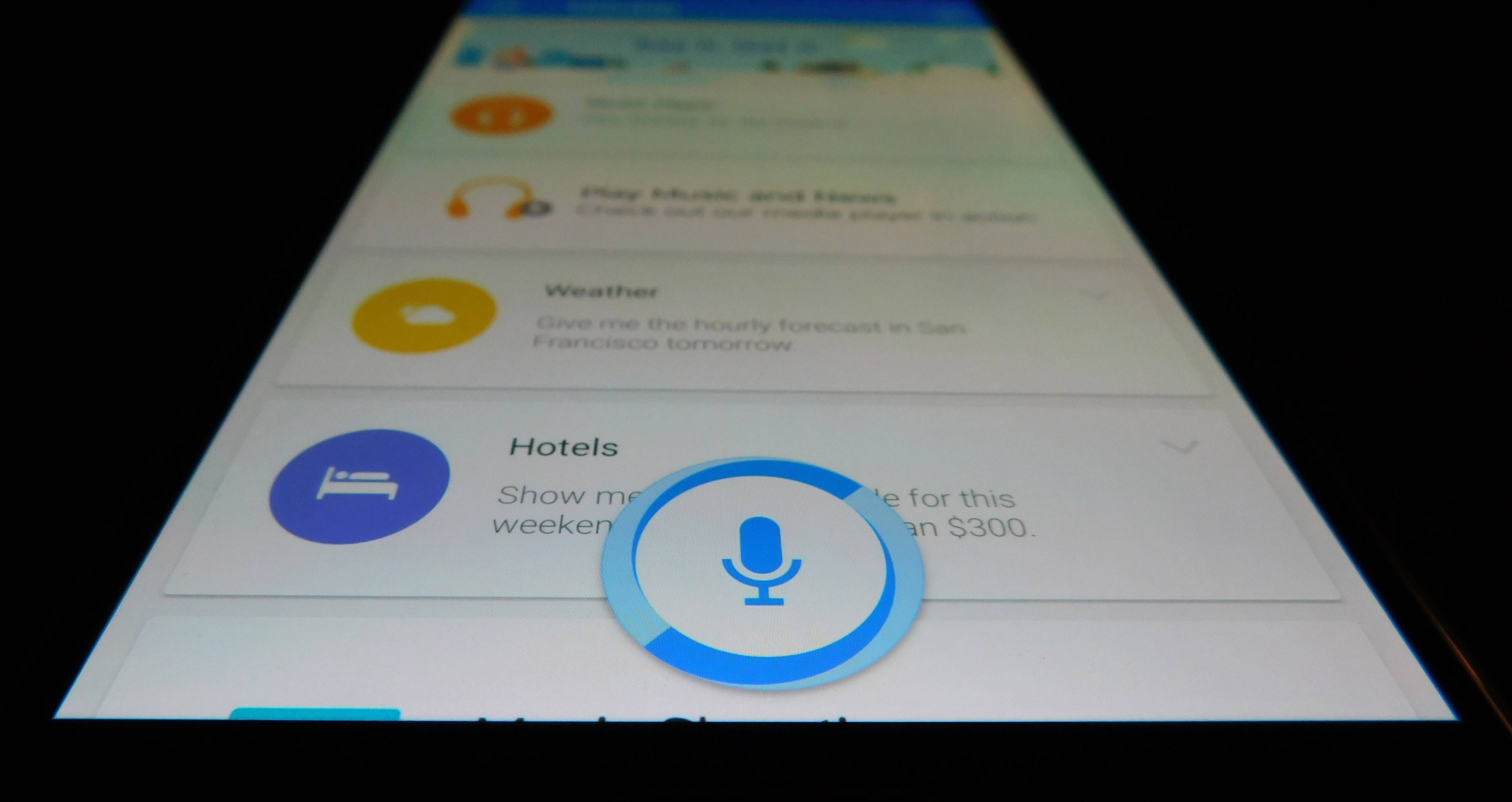 Users can use Hound to send text messages and make phone calls, and to perform searches in the form of questions. You can ask where the nearest cafe is, for example, and get a suitable response. The assistant supports GPS and navigation related requests, can order an Uber ride, find and book hotels, set alarms, calculate figures, present movie showtimes, and more.

Nuance’s Dragon software is perhaps most popular for its voice to text abilities, and few know about the company’s foray into the world of mobile personal assistants. Dragon Mobile Assistant is, relative to its competition, a fairly sophisticated app. You can perform many of the things listed for Hound and Cortana, as well as submit posts to Facebook and send tweets using the app.

The personal assistant can likewise help manage your schedule via things like setting reminders for events and adding appointments to your calendar. You can then later ask about any appointments you have going on that day to get a reminder. The company says its app learns your “voiceprint” so that it will only accept spoken commands from you and no one else.

The app also supports what Nuance calls an ‘Attentive Mode,’ which wakes the assistant up and has it listening even if your device’s screen is turned off. This is particularly useful while driving or sitting at your desk. Like the apps listed above, Dragon Mobile Assistant is free to download.

The personal assistant app Jarvis has proven popular, and that popularity is likely due in part to the household name associated with it. Who doesn’t like asking Jarvis to do something for them? Plus the app uses the kind of voice you’d expect to be associated with a virtual assistant named Jarvis, adding to the fun.

As far as practical usage goes, Jarvis can hold its own amongst the best of the AI-powered personal assistant apps. Jarvis has access to your phone’s functions, speeding up certain rote tasks on your behalf. You can, for example, ask Jarvis to turn on your device’s flashlight or to open Chrome. Just as well, you can ask Jarvis to play a particular song and to do so over Bluetooth. 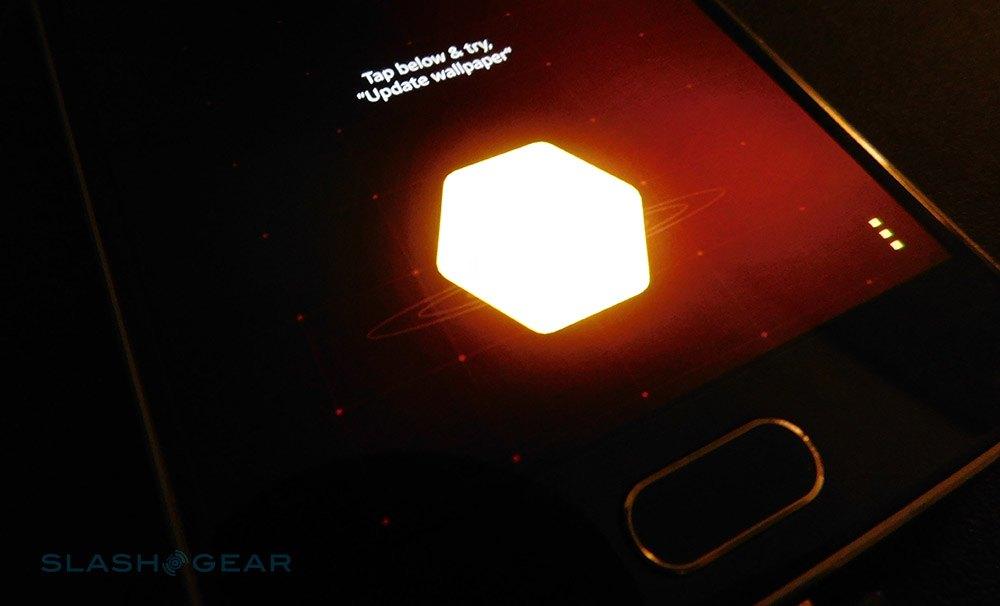 The app also has support for setting alarms, sending messages and making calls, and relaying information like your device’s battery status and the local weather. Unlike some other personal assistant apps, Jarvis can perform unique actions: you can, for example, link a reminder to a specific contact so that you see the reminder only when you call them or get a call from them.

You can control Jarvis via a Bluetooth headset if you use one, set both nighttime and office hours to avoid interruption, and you can use him from your Android Wear smartwatch. The personal assistant is also quite witty, and has more than a couple wisecracks and fun responses to your less serious questions.

While Jarvis is free on Android, it does include a small on-screen banner ad. You have to pay a bit over a dollar to get the ‘Mark II’ upgrade.

This is a small slice of the personal assistants currently available for Android, but they’re a collection of the highest-rated ones, and many of them offer the same features. Certain apps are more useful for some users than others, however. Ozlo, for example, can only be used by typing, and so it isn’t terribly useful for young children. Jarvis can be used with a Bluetooth headset, and Cortana can search your Outlook email account, assuming you have one.