Different people have different concepts about robots, ranging from humanoid androids that may or may not be out to get us to unsettling quadrupeds that may or may not be accompanying the police of the future. Few, however, will probably think of robots the size of a fly that has better survivability than the real, organic one. That is exactly the kind of robot that engineering researchers have developed, paving the way for a swarm of intelligent insects that will hopefully not overrun the planet.

Calling the DEAnsect robot an insect might be a bit of a stretch but their small alien forms definitely strike the imagination as such. The size of a very large fly (almost like a cockroach), the robot’s flexible body allows it to be folded and crushed but that won’t be enough to stop it from moving again. 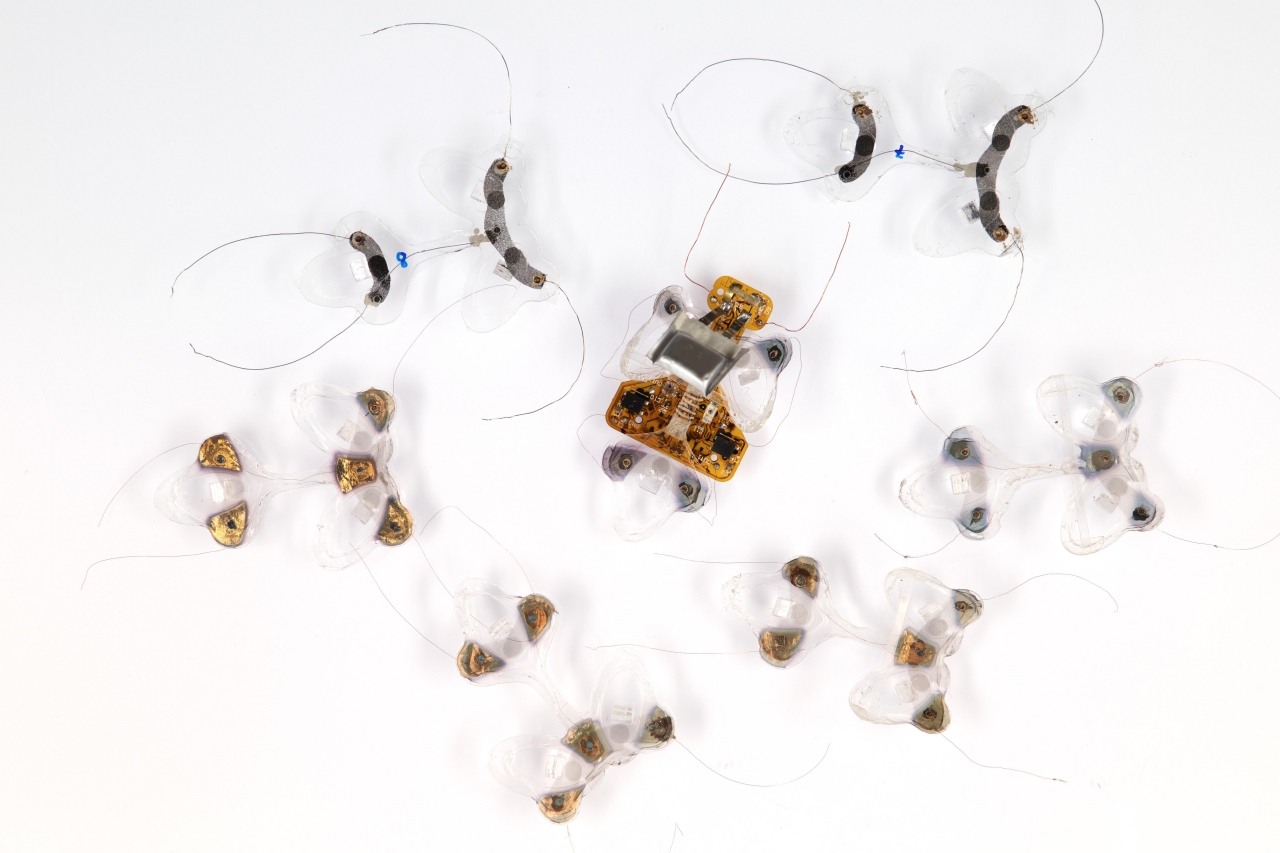 Its movement itself is almost science fiction considering it has no motors or engines at that size. Instead, it has hair-thin legs made up of an elastomer membrane, almost like an artificial muscle. The membrane is compressed and returns to its normal shape whenever voltage is applied and removed, respectively. At a rate of 400 times per second, this high-speed on/off switching causes the DEAnsect to move. And move it does at a rather astounding 3 cm per second.

The wonders don’t stop there either. Despite its size, the robot is equipped with a microcontroller that serves as its brain and photodiodes that function as eyes, albeit able to recognize black and white patterns only. One version of the robot insect even carries its own battery, making it possible to function and move remotely.

You might begin to wonder about the purpose of such a contraption. Admittedly, it seems to be at a very early stage of development. The researchers from EPFL’s School of Engineering plan to put emitters and sensors that would let the insects better navigate their surroundings and even communicate with each other. Such small robots could be used for remote repairs or studies in environments where bigger robots would not be able to fit, like actual insect habitats.