This drone is both stiff and squishy to survive crashes

Drones are designed to fly, but crashes are a fact of life, whether because of external forces or pilot error. Some commercial drones employ techniques like propeller guards to at least protect the drone, or humans nearby, but they’re not exactly effective all the time. More industrially-inclined drones even have “cages” that protect them but also make them bigger and heavier. Researchers from École Polytechnique Fédérale de Lausanne, or EPFL, in Switzerland may have come up with an actually effective solution. Unsurprisingly, their inspiration came from Mother Nature herself.

You might think that making the drone flexible would help dampen the impact of a crash. That may be true but that would also make it unstable in flight. EPFL researchers looked to flying animals for clues and found their answer in wasps. Wasps’ wings have a certain rigidity to them necessary for actually making the insect fly. But when the wasp, or its wing, hits something solid, the wing becomes flexible and crumples in order to spread the force of impact and keep the wing from tearing. That “dual stiffness” is what gave them the idea on how to solve the problem. 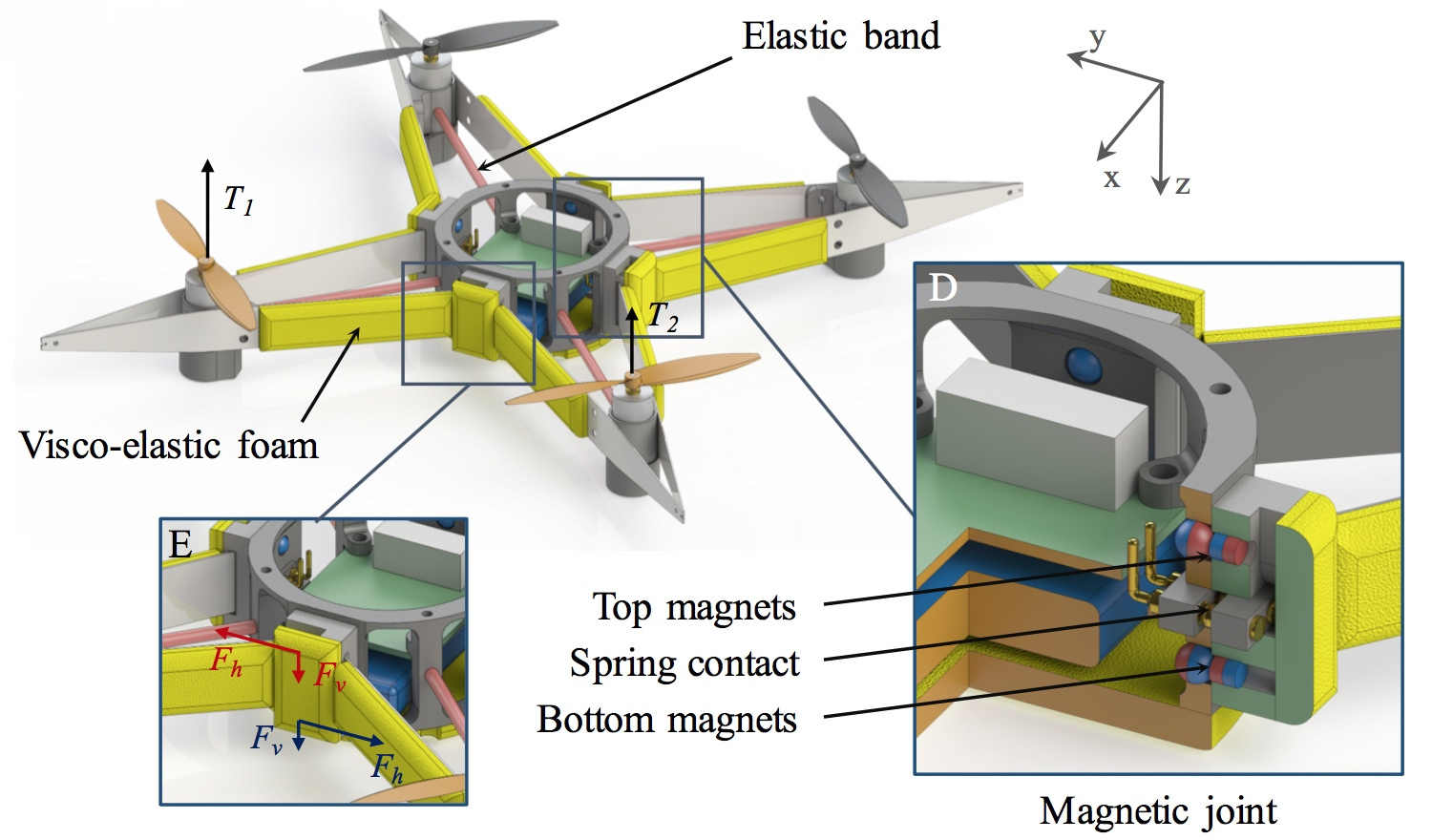 Their solution is a drone that can be both rigid, and therefore stable, as well as flexible, and therefore crash-proof. The drone is made up of two parts, a flexible frame and a rigid core. The frame becomes rigid and locks into place around the core thanks to magnets. At the point of impact, the frame breaks away from those magnets, becomes flexible, and absorbs the energy of the impact. Once dissipated, elastic bands pull the flexible frame back into position. Rinse, repeat, and fly.

Of course, it’s still all experimental, these is a research project after all, and is unlikely to be turned into a commercial drone just yet. EPFL researchers suggest that this idea of a schizophrenic rigid-flexible structure might actually be applicable to more than just drones. Robots that can be stiff or loose at a moment’s notice can be useful for situations that require both precision but also flexibility, like grasping objects.