Facebook‘s fake news problem has a lot of people riled, and it’s an issue worth addressing. As we’ve detailed before, many people get their news primarily through the social network, and so failing to sift out the questionable and fake stories paves the way for a public misinformed about many topics. Here to help address the problem is a new Chrome extension that flags those questionable or outright fake news articles in your timeline, making it easier to avoid poor content.

The extension recently appeared on Product Hunt, where creator Daniel Sieradski describes it currently as a “proof of concept.” The extension is called, appropriately enough, B.S. Detector, and it bases its content flags on sources Sieradski hand-picked — he says they include fake news websites, conspiracy theory sources, and more. You can download the Chrome extension here. 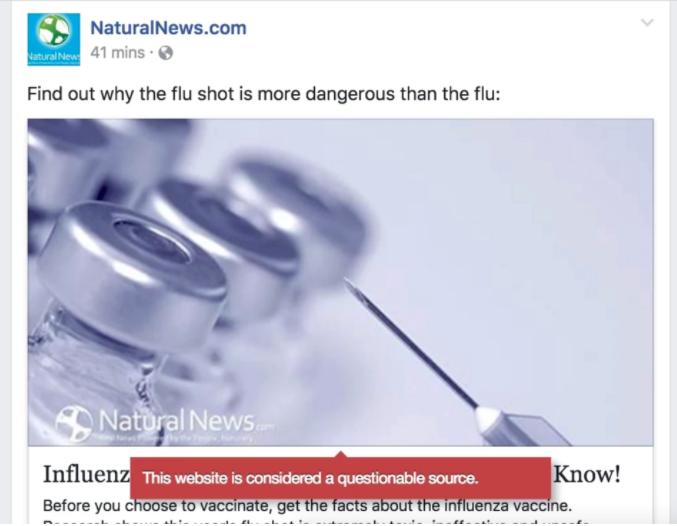 The screenshot above shows an example of what the content flags look like. “The domains [flagged by the extension] cover the political spectrum from left to right,” Sieradski explains. “…I have done my absolute best to be impartial in my selections.” You can view the current list of domains flagged by the extension here, though it is prone to being updated. It doesn’t appear users can manually add their own sources to the extension.

The Chrome extension has received a mixed bag of feedback, with some praising it as the solution to a problem Facebook has been slow to fix, while others have taken offense to some of the websites on the list — things like InfoWars, WND, and others. Overall, it appears there are nearly 300 sources on the list at this time.