Today Hasbro and Robosen Robotics announced that they’ve teamed up to create a new consumer robot based on one of the chief characters from the Transformers franchise: Optimus Prime. This new robot can not only transform between its truck and robot mode on its own, but it can also respond to voice commands and remote touchscreen controls. However, that feature set prices it well into the enthusiast range, so you can definitely expect to pay a pretty penny if you want to own one of these robots.

The steep price tag could be worth it to Transformers die-hards or fans of robotics in general, as the Optimus Prime robot Robosen has put together certainly sounds impressive. The robot can transform on its own between truck and robot form, and when in robot form, it stands 19-inches tall. Optimus Prime is built using 27 servo motors, 60 microchips, and more than 5,000 components in all, according to Robosen.

While users can direct Optimus Prime to move using 25 voice commands such as “move forward” and “turn around,” the robot can also be controlled using a smartphone companion app. It seems that Hasbro and Robosen even convinced the original voice actor behind Optimus Prime, Peter Cullen, to provide his voice for this robot, so the experience should at least be an authentic one for old-school Transformers fans. 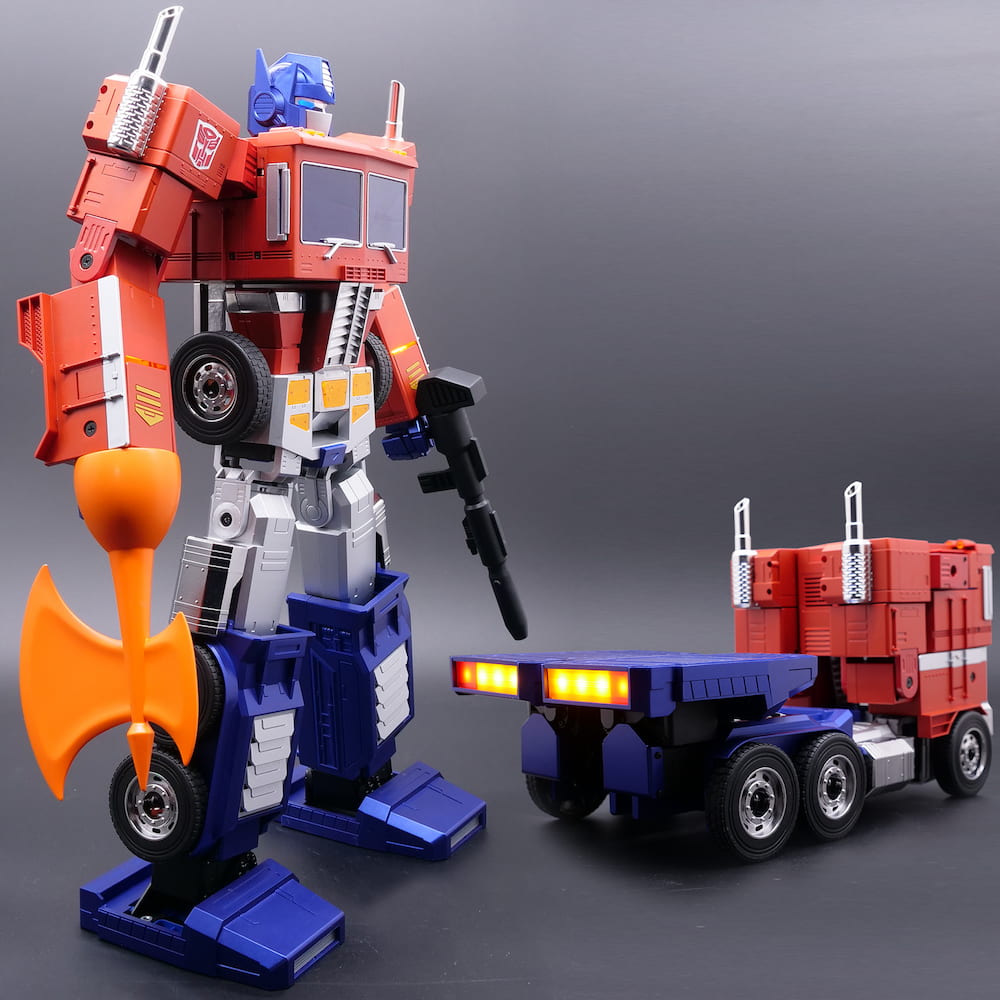 The companion app comes with a number of preset actions ready to go, but users can also create their own movement sequences using the mobile app. If you couldn’t already tell by the images in this article, the robot is based on the G1 Optimus Prime, so as such, he’s equipped with his battle axe and blaster and produces sound effects reminiscent of that first generation of Transformers.

This robot sounds pretty sweet for Transformers fans, but here’s where the pain comes in: this Optimus Prime robot is going to run $699.99 USD when it releases. There’s no question about it – that’s a lot of cash, and it probably prices it well outside the range of affordability for anyone who isn’t a Transformers enthusiast. If price isn’t too high for you, you can pre-order the robot beginning today at Hasbro Pulse, with an estimated shipping date of August 2nd.